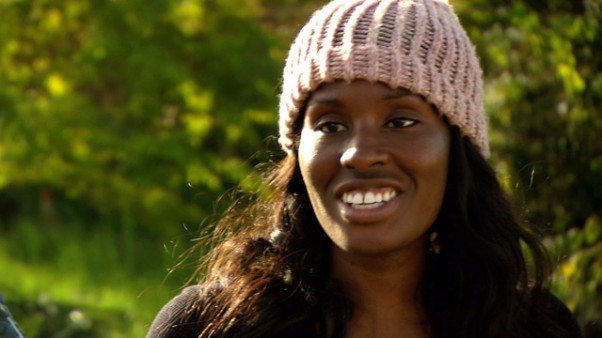 “The idea that you have to have these huge farms in order to feed people is crazy because that means there would have been nobody feeding anyone before the 1970s.”

Growing up, Abeni Ramsey loved visiting her grandfather’s urban farm in Harlem. Although she studied architecture and worked in web design it wasn’t until she fell on hard times, and as a result discovered urban agriculture, that she felt she had found her place. Since then she’s been inspired to solve some of the problems in her own West Oakland neighborhood.

What’s wrong with the way we eat today in the U.S?
I have a few problems with the way Americans feed themselves. I believe that we consume too much processed food. I believe that we eat too much meat. Both of those things are a serious strain on the land. Also our minds are so hard-locked on production, and how much you can squeeze out of an acre and how much money you can get.

When did you start urban farming and why?
I am a farmer because I love the outdoors. I’m probably better with things that don’t move and don’t talk. So I like being out, in the soil. It’s something that I understand. It makes me feel good. My whole thing is that I was given this body, and as long as I use it, maybe I won’t lose it. So I like to work with my hands and work with my muscles and to work hard so when I go to sleep at night it’s well deserved.