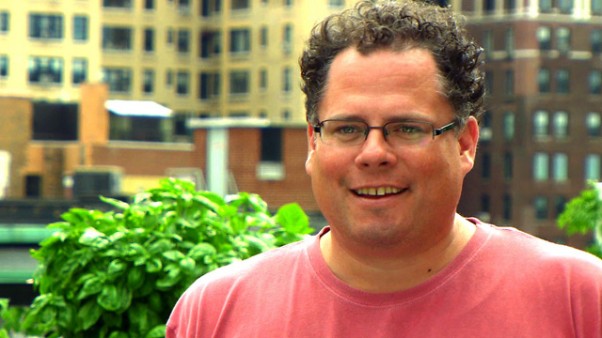 As a native son of Chicago, John Mooney’s early years were spent absorbing the rich diversity of cultures from the restaurants in his neighborhood. This passion for food not only led him into a career in the culinary arts but, also on a quest to explore the deeper connection between organic produce and the consumer.

What’s wrong with the way we eat today in the U.S.?
In America, I think we are disconnected from our food. From the source to the consumer we’re definitely disconnected. It probably happened sometime in the histories of the wars of America, where the industrialization of food moved to feed the masses as opposed to the actual quality or the source of the food.

What can we do to make it right?
I think a chef’s role in terms of educating people about food and the food system is to spread knowledge. We live in a world where there’s a lot of attraction to restaurants. Bridging the gap between source and consumer is a big thing. So, that’s part of the role I take on, also understanding the work; the appreciation for the ingredients. I like to see the look on children’s faces when they pinch a piece of mint or basil, and see a tomato grow, it’s inspiring.

When did you start urban farming and why?
I had done some conventional farming in the past. It was very difficult to manage in an urban setting, I felt with the dead space of the rooftop and the technology was smart, it just makes sense. I looked into some technology. I came across the tower garden. So then I started to test it, and work with the creator of it to get to where we are now. I’m passionate about urban agriculture because I believe it’s the wave of the future. For the setting of Manhattan, it’s the way to be. It’s smart, it’s practical, it makes sense to me.