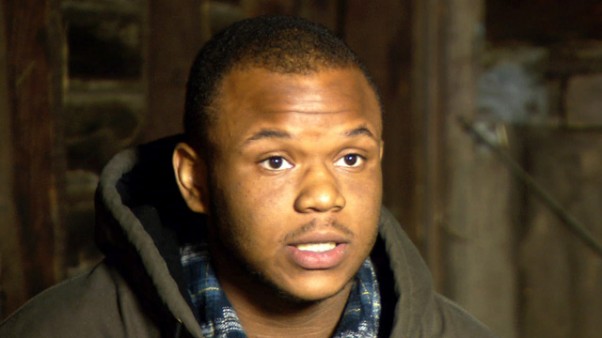 Name: Travis Roberts
Theme: Urban Agriculture
Age: Not quite 21
Occupation: Chicken farmer
Location: Corktown, Detroit, MI
Favorite Food: Peppers
Favorite Food Fact: Chicken is the most widely consumed meat on the planet and one of the richest sources of important vitamins and minerals

“I really want to teach people about growing their own food. Being able to create their own backyard gardens and being able to support themselves.”

Travis Roberts has proudly stated that farming is “in the blood”. As a child he spent many summers on his great-grandfather’s farm and cites this experience as the inspiration for his entrepreneurship in urban farming. Robert’s goals are to expand his garden and to teach his community skills in cultivating urban agriculture.

What’s wrong with the way we eat today in Detroit?
There’s no opportunity around for people, you know, no choices of fresh vegetables. The only market in the neighborhood doesn’t sell very fresh produce. It’s not very appealing.

What can we do to make it right?
Well, as an 18-year-old here in Detroit, my plan is to run a successful chicken business. I haven’t had any training on running the chicken business, so it’s kind of new for me. That’s why I want a lot of the youth in the neighborhood to be right up under me, so that they can learn as I’m learning. I want to be able to teach them to produce their own food right in their backyard. They can come here; they can learn, possibly get some seeds and plant them in their yard. And be able to take what they learn here home to their families.

When did you start urban farming and why?
The idea of having chickens in the city came to me because I wanted chickens just for myself. And with telling people what I had plans to do – it just grew. I began to think, well, maybe I have to hire a farm hand, maybe two. We need jobs in this city. If I get enough chickens I can have enough people working and that will create plenty of jobs.