Soul of a Banquet

Q&A with Soul of a Banquet Director Wayne Wang 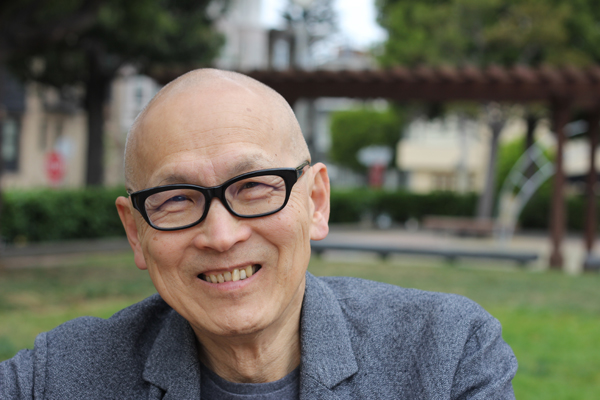 Director Wayne Wang is back with a feature-length documentary, Soul of a Banquet. Food plays a key role in many of Wang’s past films, including Chan is Missing (1982), Dim Sum: A Little Bit of Heart (1985) and The Joy Luck Club (1993), but Soul of a Banquet focuses on a Chinese chef and includes a bit of history. Focusing on 95 year-old restaurateur Cecilia Chiang, the film tells a story about one woman who bucked the trends of Cantonese-style Chinatown restaurants to open a restaurant outside of Chinatown, introducing authentic dishes to American palates.

The documentary also features acclaimed chef Alice Waters of Chez Panisse and chef and food writer Ruth Reichl, who are Chiang’s longtime friends. It centers on a 22-course Chinese banquet that Chiang hosts in honor of Waters and the 40th anniversary of Chez Panisse. Along with mouthwatering footage of exquisite and home-style Chinese dishes, the film digs deeper into the history of Chiang’s family and her losses during the Cultural Revolution, which also wiped out much of the food culture in China.

Wang, whose parents are from Jinan in Shan Dong province in Northern China, was himself born and raised in Hong Kong. He came to America for college. Wang has directed more than 20 films including Smoke, Maid in Manhattan, Last Holiday and A Thousand Years of Good Prayers. A resident of San Francisco, Wang shares some stories about making Soul of a Banquet and about food.

How did you get involved in making the documentary?

Alice [Waters] had her 40th anniversary of Chez Panisse and they had a lot of functions and events throughout the city. She asked me to document the banquet that Cecilia was cooking as part of the celebration of the 40th anniversary. So I went ahead and did that. So we spent basically a full day, from early morning until night, at first documenting the preparation of the food, and then the cooking before the banquet, and then the banquet itself.

When you were there that day, did you think it would turn into a full-length documentary?

No, I thought it was more just to document the banquet. Then as I got to know Cecilia better, I started interviewing her and more things came out with her life that I found actually quite interesting, and it sort of tied in Chinese food today and the banquet she was cooking. Everything kind of fell into place from there. It took, on an off, a year and a half to put together.

Did you get to eat the food at the banquet that day?

I didn’t because we were really rushing around. We had only one camera, so what we did is the cameraman was shooting what I asked him to do, and I would look around to see what else was going on. Like, they were preparing the next dish and we’d have to come back and shoot that.

Were there any Chinese dishes growing up that you liked?

Actually, a friend of mine, who’s also from the same province as I am, we had dinner together last week. He reminded me there’s a dish called dai wo tsoi. It’s a big pot. Usually you cook it maybe for New Year’s. It has pork belly, it has vegetables, lots of different things in one dish. (Also called da guo tsai in Mandarin). It’s a very home meal. It’s basically all your goodies in one dish.

In some of your films, food plays a big role in your films. Can you talk about that a little bit?

Well, I like food myself, that’s one. I think food is a pretty common sort of cultural identification, so to speak. I remember in Chan is Missing, George Woo, who at that time was at San Francisco State in Asian American studies, he said, “If you leave China, or wherever, everything will be different, but food is the one common denominator that will stay pretty strong.” [Although] these days, even Chinese food is sort of bastardized. It’s kind of hard to say that food is a strong. If you talk to kids growing up, I mean, they lose their language pretty fast, they lose a lot of their culture pretty fast. But if you ask them, what’s important to you about your culture, they’ll say, “Oh, food. I love gao ji (jiao zi).” So that seems to be one thing that ties them together.

Do you cook at all?

Yeah, no, I’m almost that bad.

But you love to eat!

Is there anything else you want to add about Soul of Banquet?

Later, Ruth [Reichl] talks about how the Cultural Revolution basically destroyed a lot of Chinese culture, which is true. Especially the food, because they stopped everything. There were no restaurants, there were no chefs, there was not much grown, only the basics. People ate these communal dishes. So afterwards, a lot of the food culture kind of disappeared…If you look at Chinese culture, there’s more true, authentic Chinese culture in Taiwan than China. And that’s something people aren’t aware of. For me, the documentary is pretty important in that way. It’s not just the banquet. What the banquet means, what Cecilia’s life means, what her family had gone through because of the Cultural Revolution means, those things are really key. I think that whole documentary really centers on what happened to her family during the Cultural Revolution and how it affects everything else.

This interview has been edited for length and clarity. Interview by Momo Chang, Content Manager at the Center for Asian American Media.