Smithsonian to Reopen Julia Child’s Kitchen for Her Birthday 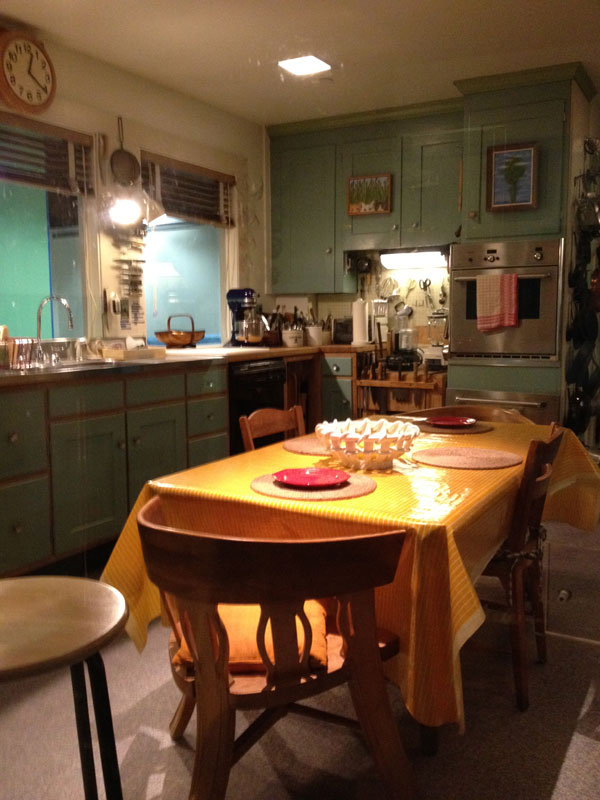 Since Julia Childs iconic kitchen opened in 2002 at the Smithsonian, 4.6 million visitors have flocked to this culinary mecca every year. Since the exhibit temporarily closed in January 2012, Smithsonian curators at the Museum of American History said their docents are asked daily what happened to Julias kitchen, but anxious foodies will not have to wait very much longer.

The museum will be re-opening the exhibit on August 15, 2012 for two weeks to commenorate what would have been Julias 100th birthday. The Smithsonian welcomed the PBS Food staff behind the barricades for a sneak peek before the exhibit returns to the public. 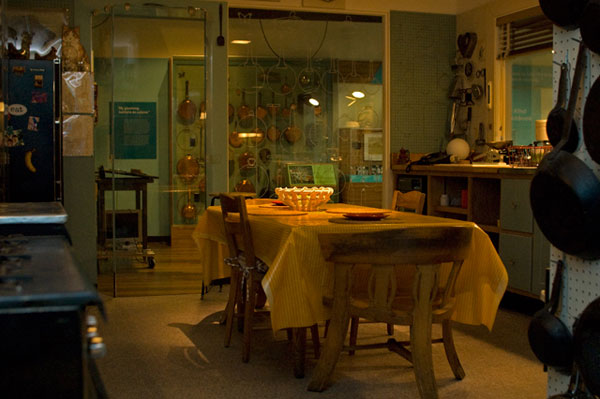 The exhibit will not look starkly different to those who have visited previously; however, a new wall has been constructed with additional windows to provide patrons additional viewpoints of the kitchen, as well as the ability to walk around the outside of the kitchen more. Paula Johnson and Rayna Green, curators of the exhibit, were looking forward to the return of Julias kitchen.

This particular exhibit is very dynamic. People want to talk to each other, share memories. said Green. They come in doing the voice (referring to Julias highly imitatable speech). 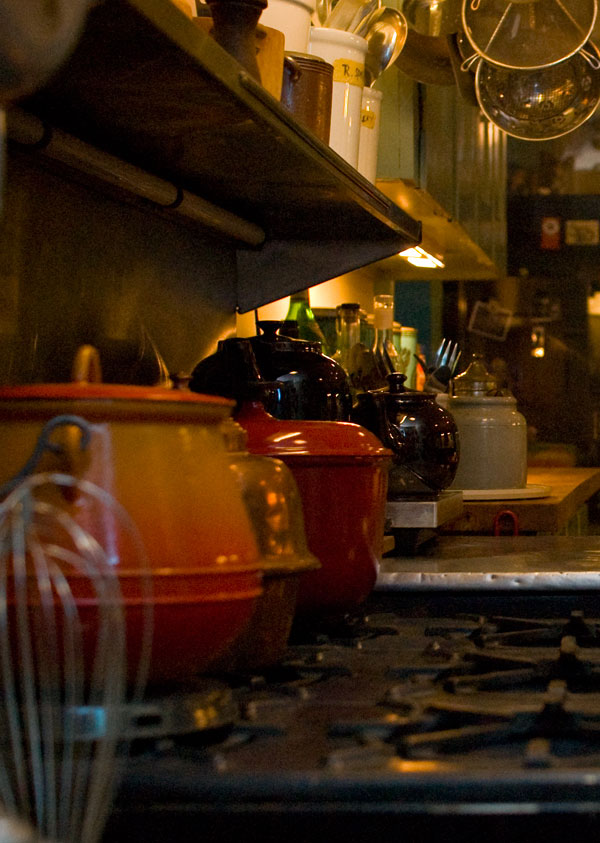 The 20 by 14 foot kitchen is presented exactly as it stood in Julias Cambridge, Massachusetts home, and was donated to the Smithsonian when she was moving to California for her retirement. The museum built the exhibit with the same level of detail as any other museum exhibit including cleaning, cataloging and documents the over 1200 objects that make up the collection. 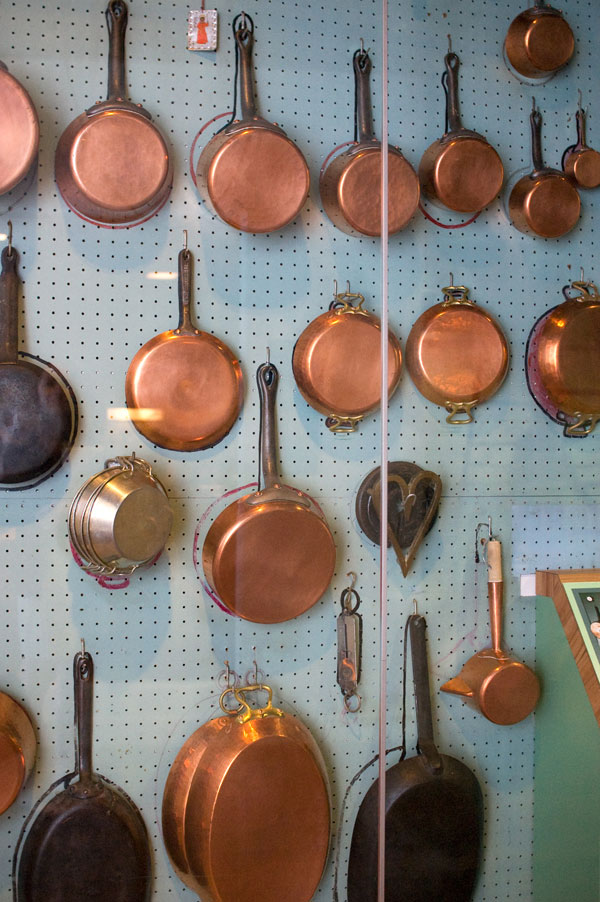 Johnson said the kitchen had not changed much after it was completed in the 1960s. It was Julias ninth kitchen after spending years living in various locations abroad, and gave her what she always wanted – a kitchen suited for someone of her height. In addition to the heighted countertops, Johnson noted that patrons can still notice details that remind us that Julias kitchen was also a working television studio. Her last three PBS cooking shows were filmed there, and one of the rods that hung the lighting is still attached to the ceiling.

They would film from the doorway by the fridge, Johnson said. They used the whole house as a studio. 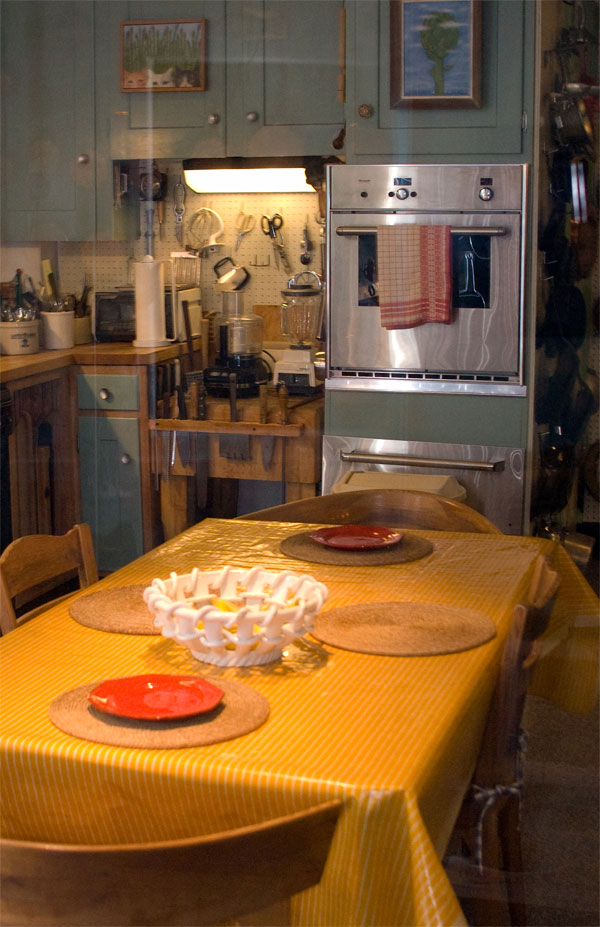 As the Smithsonian curators prepare for the return of this treasured exhibit, they couldnt help but recall the day when the staff presented the completed kitchen to Julia for the first time.

She said she wanted to go in and start cooking, said Green. She appreciated the attention to detail, and doing it right.

The exhibit first opened for Julias 90th birthday. Johnson remembered how the staff would walk through the exhibit with socks on during preparation because the floor had to be recreated (the real floor had abestos damage); however, they made an exception for Julias visit.

Julia was allowed to wear her shoes, and sit on the chairs…it was her kitchen. 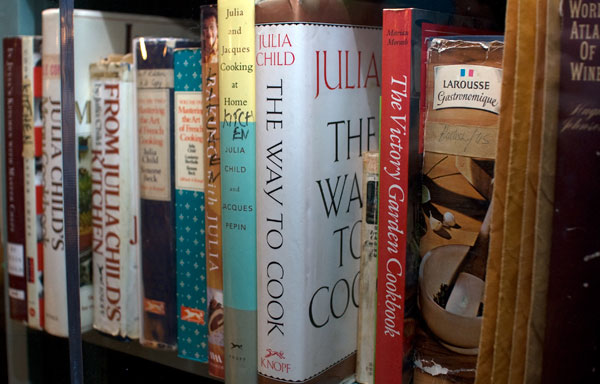 The kitchen will be opened to the public once again on the 100th anniversary of her birthday for two weeks after which construction will resume on their latest exhibit, Food: Transforming the American Table that will extend the Julia Child experience at the Smithsonian by examining food in context of who we are and what we eat.

Dont worry if you are not able to make it down to D.C. for the two week-period – the extended food exhibit is slated to be opened to the public with Julias kitchen in November 2012. 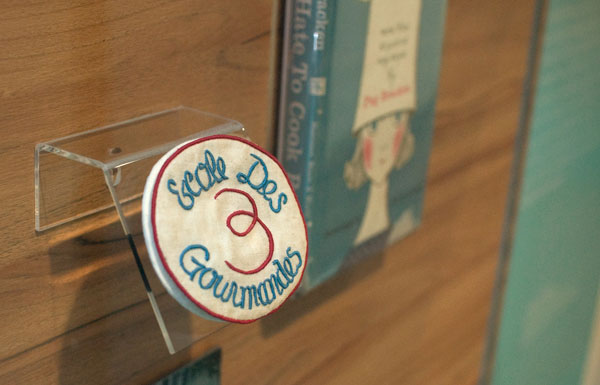 Watch How the Smithsonian Prepared for the Exhibit’s Move

Be sure to join the birthday party for what would have been Julia Child’s 100th by cooking one of her recipes as part of the #CookforJulia celebration from August 5-15th, 2012, and tell us what you made as well as what Julia meant to you!
Tags: PBS Food Originals
Learn More Providing Support for pbs.org