Lidia Celebrates America: Sweet-Sixteen in Nashville with a Singing Debut, to Boot 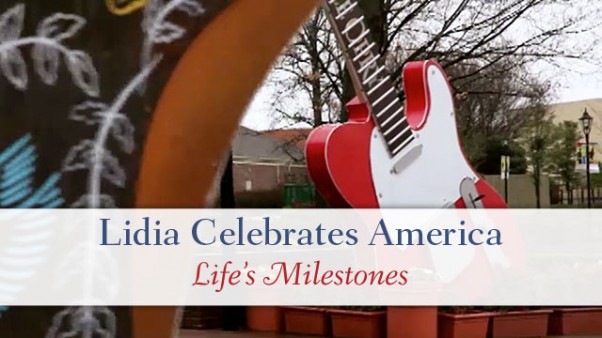 Lidia’s first milestone celebration takes her to Nashville for a French-Cajun Sweet 16 birthday party with up and coming country star Lacy Cavalier. Lacy is also preparing for her big debut at the famous Bluebird Café, where Garth Brooks and the Indigo Girls and a host of others first began. Lacy grew up in Louisiana Cajun country, but moved to Nashville to be mentored by Emmy award-winning songwriter and producer Victoria Shaw. 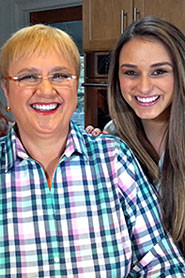 Victoria has sold more than 65 million CDs and is responsible for discovering Grammy-winning group Lady Antebellum. She gives Lidia a tour of Nashville’s Music Row, the heart of the famed neighborhood that houses record labels, studios and producers–where she’s more likely to “borrow a cup of lyrics, than a cup of sugar,” she tells Lidia.

Joining Lacy for her Sweet 16 are her family, including her dad Kevin, who prepares a favorite Cajun dish: Alligator Sauce Piquant. He explains to Lidia all the diverse combo of cultures in the dish’s ingredients, including French, Spanish, Creole, and Native-American. Victoria and Lacy warm up with a duet in the living room, and Lacy takes the stage later for her first live performance introducing her to the Nashville music scene.