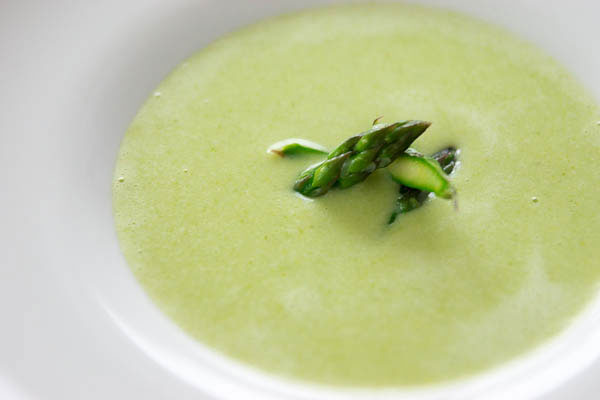 I often get asked why my website is called No Recipes when in fact theres nothing but recipes on it. Its not that I have anything against recipes; its just that I dont think anyone should feel bound by them.

Once you understand the underlying mechanics of why you add particular ingredients and prepare them in a certain manner, recipes become templates that you can customize to suit your tastes rather than a strict set of instructions. 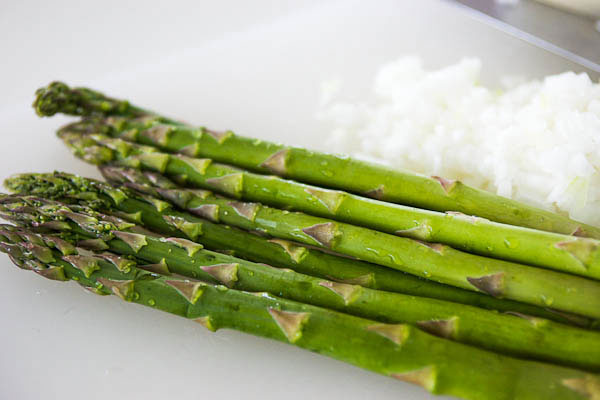 Despite her very prescriptive recipes, I think Julia Child understood this. In her seminal book Mastering the Art of French Cooking, Julia Child includes three variations of her Potage Parmentier recipe followed by a section which lists vegetables that can be added or substituted to come up with dozens of variations.

Ive come up with an updated version of the classic, but like Julias recipe, you can play around with the ingredients and proportions to make the perfect soup for the season! 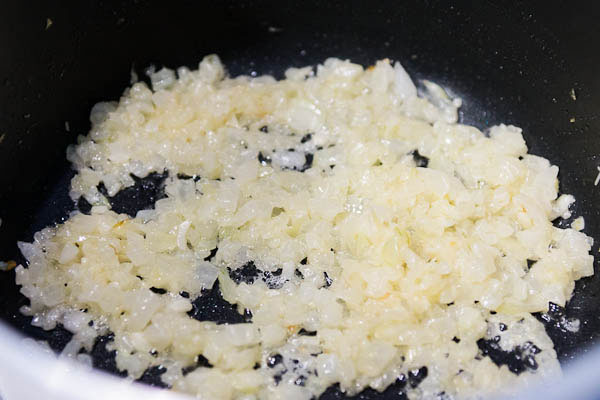 I used asparagus in this recipe because its what looked good at the market, but you could really make this with just about any vegetable thats in season. Replace the asparagus for corn in late summer, substitute in mushrooms in fall, and in winter you could use root vegetables. Likewise, the onions could be replaced with leeks, shallots, scallions or ramps. 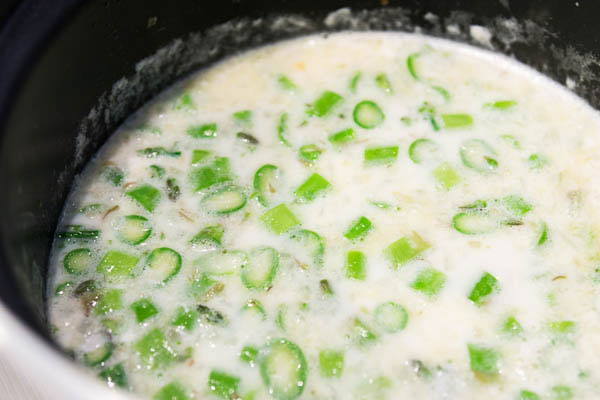 While I used a 50/50 ratio of milk to stock, you could lean heavier towards the milk for a creamier soup or shift the balance towards the stock for something lighter. Make it vegan by using olive oil, vegetable stock and soymilk, or go the other direction by adding bacon or duck fat. 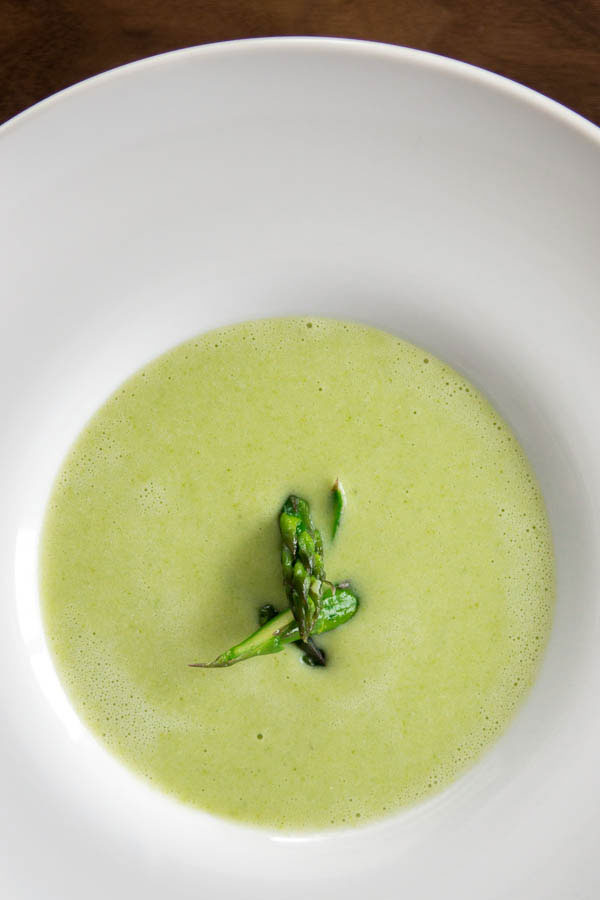 Like Julias Potage, Ive used a starch to thicken this soup instead of a roux. This not only makes it gluten-free it simplifies the process. Unlike Juilas recipe, Ive used cooked short grain rice (a.k.a. leftovers), but you could use potatoes, corn tortillas, or bread as alternatives, depending on what you have on hand.

Following Julia Child's template, Marc Matsumoto creates Potage Creme d'Asperges in his own variation on Potage Parmentier from her classic cookbook in a full post on the Fresh Tastes blog.