Get Grilling with Bacon-Wrapped Salmon 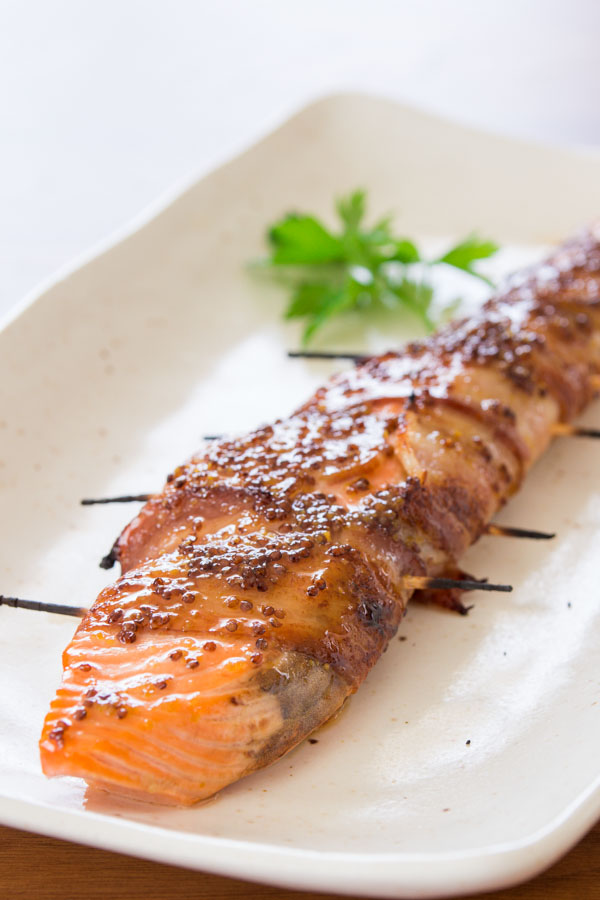 While bacon wrapping may have seemed like an over-the-top fad (which it often was), there are some solid culinary reasons why the technique was probably first devised.

First, and foremost, bacon contains a lot of fat, which helps insulate leaner cuts of meat and fish from the intense heat of a grill, while continuously basting them with the oil rendered out of the pork. Secondly it seasons whats inside with both the flavor and salt from the smoked pork. Finally in the case of fish, it not only prevents the fish from sticking to a grill, it lends structure, keeping it from falling apart. 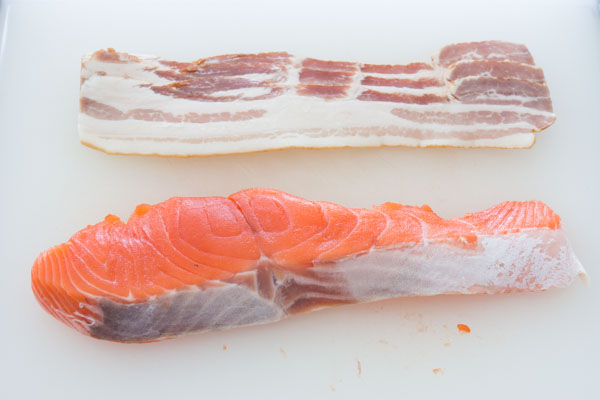 If youve ever accidentally spilled maple syrup on your bacon at breakfast, I dont need to tell you how well crisp smoky bacon and nutty maple syrup go together. Add to that some whole grain mustard and bright lemon zest and you have the makings for some wonderfully complex flavors from only a handful of ingredients. These all come together into a glaze that coats the bacon wrapped salmon, caramelizing on the grill to create a crisp, sweet and savory shell that keeps the salmon moist while giving it a big boost in the flavor department. 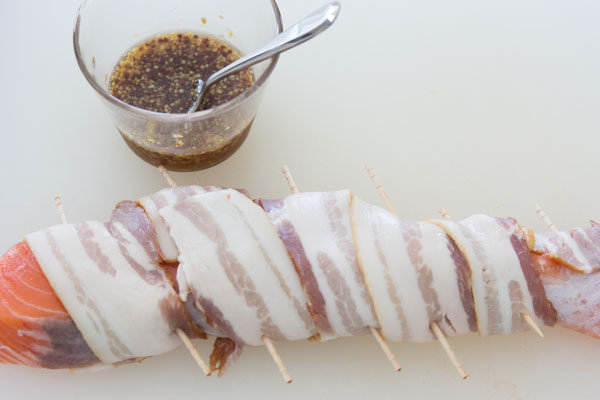 For this dish, I like using salmon steaks because they yield two perfect sized fillets and are cheaper than salmon thats been filleted at your fish monger. Youll need to debone them, but heres a great video that shows you how. 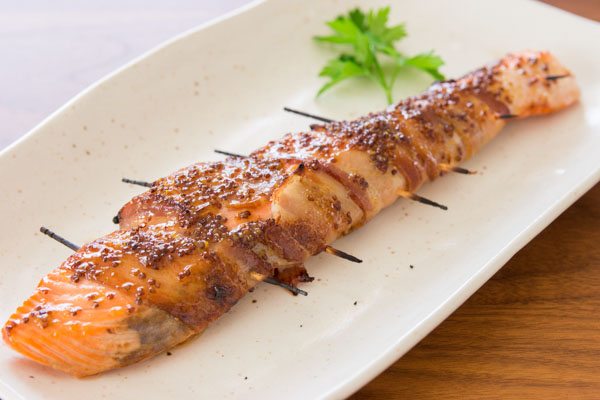 Bacon is a great insulator for grilled meats. Food blogger Marc Matsumoto tells you why in a full post on the Fresh Tastes blog.