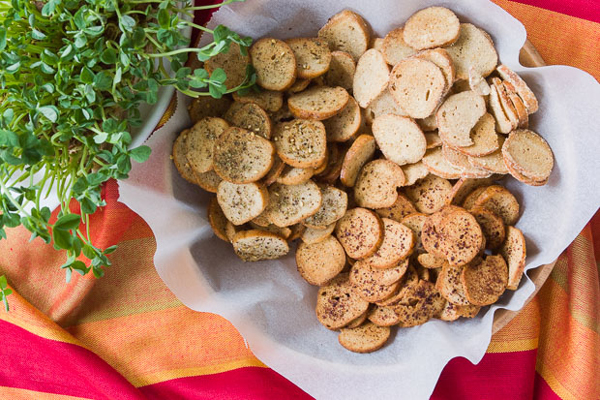 While I usually manage to get through bagels I buy individually, buying a whole bag inevitably leaves me with bagels that could be used for a sport in the Winter Olympics (assuming they don’t turn into a fuzzy green science experiment before that).

After spending $3.50 on a small bag of bagel chips the other day, it occurred to me that these are the easiest things to make in the world and a great way to use up bagels that would otherwise be thrown away. 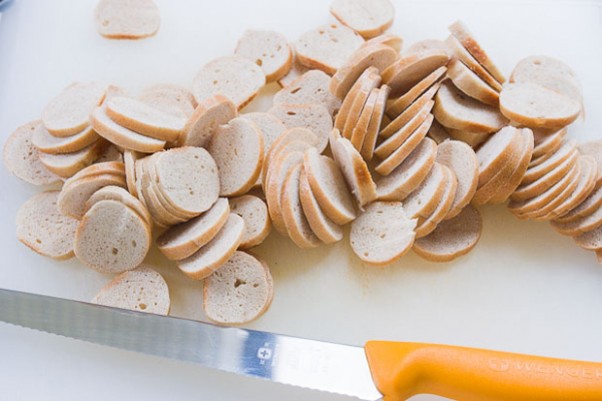 The process is pretty simple. Just slice them up into rounds that are roughly the same thickness. Put the slices in a bowl and toss them with olive oil before baking them in a moderate temperature oven (too hot and they’ll burn before they crisp). Finally to finish them off, you just toss them while hot with seasonings such as sea salt, cheese powder or spices. 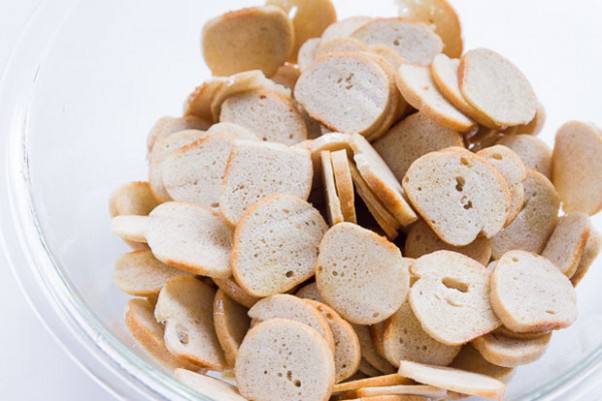 For these chips, I dusted a third with white cheddar and onion powder, a third with zatar and sea salt, and a third with sumac and Himalayan pink salt. Any dried spice or spice blend will work such as curry powder, celery salt or chili powder. Powdered cheeses such as parmesan or powdered cheddar (for popcorn) are also delicious. Finally, you can make sweet bagel chips by tossing them in spices like cinnamon or pumpkin pie spice along with powdered sugar. 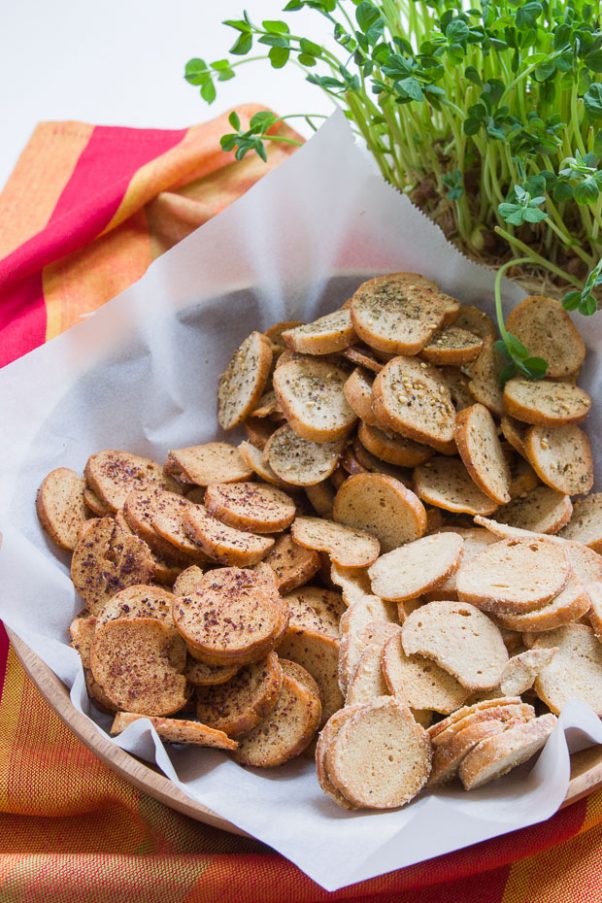 Use your favorite sweet or savory seasoning to flavor this simple, but tasty snack.
(Recipe Courtesy: Marc Matsumoto from the Fresh Tastes blog)

Marc Matsumoto is a culinary consultant and recipe repairman who shares his passion for good food through his website norecipes.com. For Marc, food is a life long journey of exploration, discovery and experimentation and he shares his escapades through his blog in the hopes that he inspires others to find their own culinary adventures. Marcs been featured in the New York Times, Wall Street Journal, and USA Today, and has made multiple appearances on NPR and the Food Network.
Tags: Oscar Recipes