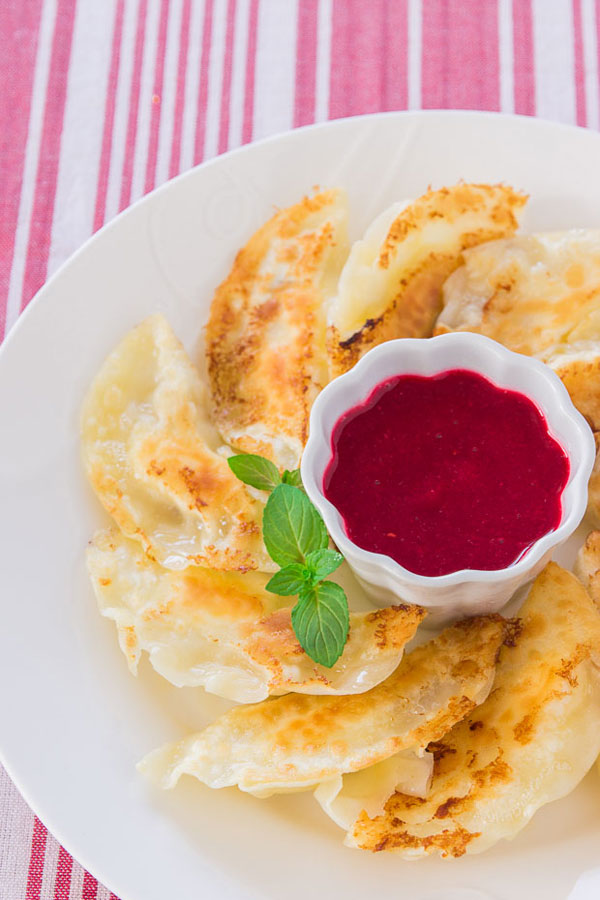 I’ve always known that potstickers are a great way to wrap your favorite things into bite-sized parcels of deliciousness, but after making these tasty apple pie potstickers, I’ve been experimenting with different dessert fillings as well. 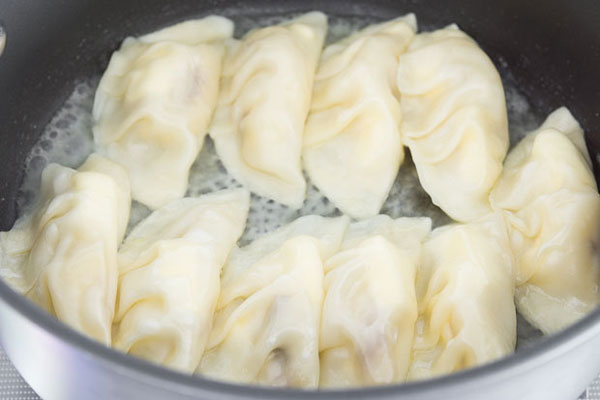 The other day, I woke up craving buttery banana pancakes, smothered in raspberry jam, but when I got out of bed and checked the fridge, there were no eggs or milk! What I saw instead were some leftover potsticker wrappers and the remnants of a block of cream cheese, which got me thinking… 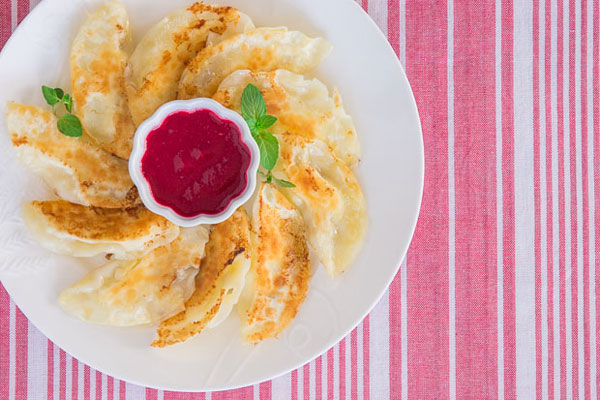 Less than 15 minutes later I was sitting down to this delightful breakfast! With a crisp buttery side, a tender noodly side and creamy banana filling. They’re fantastic served with a raspberry coulis, they’d also be great with a caramel sauce, maple syrup, or even a simple dusting of cinnamon sugar (think churros meets cheesecake). 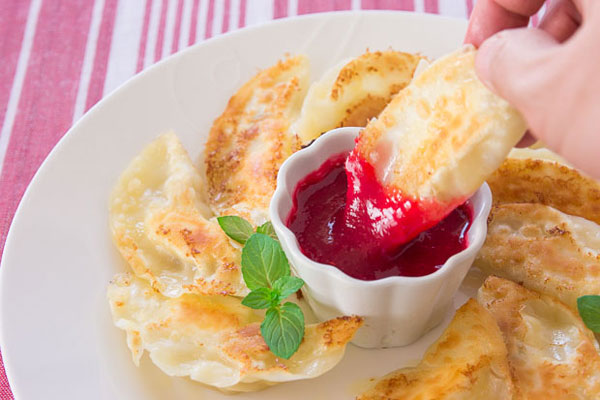 These dessert potstickers feature a sweet filling that you can customize to your taste.