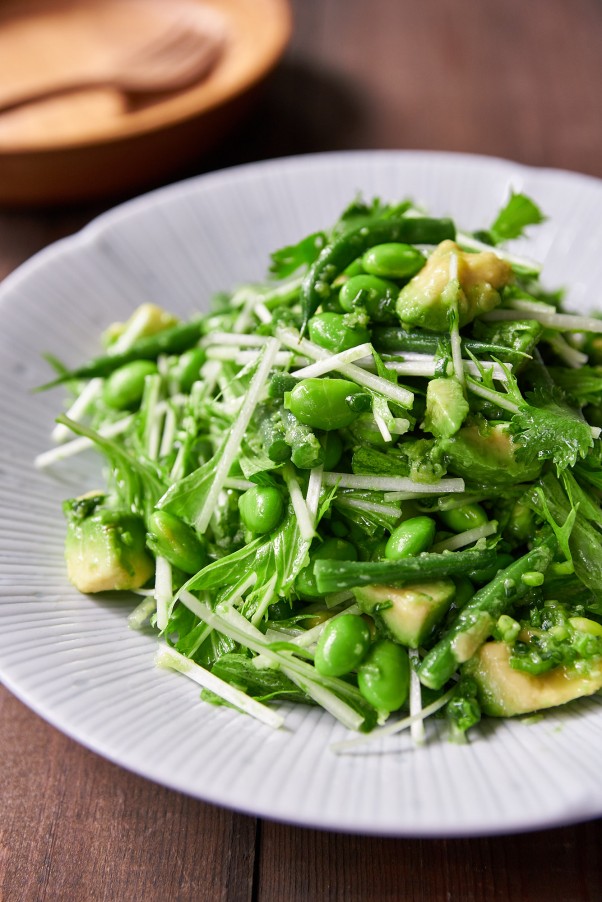 Although edamame is most commonly served as an addictive appetizer, it’s actually an incredibly versatile ingredient that’s a good way to add color, umami and protein to a dish. Similarly avocado has become a bit of a one-trick pony lately with the whole avocado toast craze, but it makes for an awesome addition to pasta and is even up for being added to to a stir-fry. But before all of that, avocado was a humble salad ingredient that was occasionally mashed up into a popular dip. 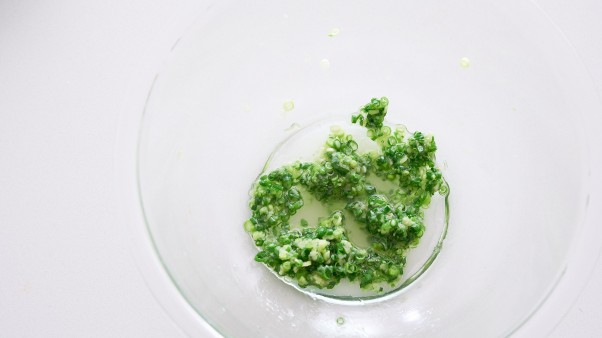 Most of the time, people go out of their way to make salads look like they were dusted with rainbow unicorn confetti, but going monochrome is far from boring. With textures that range from rich and creamy to crisp and juicy, along with loads of flavor coming from the ginger and scallion dressing, this green salad is as satisfying as it is delicious, and it can be put together in a matter of minutes. 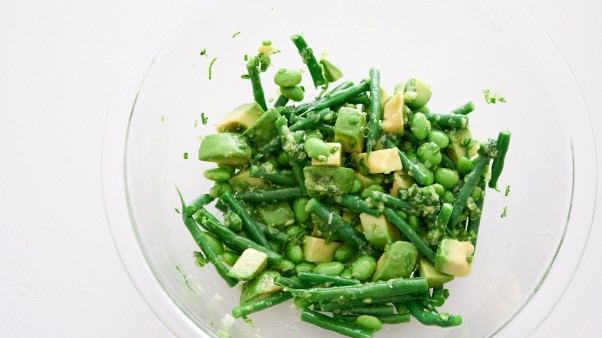 I like using mizuna because it has a wonderfully crisp texture that lasts, even after getting tossed with the dressing, but any hearty leafy green such as kale or napa cabbage will work. Also, I’ve used cilantro as the herb here, but mint, thai basil, parsley or dill are other great options, that will greatly alter the flavor profile of the dish. 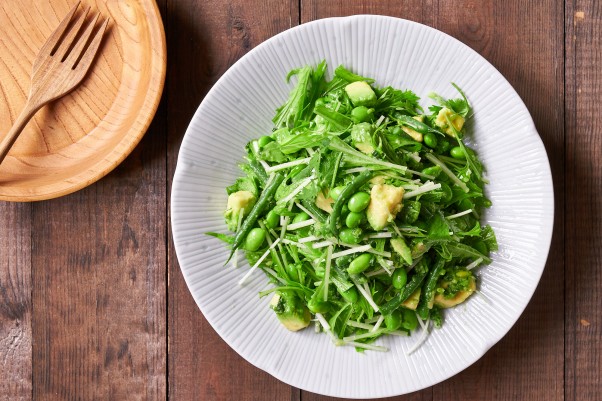 While this avocado edamame salad has plenty of substance thanks to the namesake ingredients, you can add some extra protein in the form of cooked shrimp, tofu or chicken if you want something even more substantial. 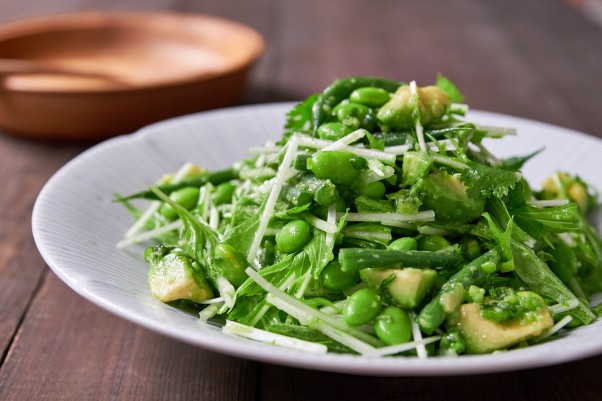 Although edamame is most commonly served as an appetizer, it's actually an incredibly versatile ingredient that adds color, umami and protein to a dish. (Recipe Credit: Marc Matsumoto of Fresh Tastes.)