Bring Out the Sweetness, Sweet Onion Spaghetti is Here 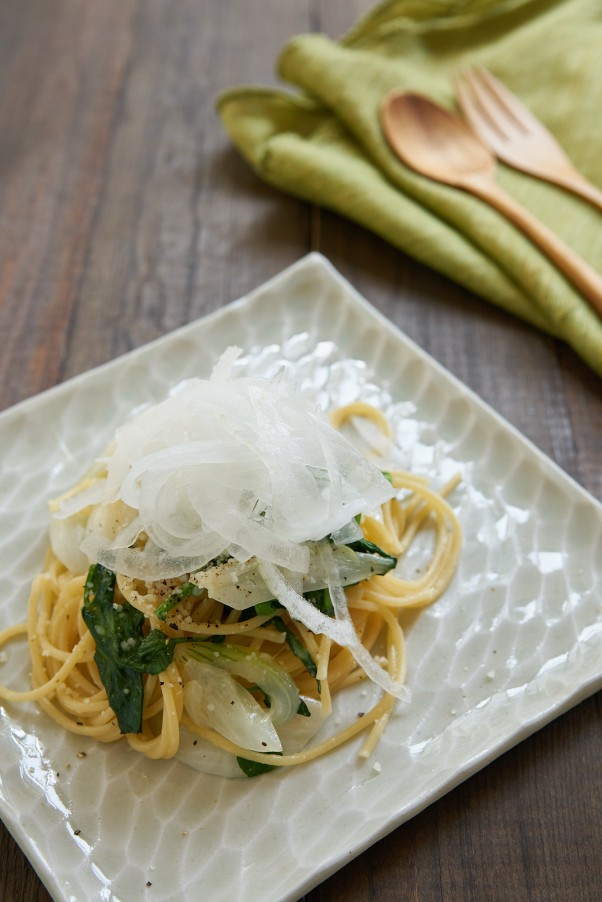 Unfortunately many “sweet” onions at the market are high sugar cultivars, but they’ve been grown in regular soils, so it’s hard to taste the sweetness over their spiciness. But you can rid them of their pungency by leaching out the volatile sulfur compounds in a process called taming. This simply involves slicing the onions and soaking them in a few changes of water until they’re no longer spicy. Adding some baking soda to the water will help neutralize the sulfur compounds, speeding up the process. 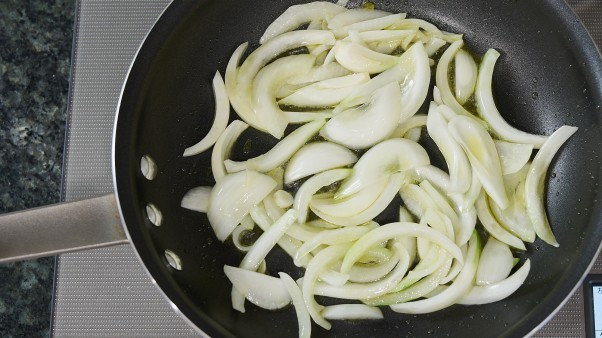 By dividing the onions in half and preparing them differently, you’re able to enjoy two different textures of onions as you eat the pasta. Half the onions are sliced paper thin with a mandoline against the grain. This helps speed up the taming process, and soaking them in water has the additional benefit of giving them a wonderfully crisp texture. 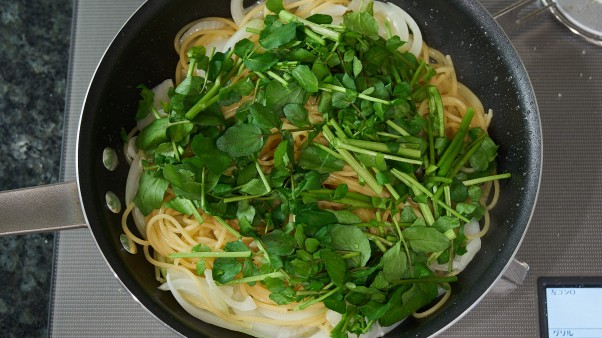 The other half of the onions are sliced by hand with the grain, which helps preserve their shape and texture as they cook. They’re sauteed just long enough to take the edge off of them and bring out their sweetness, but not so long as to make them mushy. Toss these together with some spaghetti, pecorino romano and a little of the boiling liquid from the pasta and you have a super simple pasta that’s ultra satisfying. 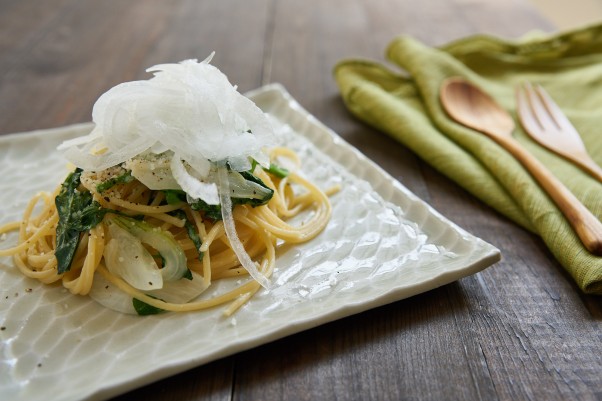