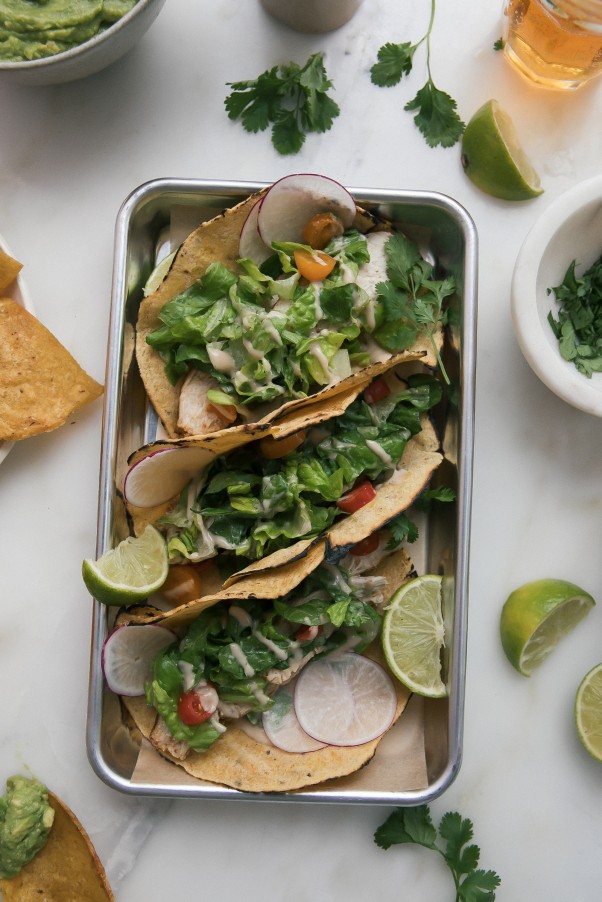 You might be giving me a bit of side-eye because I put a salad in tacos and this is definitely one of those NOT traditional recipes. But I think it workshear me out. Caesar salad actually was invented in Mexico. There are a lot of disputes about this but it definitely makes sense that its Mexican. I visited Cabo San Lucas last year and really wanted to head to the place that invented the caesar salad but wasnt able toit was a huge bummer. 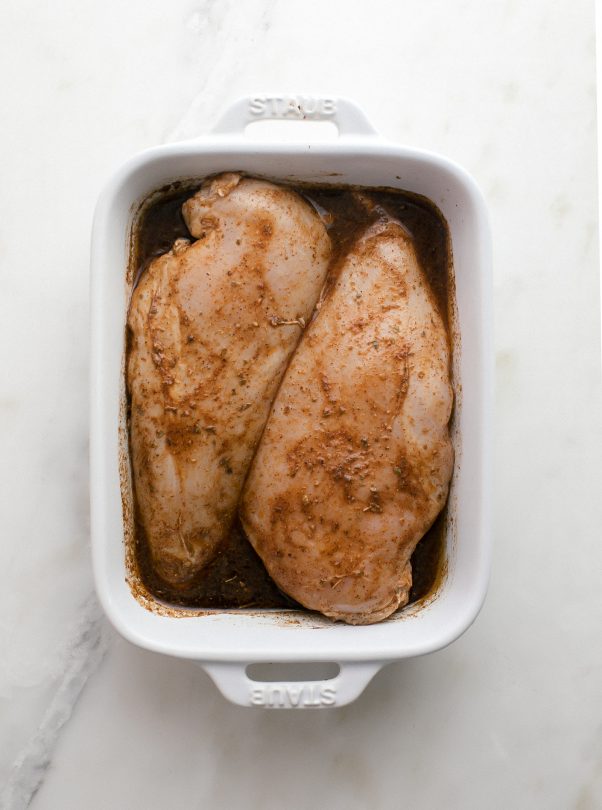 This caesar dressing is egglesswoohoo! I adapted it from Burrell and its SO good. I love making it eggless because I actually dont miss the thickness/egg yolk and everyone can eat it, worry free!

The romaine is tossed in the dressing and tops the best skinless, boneless chicken breast ever. 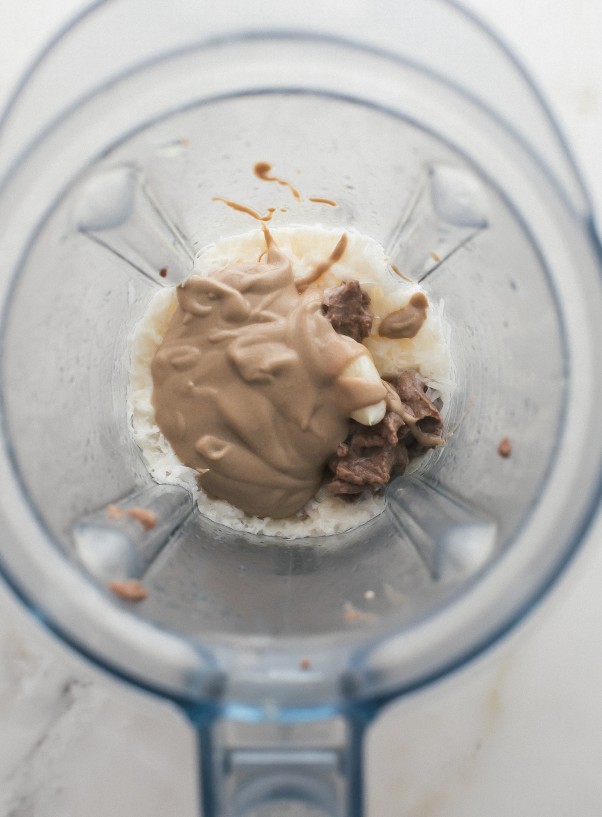 When I think of boneless, skinless chicken breast, I usually think of something that is dry and awful and terrible tasting. But this is quite the opposite. The marinade consists of lime juice, Ancho chile pepper, cumin, coriander, salt and pepper. Its SO flavorful and I just cooked it in the pan until it was firm to the touch. I sliced it up and filled some tortillas with it. I then topped it with the caesar salad, an extra topping of dressing, some tomatoes and radishes and cilantro and OMG these tacos were so good. 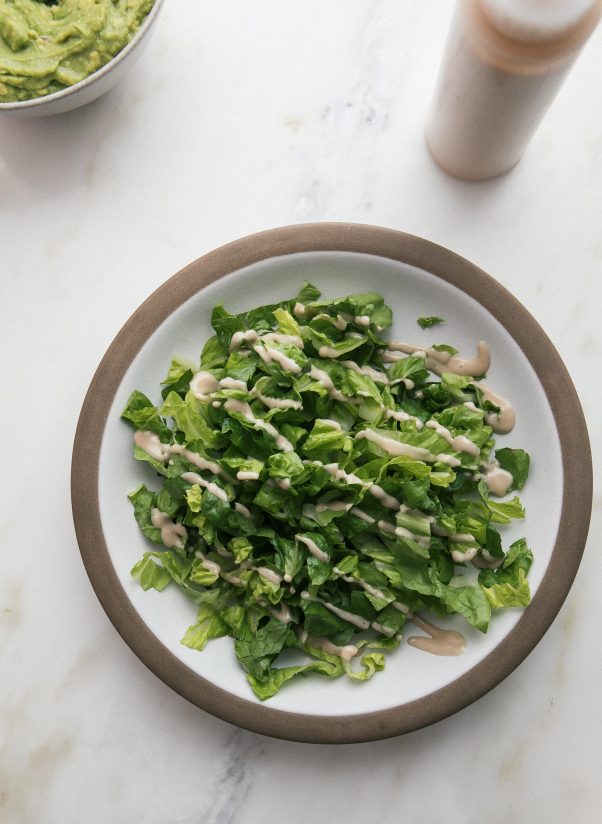 Ill even go so far as to say that I kinda just wanted to eat it without the tortilla. If youre trying to eat a bit healthier, that option has your name all over it! 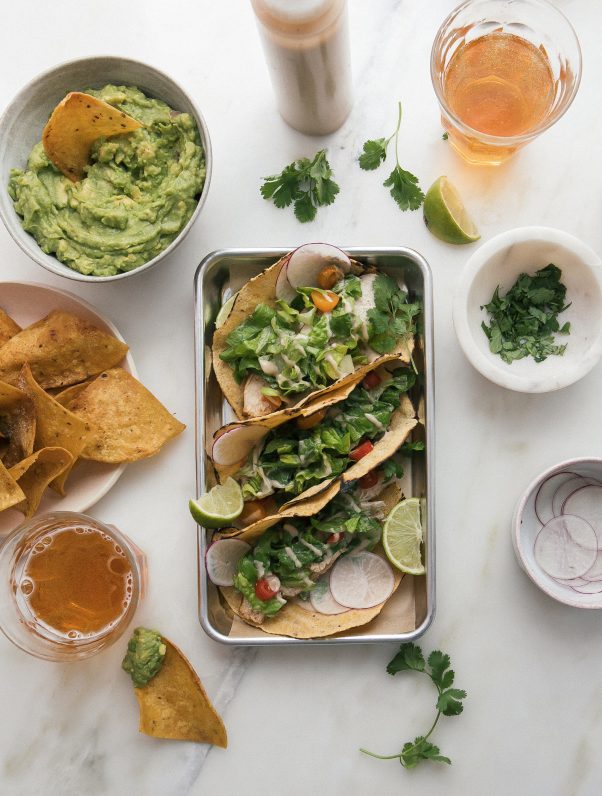