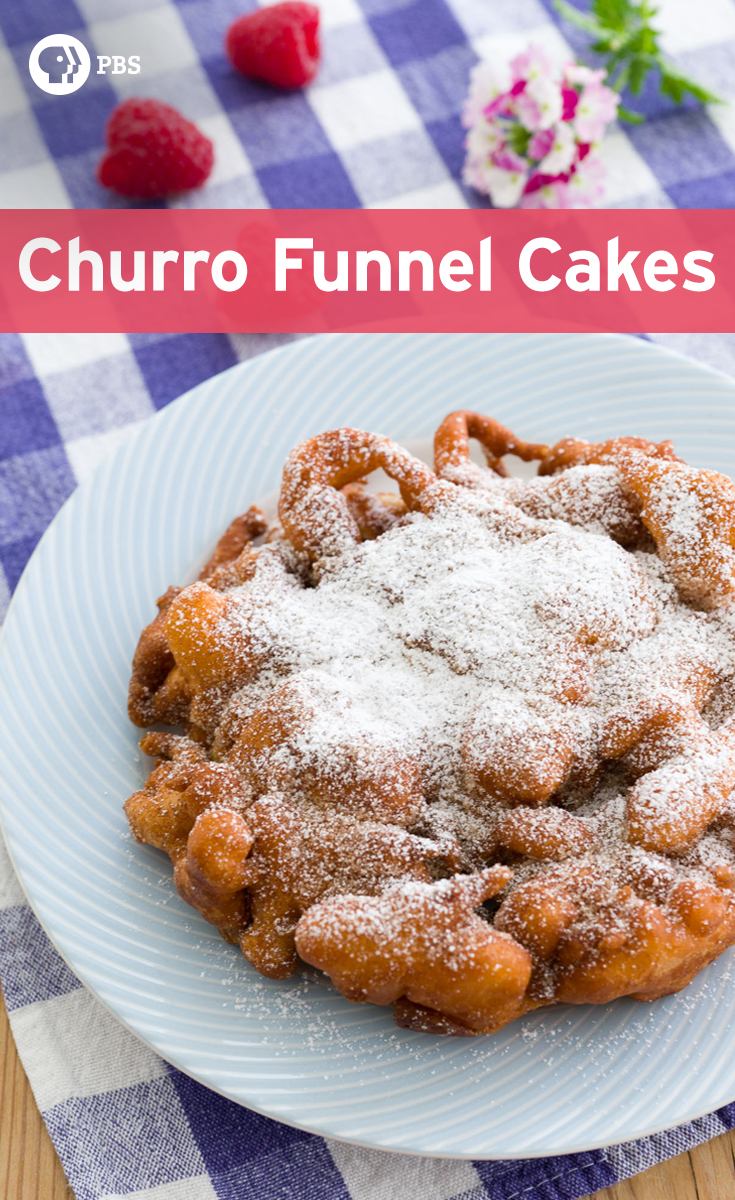 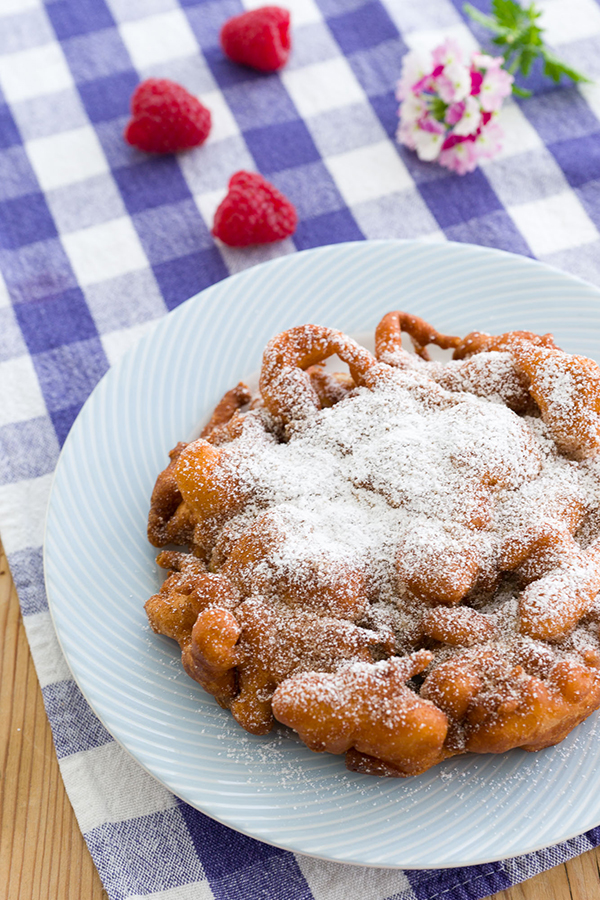 County fair season is in full swing and it never ceases to amaze me how people manage to come up with increasingly creative foods to fry. While fried cookie dough and fried butter may be all the rage these days, one of the original fried fair foods is still among the most popular: the funnel cake. 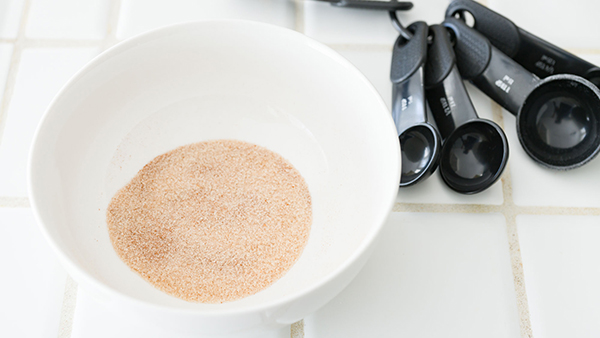 Although in theory a funnel cake is supposed to be a wispy nest of crisp batter, they often end up being leaden pucks of grease and sugar that reek of old oil. That’s why I usually prefer churros if I’m gonna go with fried batter. The problem is that churros aren’t something you can make easily make at home without some special equipment. 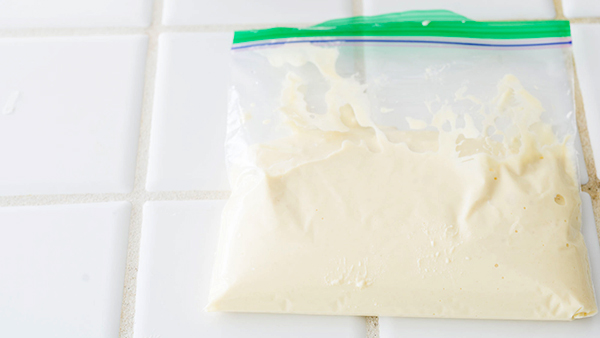 It’s this train of thought that led me to this churro funnel cake. It takes the best of both classics and comes together in mere minutes, without any special ingredients or equipment. The texture is light and crispy on the outside and soft and slightly chewy on the inside. Coated in a generous helping of cinnamon sugar before being dusted with powdered sugar, it’s an addicting treat that will be gone before you know it. 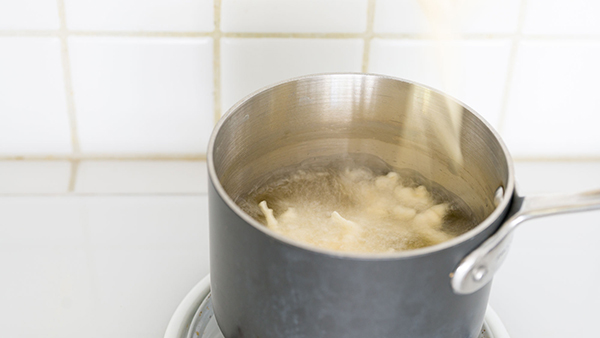 I started with my blueberry yogurt pancake batter, and then swapped out the yogurt for buttermilk because I wanted the batter to be more runny. Then I got rid of the butter (because it doesn’t need the extra fat), and the sugar (because a sweet dough will burn). 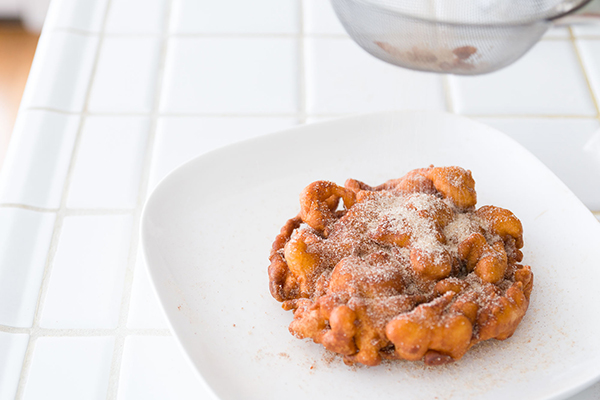 Normally with a pancake batter you want to mix it as little as possible to keep them fluffy, but since I was going to pass this through a funnel I was worried lumps of flour may clog up the hole. To avoid this, I whisked the batter until it was totally smooth. This turned out to be a great call, because it not only flowed well, it also made the funnel cakes just a bit chewy in the center, giving them a churro-like texture. 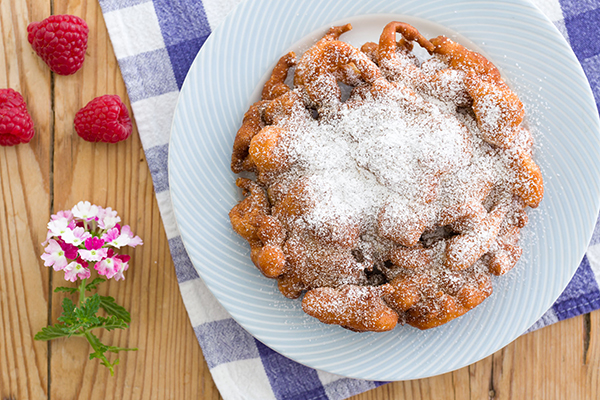 As it turned out, the funnel I have has a spout that’s too small to pass the batter, so I used a sealable sandwich bag with the corner cut off. This ended up being easier to handle and made one less thing to wash, which is why I recommend it, but if you have a funnel with a larger spout, you could give it a shot.

These Churro Funnel Cakes are a Spanish and Mexican twist on a favorite state fair pastry. (Recipe Credit: Marc Matsumoto of Fresh Tastes)