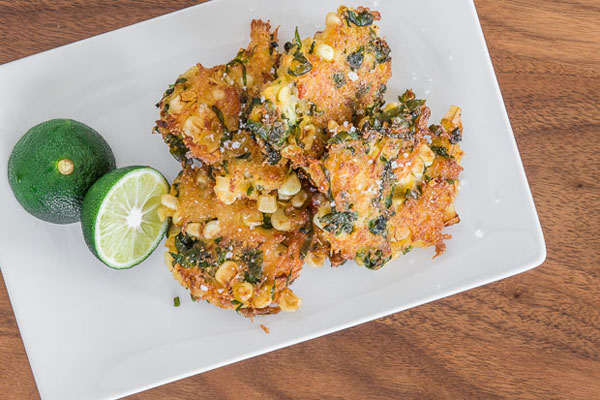 These corn and crab fritters may not look like much, but one bite and I promise you’ll be hooked. With a golden brown shell made of caramelized cheese on the outside and crisp sweet corn and flavorful crab on the inside, it’ll take more than a little willpower to stop at just one of these light crisp fritters. 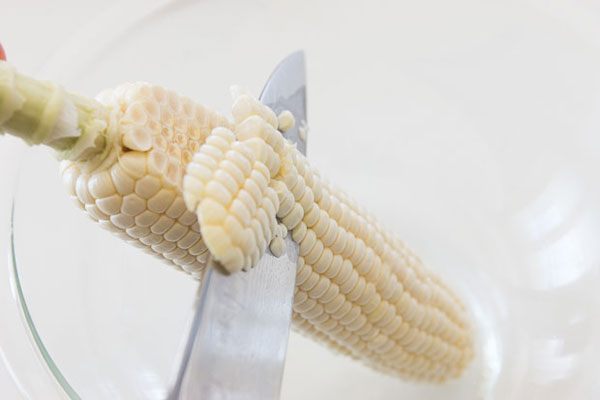 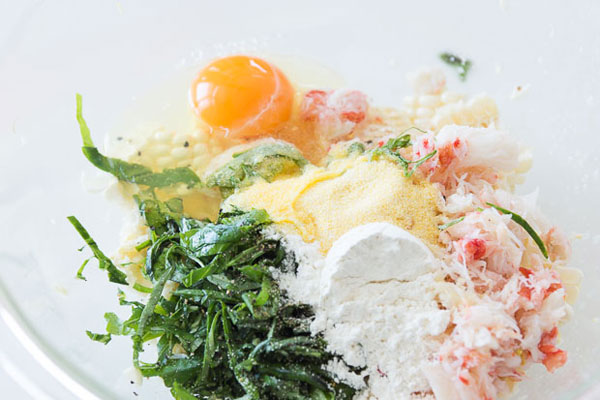 Because fritters can often be greasy and leaden, I opted to use as little batter as possible, allowing the cheese to hold things together once it melts. The mixture does tend to crumble as you’re adding it to the pan though, so it may take a few tries to make a fritter that holds together. The trick is in getting an even mixture of crab and corn in your tablespoon and then slightly compressing it together before adding it to the pan. 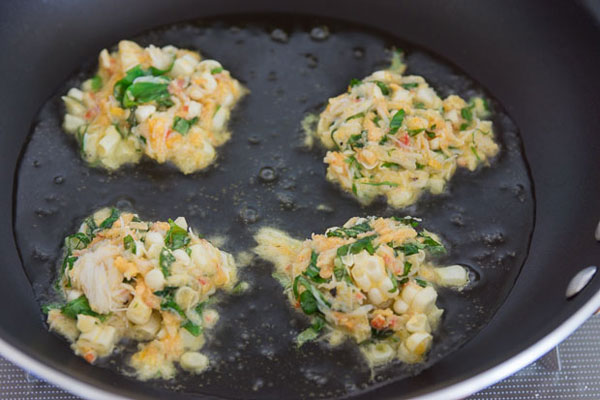 For your effort, you’ll be rewarded with light crisp fritters that that taste like they were made entirely out of corn, crab, basil and cheese. 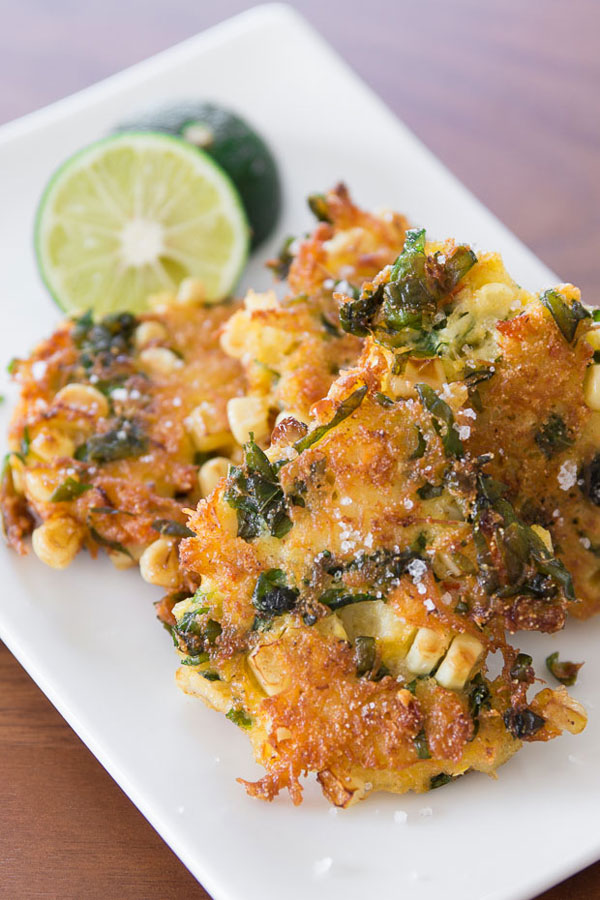 Caramelized cheese creates a shell around these crab and corn fritters. (Recipe Courtesy: Marc Matsumoto of the Fresh Tastes Blog)