Go Vegan for a Meal with Corn Soup 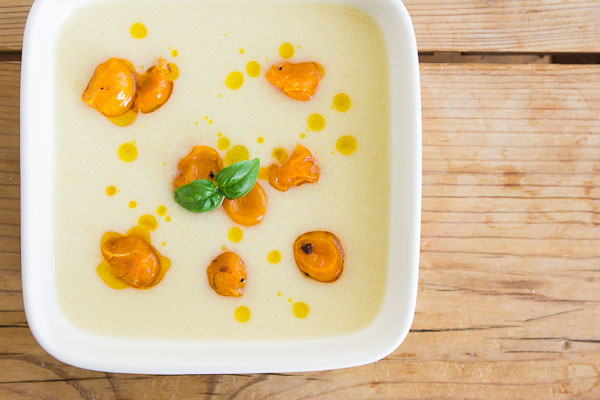 I know this is going to turn some people off, so let me just get it out there first. This soup is vegan. Yes, as in no meat, no dairy, no eggs. I know some of you are thinking, It would be so much better with cream or chicken stock, but take it from an unapologetic meat-eater; this soup works better without a meat stock or dairy.

How could this be? Well, lets start with the base. Leeks are a great way to add a lot of flavor to any dish, and caramelizing them makes them sweeter and more mellow, while developing a ton of flavorful compounds through the Maillard reaction. 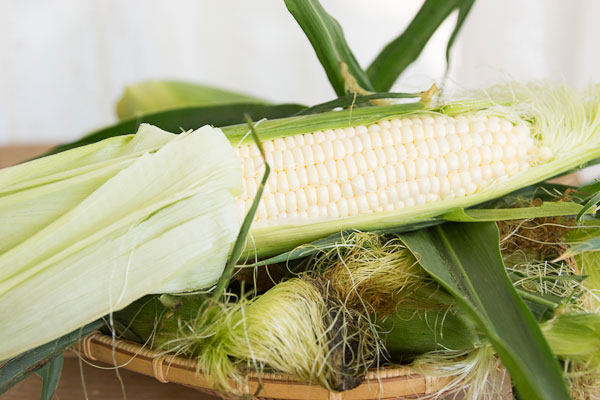 If youve ever marveled at how the savory sweet flavor of corn lingers in your mouth long after youve gnawed the last kernel off the cob, its because corn is a food with a relatively large amount of glutamic acids. This group of organic compounds is whats responsible for setting off the umami taste receptors on your tongue. MSG is the synthesized version of these naturally occurring compounds. By making a stock with the cobs of the corn before adding the corn itself, youre extracting the most flavor from the corn as possible. 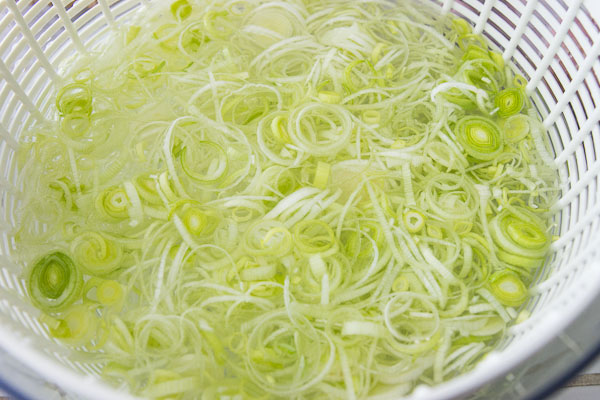 The caramelized leeks, corn and water are enough to make a delicious soup, but I decided to up the ante and added some soymilk. The soymilk not only adds additional creaminess, it also contributes a subtle nuttiness that thats a nice compliment to the corn. Soy is also high in glutamic acids, which means it brings even more umami to the party.

Tomatoes are also a food with a lot of umami compounds and roasting them only accentuates this through the aforementioned Maillard reaction. Theyre also pretty to look at and provide a nice sweet and sour contrast to the rich soup.

I put rich in quotes not because Im trying to be sarcastic, but because its not the cloying kind of richness imparted by adding fat (butter or cream). Instead, its a richness that comes from a complex mélange of flavors, all possible courtesy of some very tasty summer vegetables. 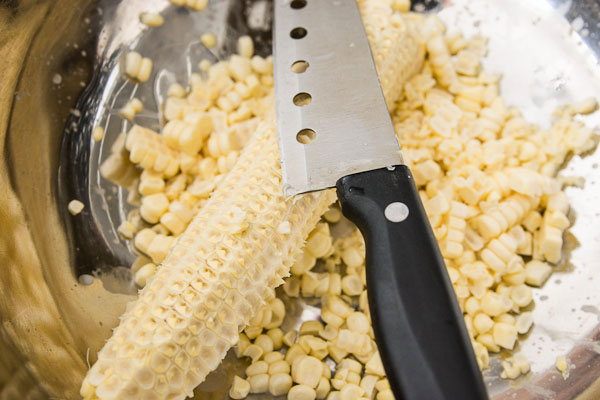 Though corn soup is often served with a cream or chicken stock, you will prefer this vegan version. Marc Matsumoto explains why this vegan soup is better than a chicken or cream stock in a full post on the Fresh Tastes blog.

Usher in Fall with Lentils and Sausages
Prepare Baked Apples for a Seasonal Dessert
Learn More Providing Support for pbs.org