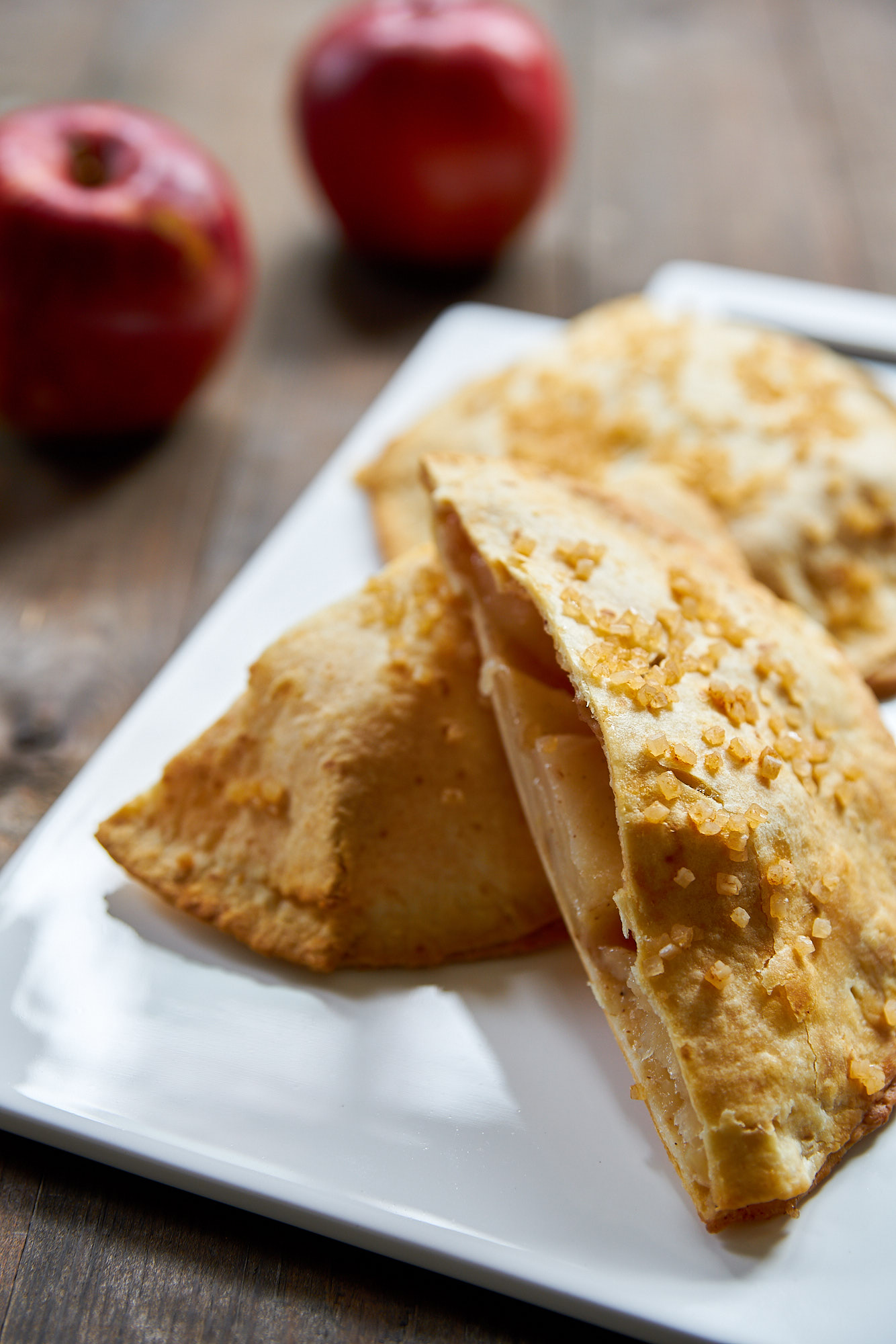 Sometime over the last week, the heat and humidity of summer finally gave way to the brisk chill of autumn. Add to that, a stressful week, and I’ve been craving comfort foods. 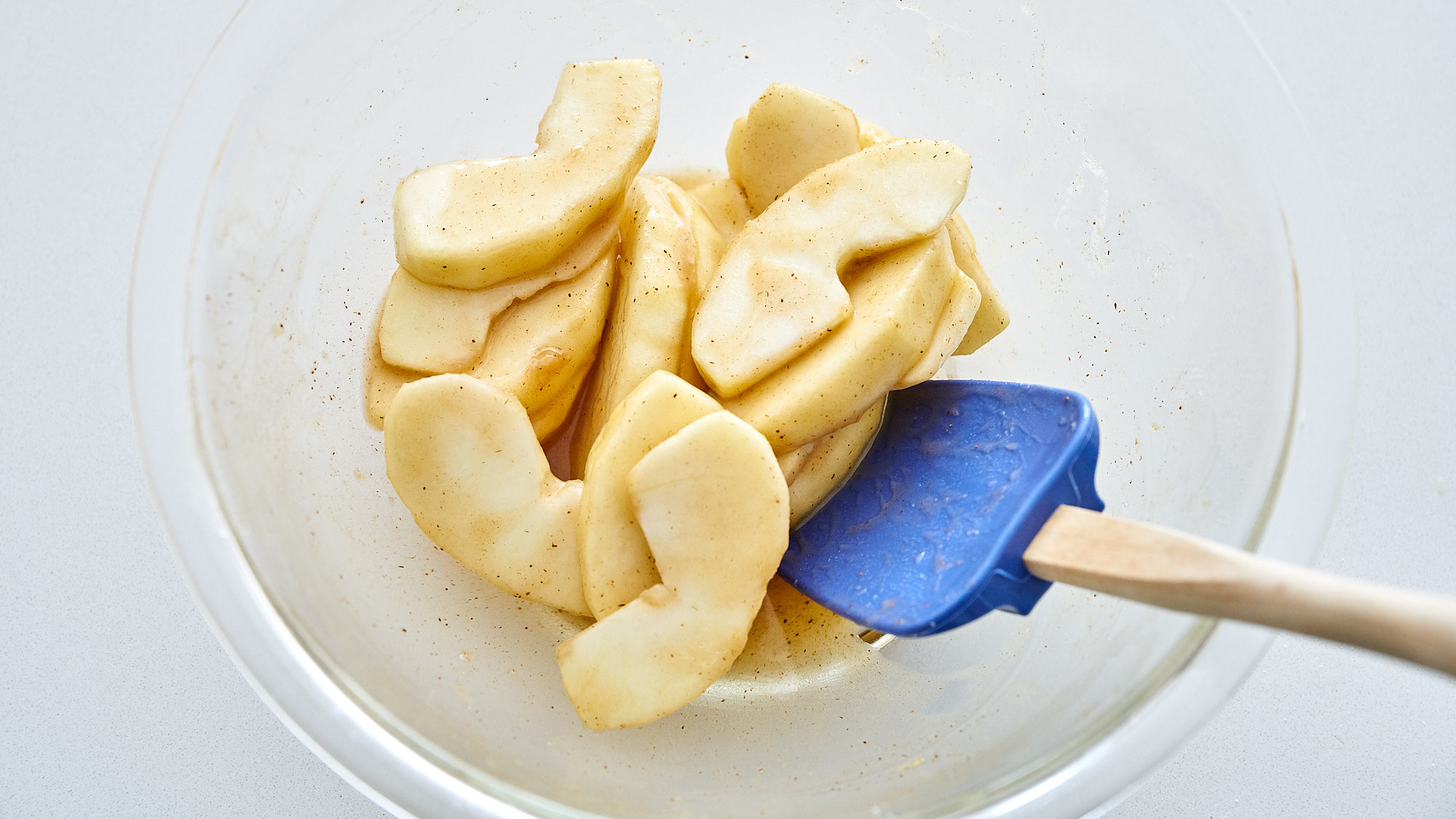 Today, I had a bunch of Fuji apples sitting on the counter giving off an appley perfume so potent I thought for a moment that someone had spritzed the kitchen with a room spray. I’d planned on making some savory recipes, but one whiff of the apples and I knew that one way or the other I’d be eating apple pie today. 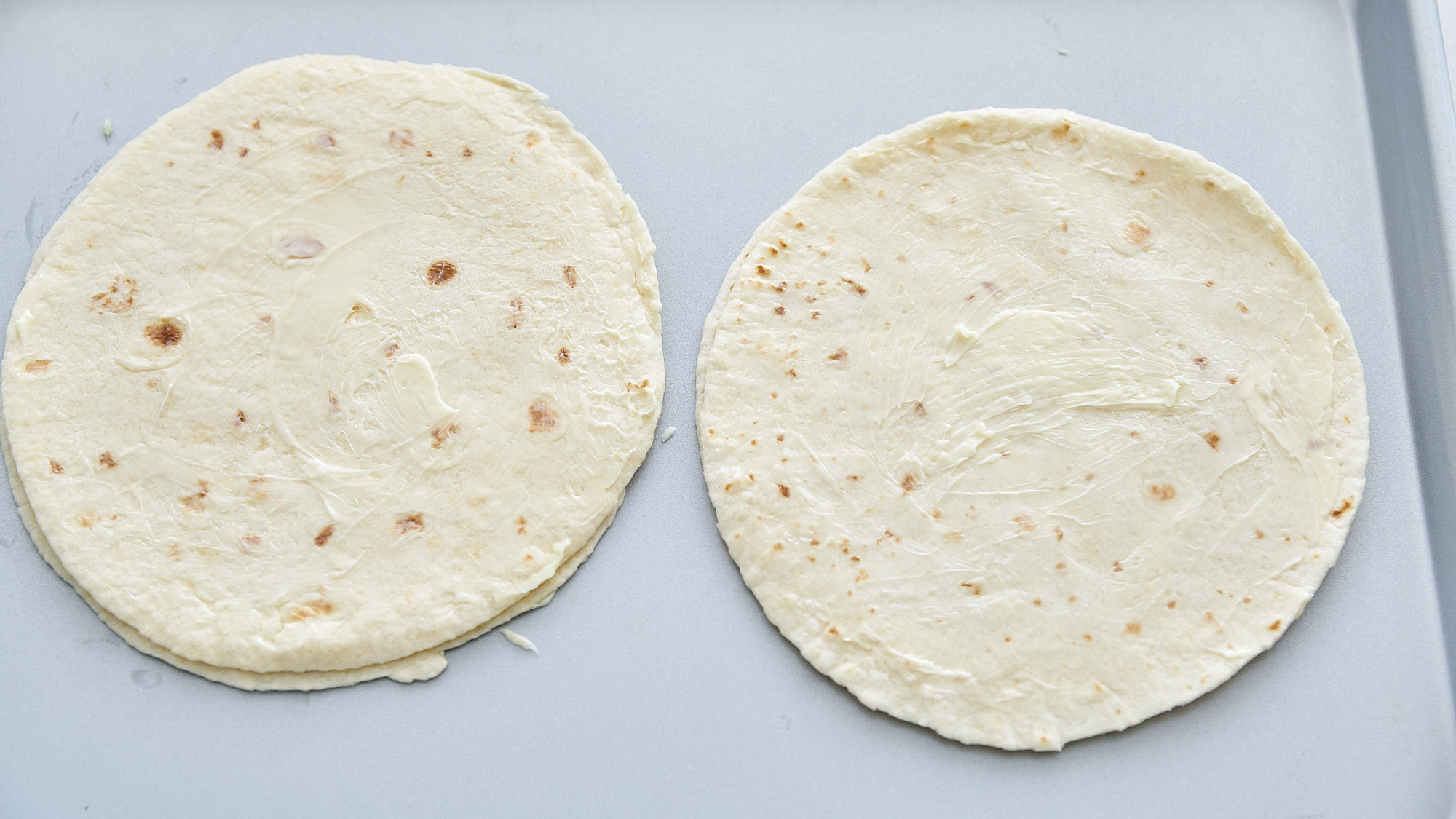 In the past when I’ve been craving a quick apple pie fix, I’ve done things like this crustless apple pie as well as these apple pie potstickers. They’re both fantastic and have all the flavors of an apple pie, but without a traditional crust. 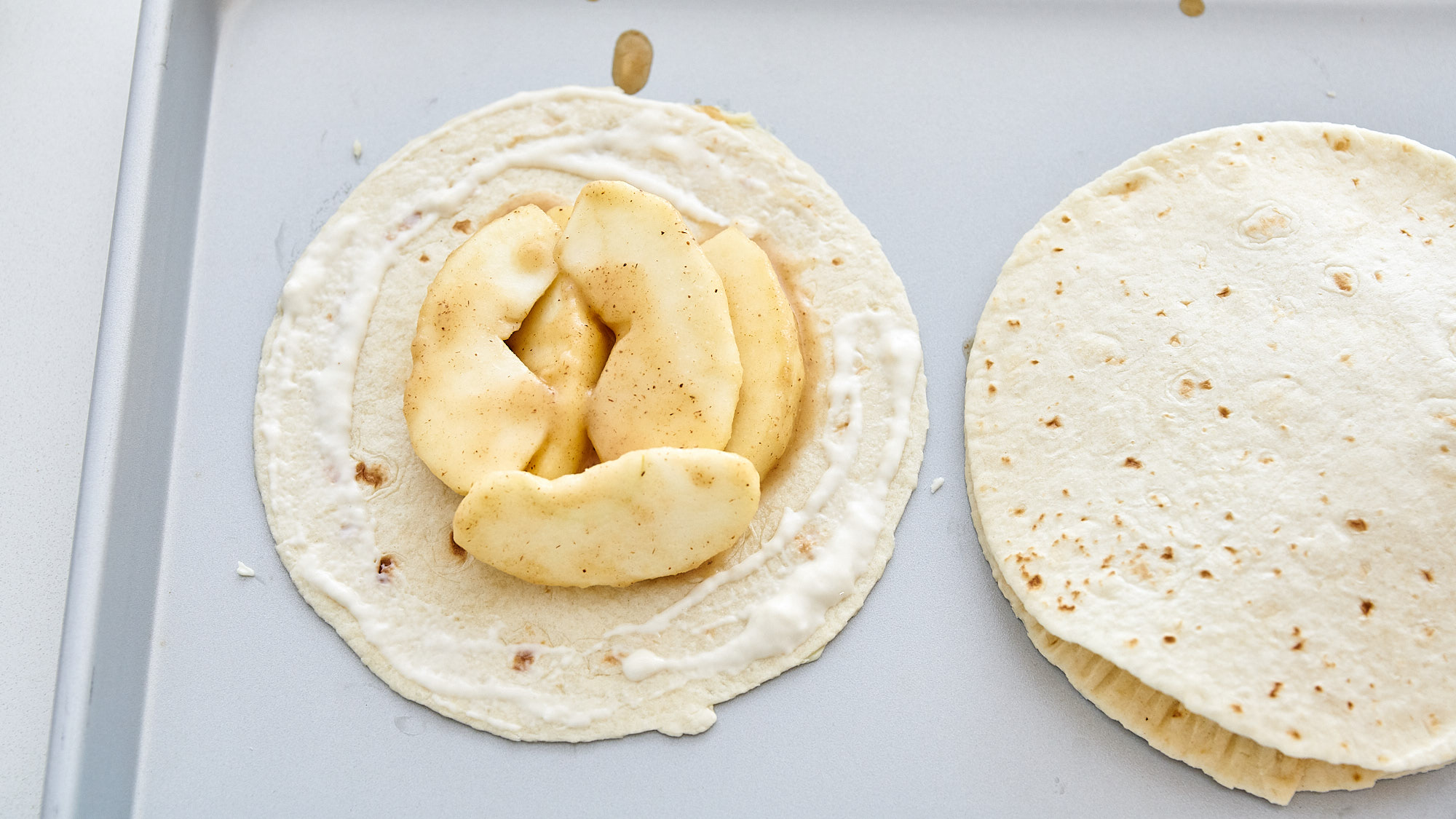 I briefly contemplated doing an apple pie inspired quesadilla, but I thought it might be kind of weird adding cheese to an apple pie. The other problem with the form factor is that the open sides of a quesadilla aren’t very conducive to holding onto the juices from the apples. 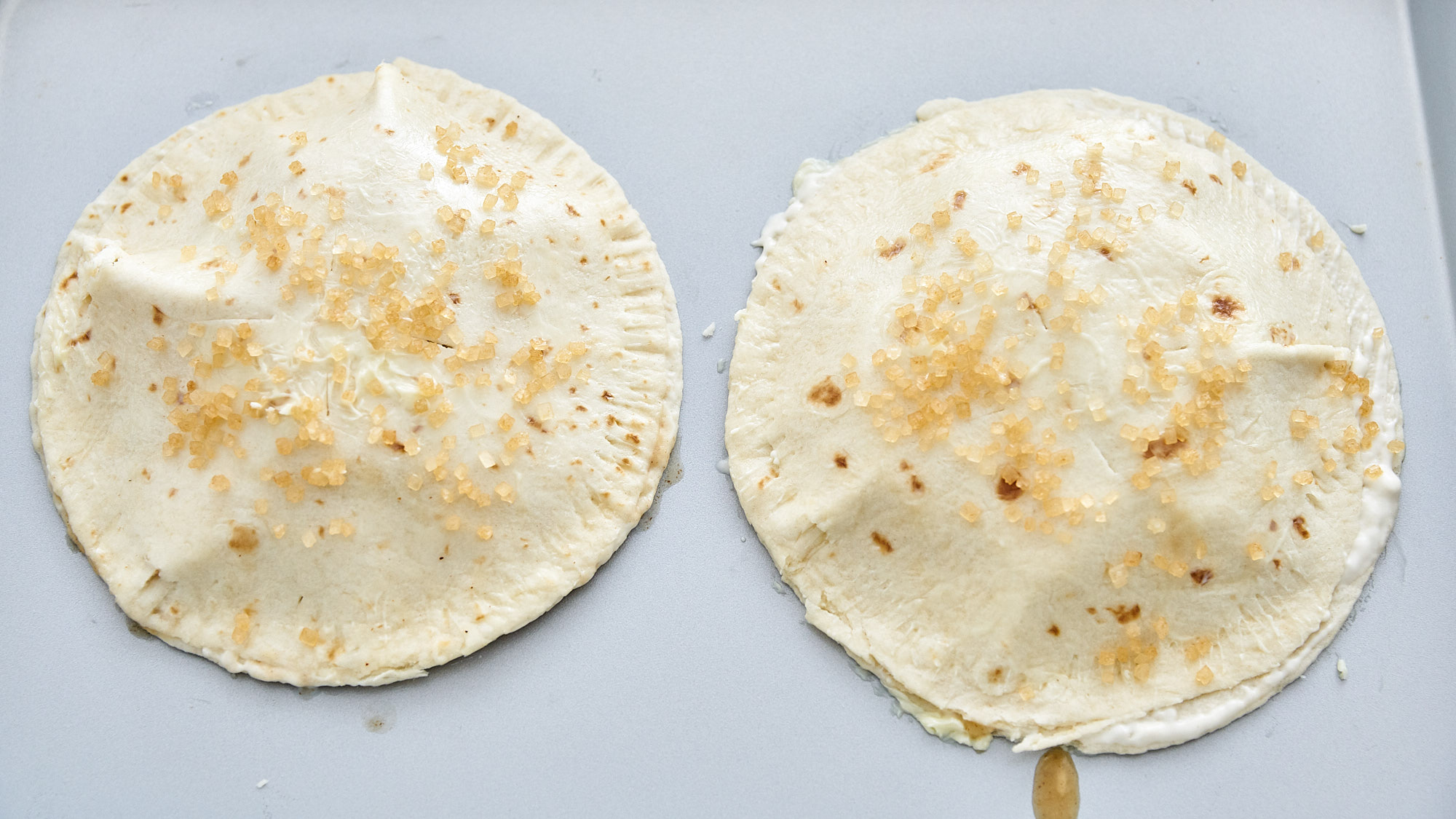 That’s around the time I started wondering if there might be some way to seal the edges of the tortilla. An Indian friend once taught me how to make easy samosas using tortillas, and they used an edible glue made with flour and water to seal them. Problem solved! 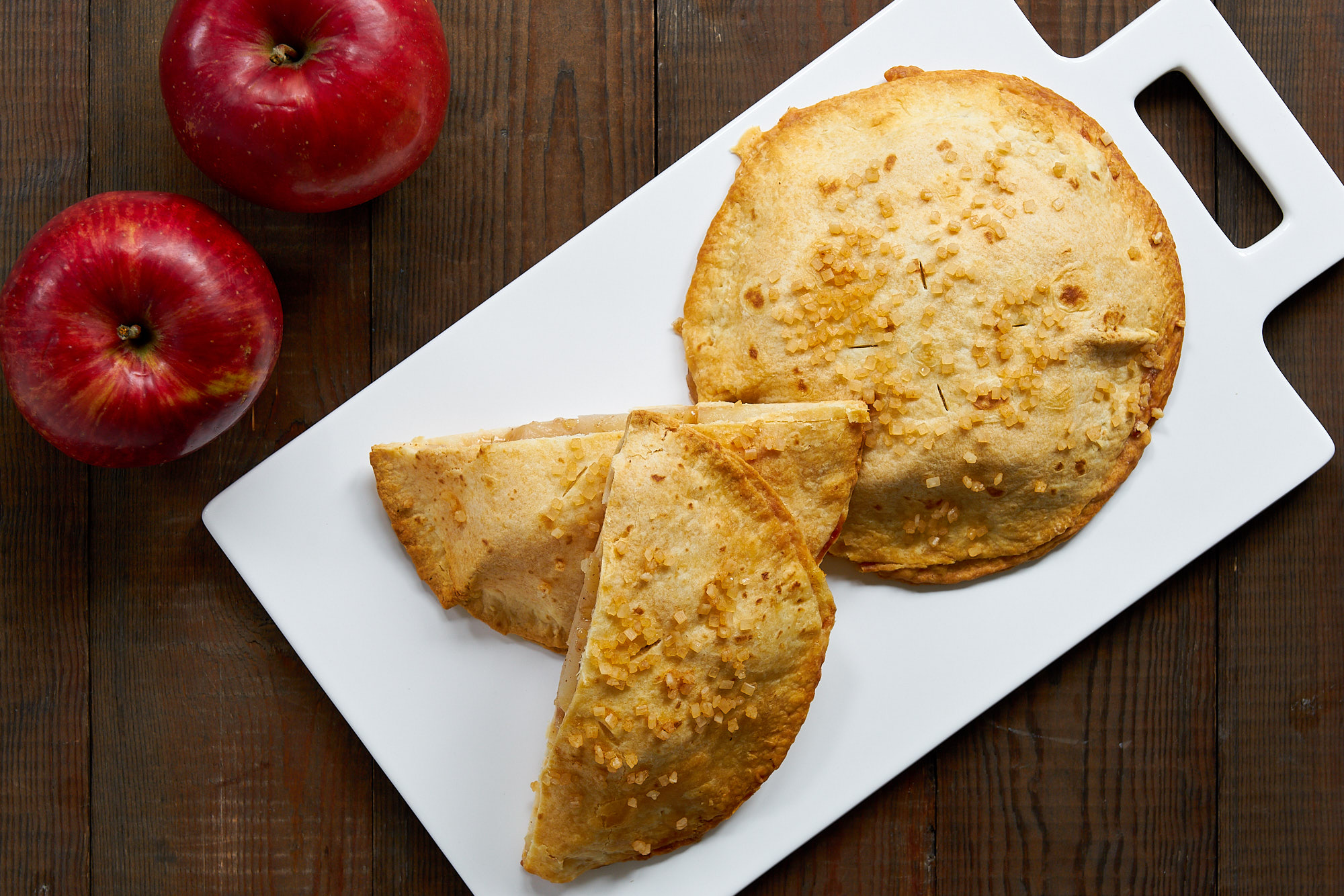 With apples tossed in sugar, butter and cinnamon, and plenty of butter spread on the tortillas, these easy hand pies come together in less than 30 minutes and bake up with a crisp buttery crust and sweet flavorful center. It’s impossible to fill these with a ton of apples, so I like to cut the hand pies in half after they come out of the oven, and fill them with vanilla ice cream! You can also let the pies rest overnight, which turns the crisp crust into a more tender flaky pie crust. 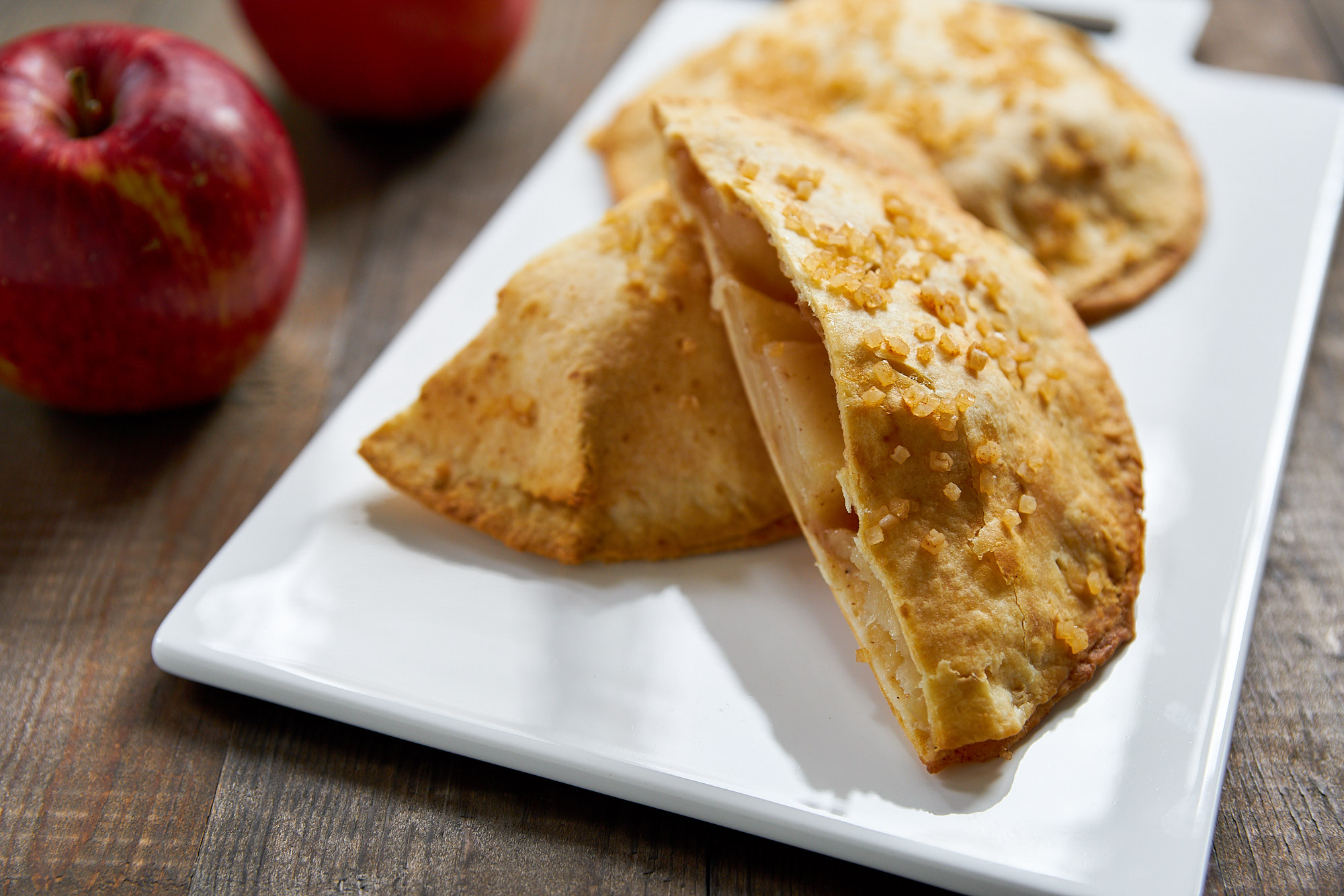 With apples tossed in sugar, butter and cinnamon, these easy apple hand pies come together in less than 30 minutes. (Recipe Credit: Marc Matsumoto of Fresh Tastes.)

Marc Matsumoto is a culinary consultant and recipe repairman who shares his passion for good food through his website norecipes.com. For Marc, food is a life long journey of exploration, discovery and experimentation and he shares his escapades through his blog in the hopes that he inspires others to find their own culinary adventures. Marc’s been featured in the New York Times, Wall Street Journal, and USA Today, and has made multiple appearances on NPR and the Food Network.