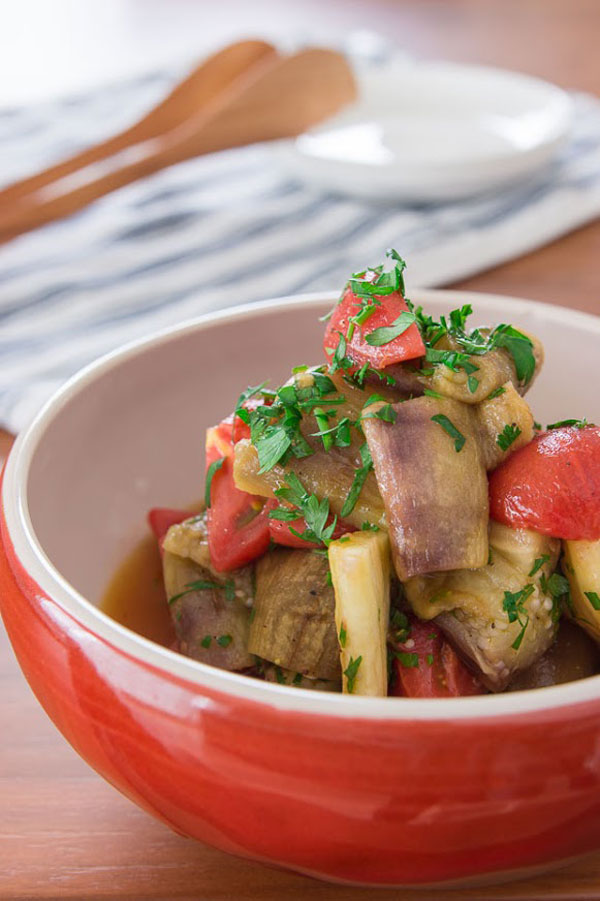 This is a marvelous late summer salad using produce at the peak of their season. With juicy sweet tomatoes, and melt-in-your-mouth tender eggplant marinated in a tomato vinaigrette, it may sound a little simplistic, but when you have just-picked produce this good, it doesn’t need to be complicated to be good. 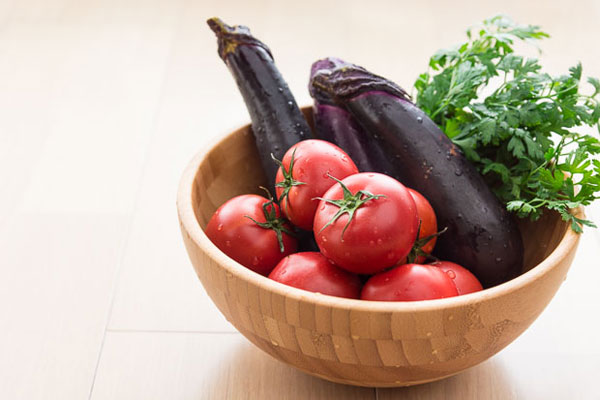 Because tomatoes contain so much water I like to salt the tomatoes and let the extra water drain out first. This not only seasons the tomatoes to the core, the water they release can be emulsified with olive oil to make a marvelous dressing that infuses the smoky eggplant with the sweet flavor of the tomatoes. 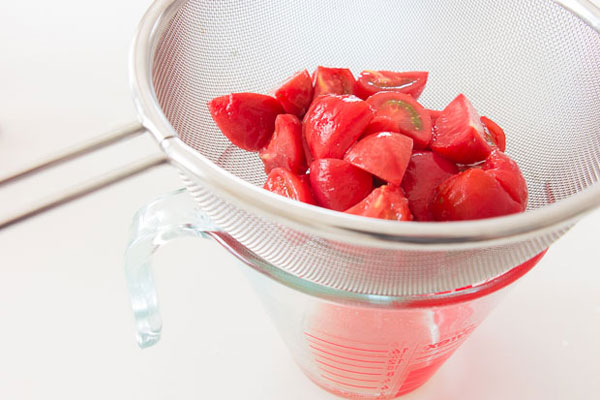 Grilled peeled eggplant may not look like much, in fact it wouldn’t be a stretch to say it looks unappetizing, but what it lacks in aesthetics, it more than compensates for with its luscious creamy texture and nuanced smoky flavor that pairs marvelously with the fruity tomato. Japanese or Chinese eggplants work great for this dish because their slim profile makes cook through relatively quickly and they tend to have fewer seeds than the thicker Italian variety. 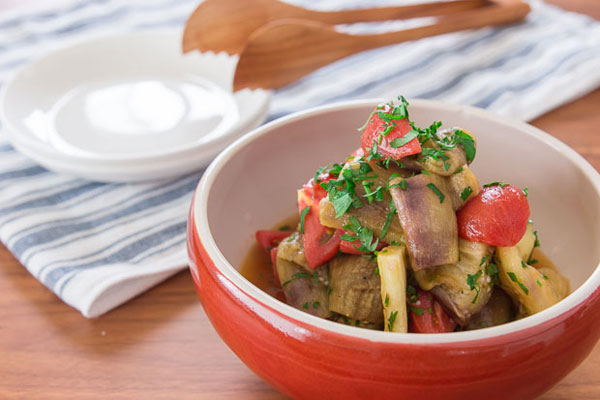 Marinate eggplant in a tomato vinaigrette in this side salad recipe from Marc Matsumoto of the Fresh Tastes blog.