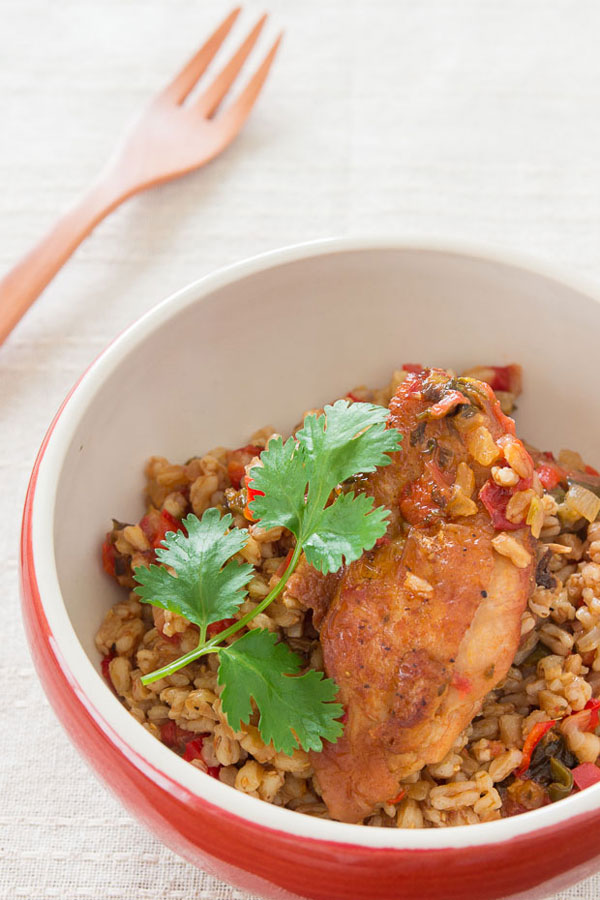 Farro, is an Italian word used to describe a variety of ancient grains including Einkorn, Emmer and Spelt. Before the invention of milling techniques that allowed wheat to be transformed into flour, whole wheat was eaten like we eat rice today. Whether it’s a mushroom pilaf or warm salad, Farro works in almost any dish that can be made with rice. It has a marvelously firm texture that doesn’t go mushy, and a mild nutty flavor that makes it a perfect base to build other flavors upon. 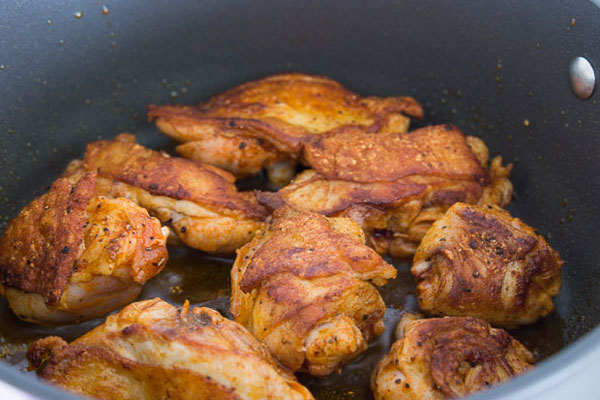 As you might have guessed from the name, this is my take on Arroz con Pollo. Normally made with marinated chunks of bone-in chicken cooked with rice, I swapped out the rice for farro, turning this homely classic into something more earthy and rustic. The farro swells with the flavor of the chicken and sofrito while maintaining a firm texture that keeps each bite interesting. Meanwhile, the chicken becomes fall-off-the-bone tender as it cooks with the farro. 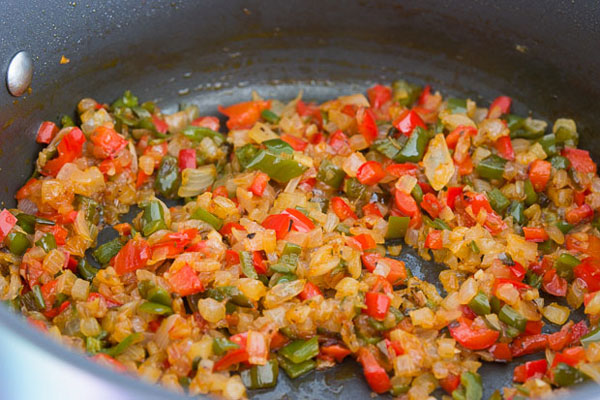 I’ve used semi-perlato farro because some of the bran has been milled off, making it cook faster, but there’s still plenty of fiber remaining, along with the germ and endosperm. If you use either un-pearled or fully pearled farro, the amount of liquid and cooking times will change (you’ll need more liquid and time for un-pearled, and less for fully pearled). 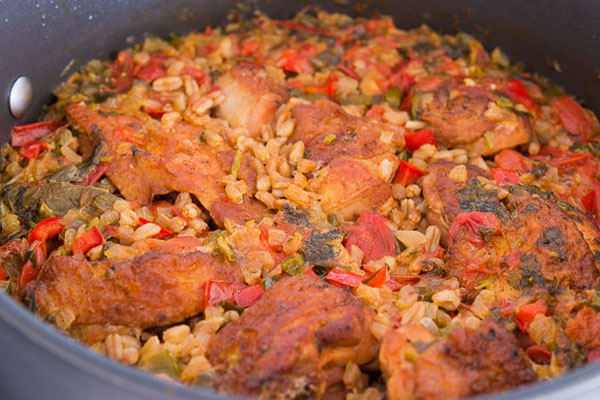 Try this rustic version of Arroz Con Pollo with farro in place of rice. (Recipe Courtesy: Marc Matsumoto of the Fresh Tastes blog)