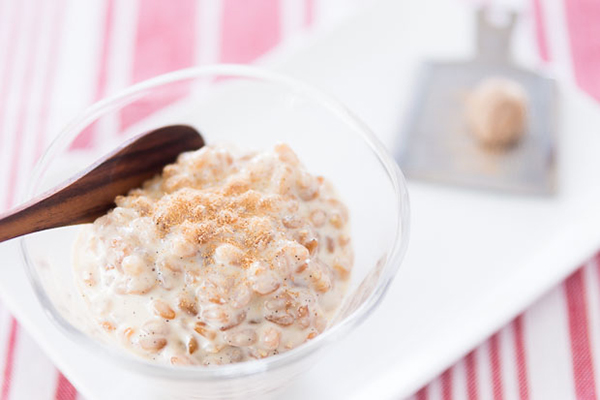 Like rice, farro is such a versatile grain that’s good in anything from soups to salads to stuffings. Because it can be used in a lot of the same ways as rice, it led me to ponder what it might be like substituted for rice in a pudding. 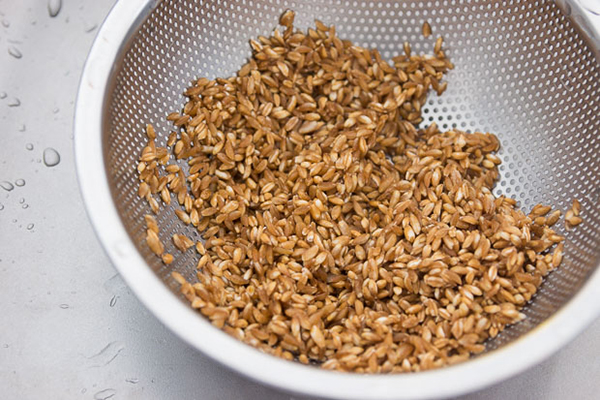 The result? I think the photos speak for themselves, but this was delightful. Like rice, the farro made a thick creamy pudding, but unlike rice, farro has a marvelous nutty flavor that gives this pudding far more character than rice pudding. Cooked with a whole vanilla bean and topped with some freshly grated nutmeg, this pudding makes for a marvelously comforting end to a rustic meal.

Substitute soy milk and maple syrup for a vegan pudding, or add some cocoa powder to make a chocolate farro pudding. Top it with rum-soaked raisins, or brulee some sugar on top for a fancier dessert, or go with some fresh fruit, and nuts for a decadent breakfast cereal.

While it does take about an hour on the stove, with four basic ingredients and not much effort beyond an occasional stir, this is probably one of the easiest desserts I’ve ever made. 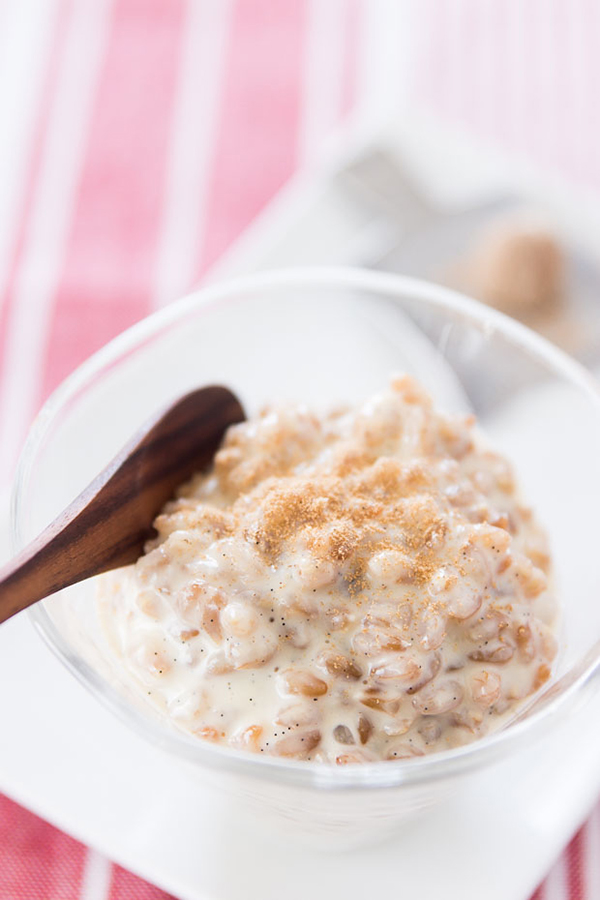