Use Creme Brûlée Techniques on Your French Toast 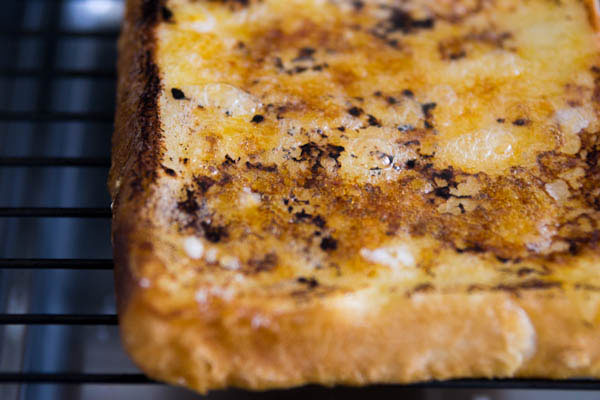 Growing up in my home, French toast involved cheap whole-wheat bread thinly coated in egg and cinnamon, which was fried until the egg formed a tough plastic skin around dry, flavorless bread. To say I didnt like it would be an understatement. 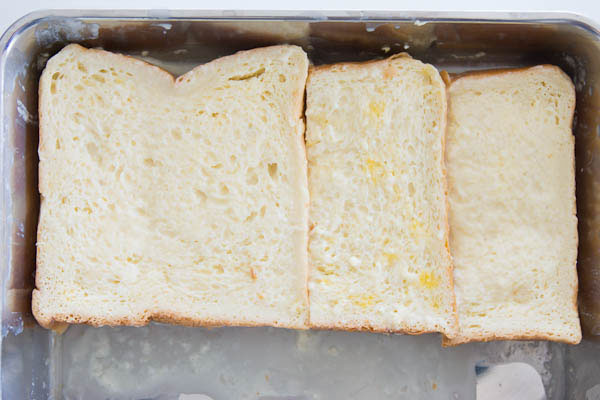 For that matter, I wasnt a huge fan of breakfast in general. It wasnt until I moved away to college that I realized pancakes could be more than tan hockey pucks, and that scrambled eggs didnt have to smell like sulfur.

It was also around that time that I had my first really good French toast – a buttery brioche that was magically transformed into a moist creamy custard. The trick as I later discovered is to soak the bread in in the milk and egg mixture overnight. This ensures that the toast is moist and flavorful to the core. 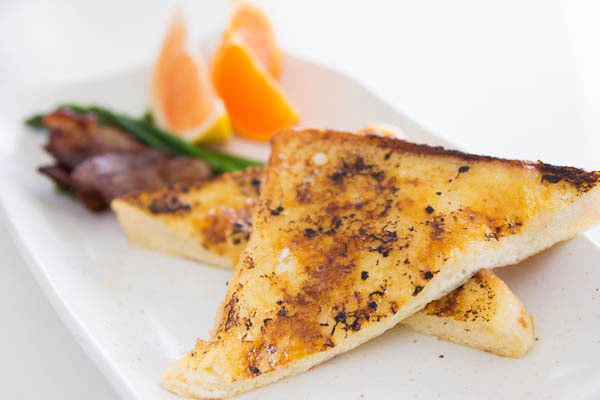 The problem with using just egg and milk is that it tends to work too well and the resulting French toast can turn out mushy. By adding a bit of flour into the custard it helps form a crust on the outside of the toast that fries up crisp, while leaving a bread-pudding tender center.

I like to add vanilla and maple syrup directly into the custard so the finished toasts are mapley to the center and I usually fry them in butter because it imbues a nutty flavor as the butter browns. Finally, to really take this to the next level, I like dusting the finished toasts off with granulated sugar before blasting it with a torch to create a crisp caramelized crust thats reminiscent of crème brûlée. 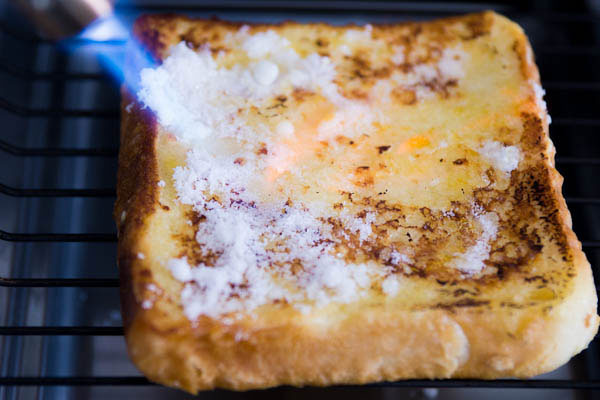 Between the maple syrup in the custard and the brûléed sugar on top, this French Toast is sweet enough without pouring maple syrup on top, but that certainly shouldnt stop you from drizzling on more if it suits your fancy!

Marc Matsumoto has a few suggestions for taking your typical French toast recipe to the next level with a few alternate techniques. Marc shares the rationale behind this recipe in a full post on the the Fresh Tastes blog.