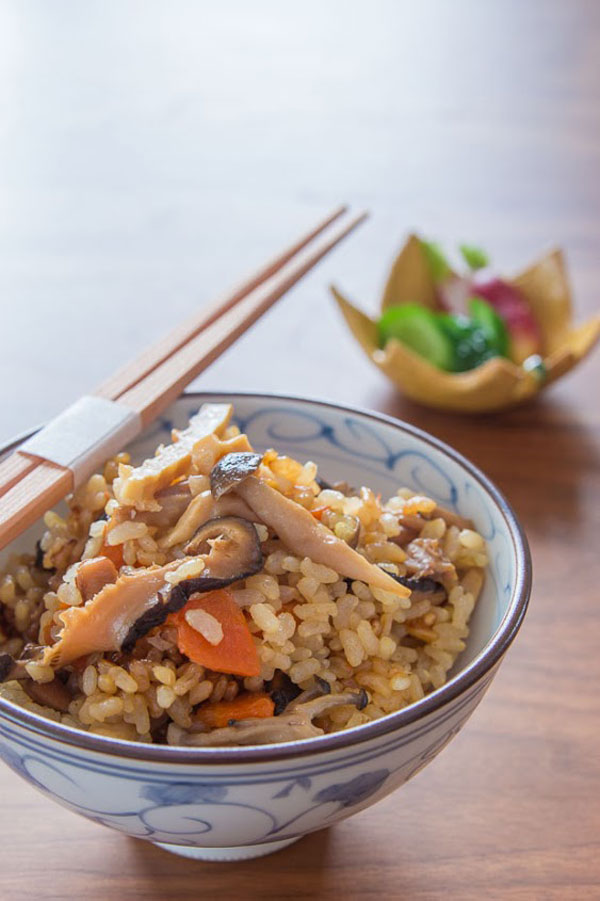 Gomoku Gohan, which literally means “five item rice” is the Japanese equivalent of pilaf. As the name implies it involves rice cooked with five other things. What those are, depends largely on the household, but typical additions include, fried tofu, chicken, fish, bamboo, carrots, mushrooms, lotus root, burdock, konnyaku, fishcake, and edamame. But really you can get a little creative and include any combination of ingredients that are going to create a great stock with contrasting textures. 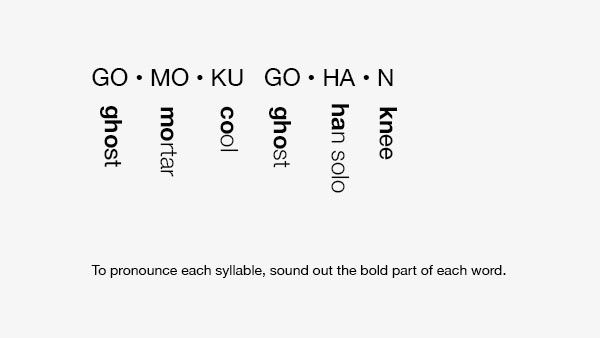 As you might expect from a rice eating culture, there are dozens of rice dishes where rice is cooked with another ingredient for flavor, but gomoku gohan is probably the most famous of them all. It’s simple both in concept and in execution and relies on ingredients that are loaded with umami to create a broth in which the rice cooks. 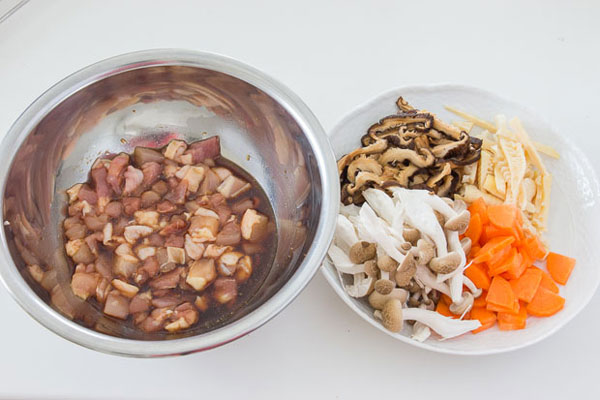 This time, I used chicken, bamboo, carrots, shimeji and shiitake mushrooms, but like most Japanese katei ryouri (home cooking), it’s all about what’s seasonal and in your fridge at the time. I like to marinate the protein to impart additional flavor before stir-frying it with the veggies. This gets some Maillard action going on and the resulting fond imbues each grain of rice its concentrated flavor as they plump up. 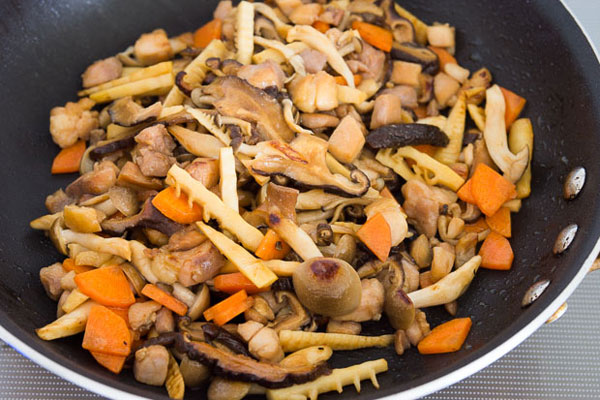 I used 50% milled brown rice for this. It’s great because it retains the rice germ (which contains most of the nutrients in a grain of rice) and some of the bran, but with about half of the bran polished off, it cooks and tastes more like white rice. If you end up using full brown rice, you’ll need to increase the amount of water and the cooking time accordingly. 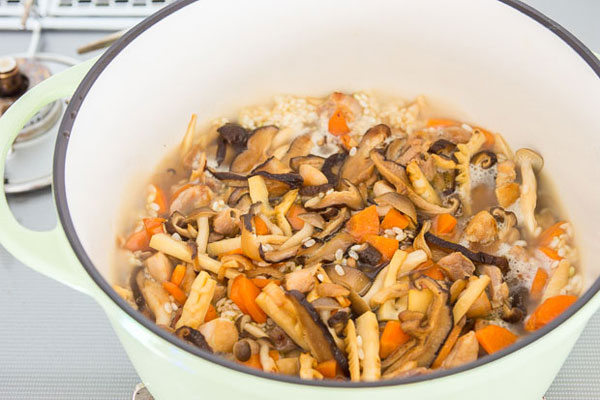 Gomoku Gohan is a rice dish featuring a flavorful broth and seasonal ingredients. It is the Japanese version of rice pilaf.