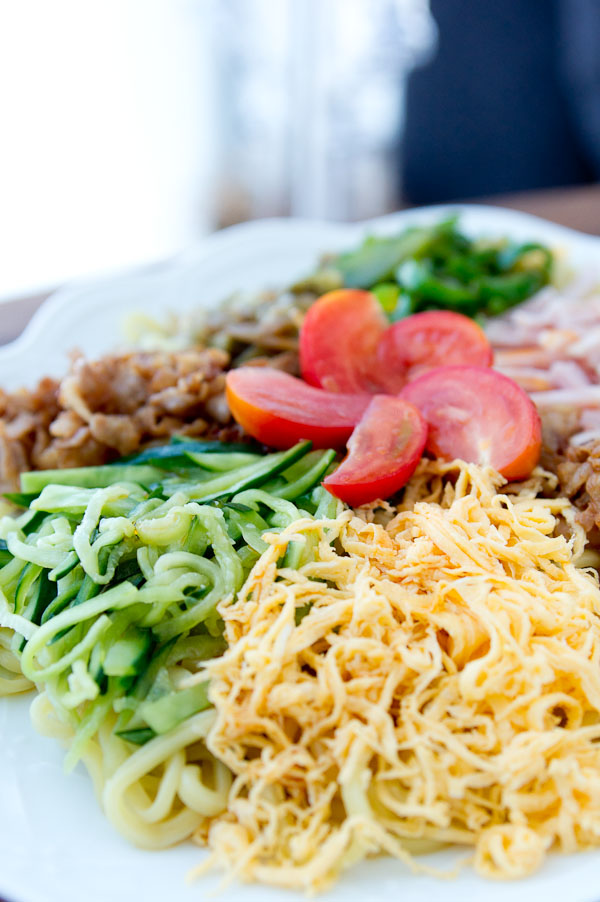 While it literally translates to chilled Chinese noodles, Hiyashi Chuka Soba isnt actually a Chinese dish. Nor does it include buckwheat soba noodles. During the sweltering summers in Japan, noodles such as soba and udon are traditionally served cold. Its not a big surprise then that ramen (also known as chuka soba) turned into a cold noodle salad with a tangy sesame vinaigrette.

Like its older sibling ramen, hiyashi chukas origins are a bit fuzzy, but its become a ubiquitous dish served at ramen restaurants all over Japan during the summer. 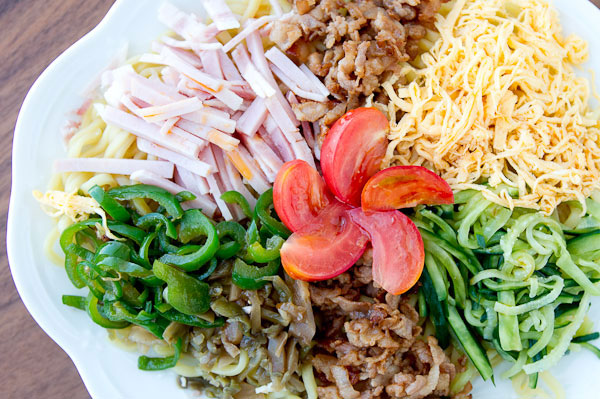 Since fresh ramen noodles are tough to find in the US, Ive substituted dried udon noodles, but really any kind of Asian noodle will work just fine. You can put just about anything you want on top, including leftover cuts of meat, ham, or even salami. Thinly sliced egg and a rainbow of vegetables rounds out the toppings along with the tart piquant sauce that soaks into the toppings and noodles beneath.

Like its older sibling ramen, hiyashi chuka;s origins are a bit fuzzy, but it;s become a ubiquitous dish served at ramen restaurants all over Japan during the summer. Enjoy this recipe from Marc Matsumoto of No Recipes. See the full post at the Fresh Tastes Blog.