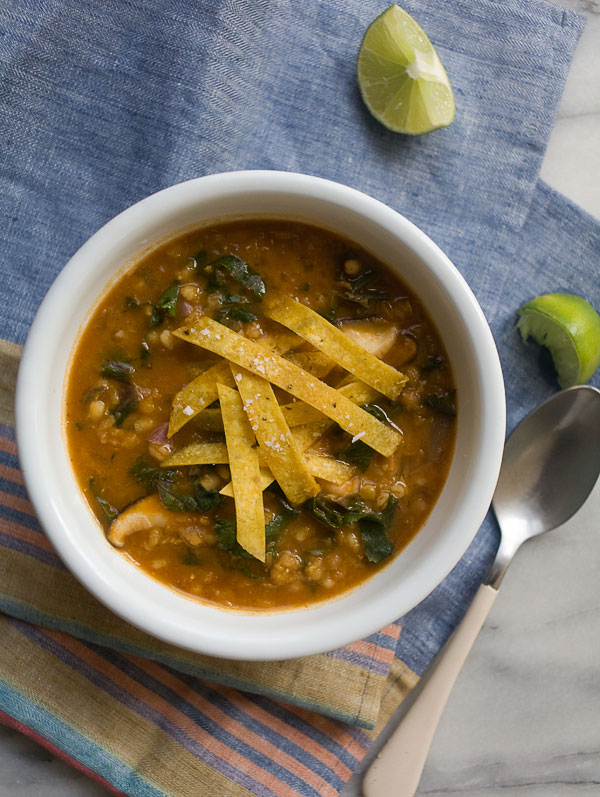 I’m a soup-making fiend right now. Perhaps it’s because at the start of January I was smart, took those few quiet days at the beginning of the year to stock my pantry with lots and lots of beans. While most dried bean-preparation requires forethought (like soaking them the night before), lentils do not. Having these beautiful red lentils in my cabinet have yielded delicious soup after delicious soup. All are able to be whipped up at a moment’s notice. 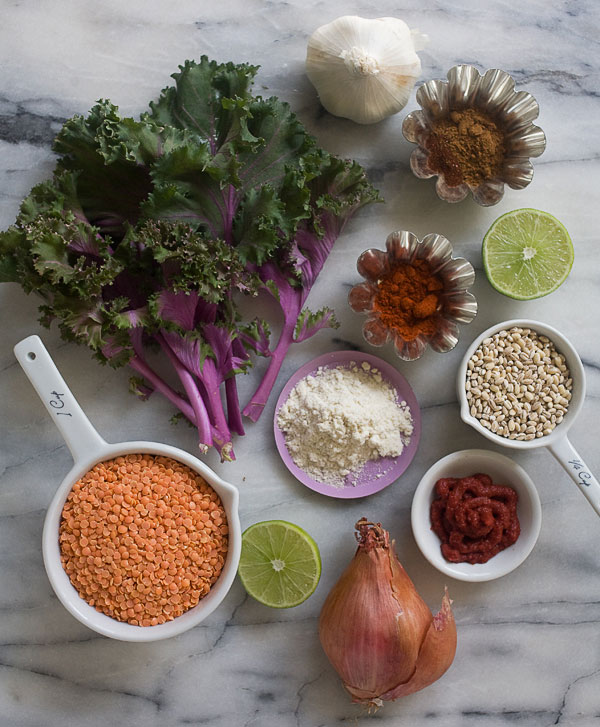 First there was a recipe with mushrooms, lentils and lots of ras al hanout, which I ate with crusty bread. Then there was a curried version studded with beautiful golden raisins and served with warm naan bread. This iteration was created by my craving of a good chicken tortilla soup. The night I made this lentil soup recipe, there wasn’t any chicken in my fridge – just kale, mushrooms and tortillas. I added barley because that, too, lived in my pantry. While it’s nothing like chicken tortilla soup, really, the broth is similar. It’s a tomato-y broth and spiced with ancho chile powder, paprika and cumin. I love the addition of masa (a trick I learned from Ree Drummond’s chili), which adds a lovely corn flavor and thickens the broth up nicely. If you don’t have it, don’t worry, skip it! It’ll be delicious with or without it. 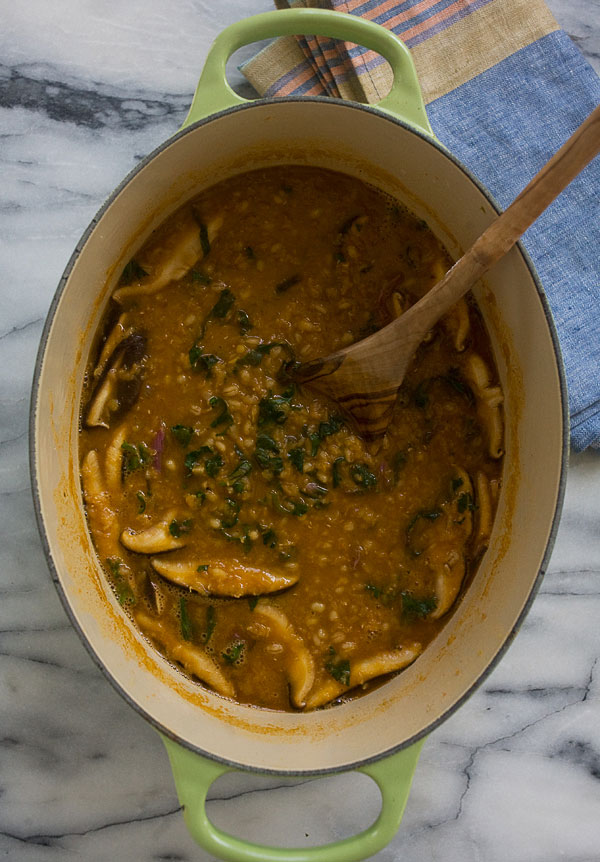 This is the soup I want to eat on a cold day or a warm day, even. It achieves being light and filling all at the same time, which is no easy feat. 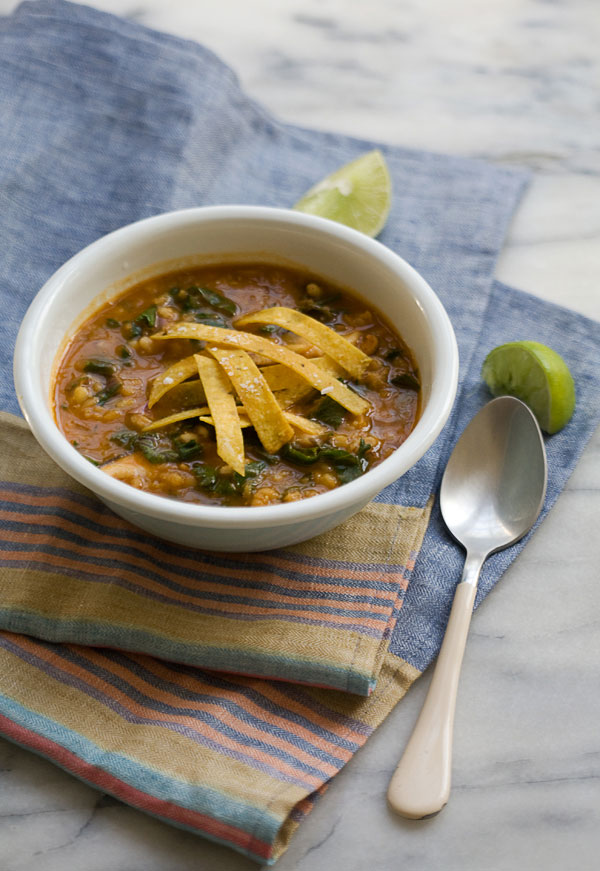 This lentil soup is light and filling all at the same time with little preparation. Food blogger Adrianna Adarme of the Fresh Tastes blog adds masa to thicken the broth.