Mix Together a Bowl of Kale Slaw 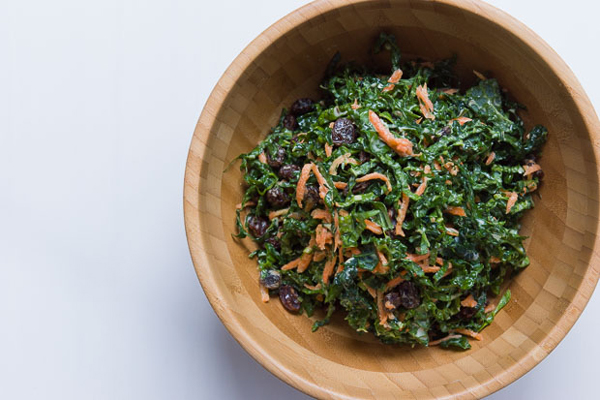 I have a confession to make … despite making concessions based on its nutritional content and posting the occasional recipe, truth be told, kale isn’t something I’d ever order off a restaurant menu, and it isnt really something I’d choose to buy unless it was on sale, or I felt like I had to do a kale post after a series of meat posts. Such was the case this past week when I found a big bunch of kale at a grocery store in Tokyo. Kale hasn’t caught on here much, and it’s the first time I’ve ever seen it in Japan outside of the occasional decorative planter. 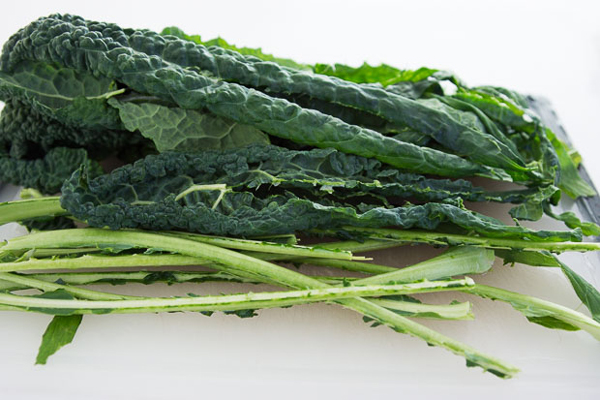 While I’m on the topic of things I don’t like, I’m also not a big fan of mayonnaise. Why people feel compelled to slather oil and egg yolks onto everything from french fries to hamburgers is beyond my comprehension. I’ve even gone so far as to create my own version of coleslaw minus the mayo. 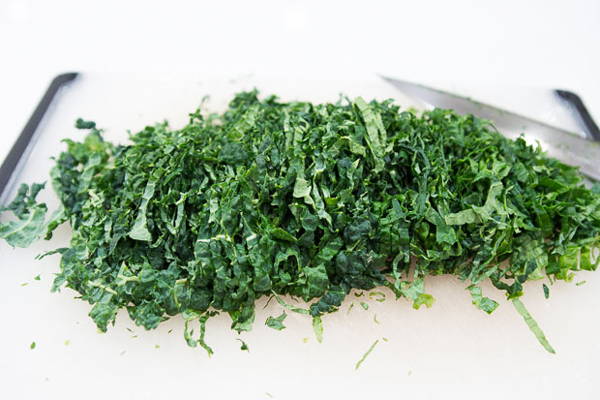 So then “why,” you ask, are you looking at a recipe for kale slaw? Well, put simply, it’s delicious! When I first came up with the idea, I decided to try it simply because I liked the play on words and happened to have some vegan mayonnaise in the fridge. Honestly I kind of assumed I’d make it, take a few bites to confirm the fact that I don’t like kale and then dump the rest. Instead, I ended up getting a bigger fork and eating the whole bowl in one sitting. 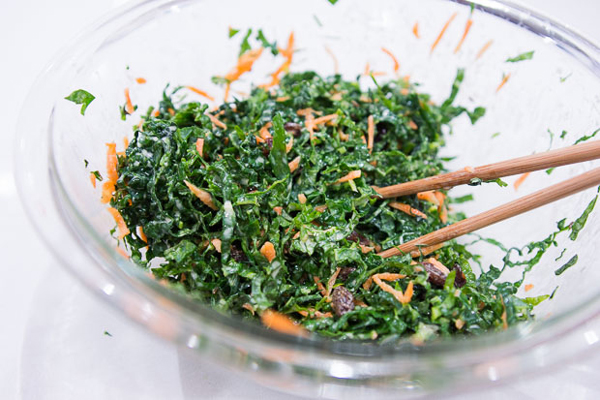 By shredding the kale into thin ribbons and then soaking them in cold water, it not only tenderizes the tough fibers, it also takes just enough of the harsh edge off of the kale to turn it into a tasty salad green, not just something you’ve convinced yourself you like because everyone else does.

The tender kale and crunchy carrots are beautifully juxtaposed by a bracingly tart dressing with a subtle creaminess. The chewy raisins release a crescendo of sweetness as you chew, and the salad is highlighted by the occasional pop of a caraway seed in your mouth with its distinct herbal flavor that’s somewhere between chamomile, mint and anise. 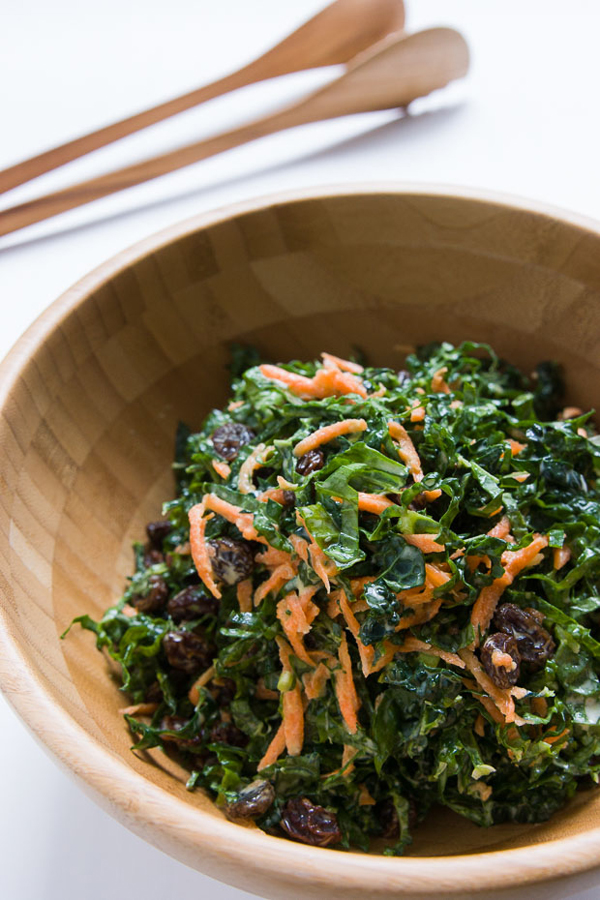 The juxtaposed tender, crunchy and chewy textures as well as the tart and sweet flavors make this a tasty green salad.
(Recipe Courtesy: Marc Matsumoto from the Fresh Tastes Blog)