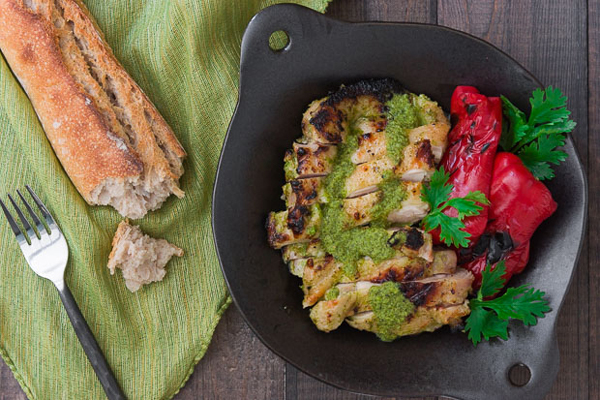 With the unrelenting summer heat, I’m always looking for ways to keep the house cool. Grilling things outdoors is one good way to avoid creating unnecessary heat indoors, but when you have to cook a sauce or glaze to go with it, it kind of defeats the purpose of using the grill.

This mojo verde comes together in a blender and makes for a delightful marinade that also doubles as a sauce. Brimming with pungent garlic, herbaceous cilantro, tart lime juice, a fiery heat from the peppers and a mild sweetness from the orange juice this mojo makes for a versatile sauce. I’ve used it with skin-on chicken thighs here, but it works with just about any meat including beef, pork and lamb and also makes a great sauce for grilled fish and vegetables. If you do want to use it as a sauce, be sure to hold some aside, since once you’ve put raw meat into it to marinade it is not safe to use as a sauce. 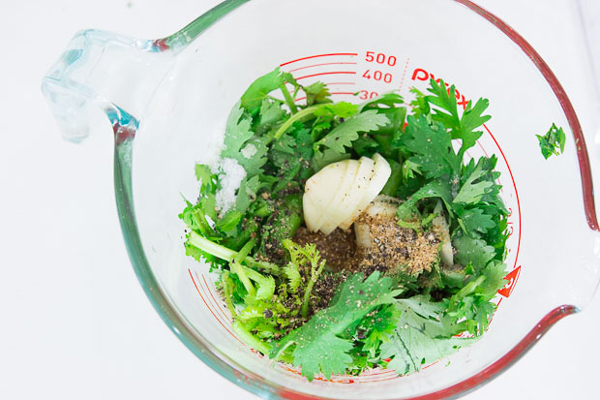 Because skin-on chicken thighs have a higher fat content, they won’t dry out as easily as breast meat, so whether you chose to grill, broil or pan-fry the chicken, you’ll end up with tender juicy meat with a layer of crisp skin. If you really don’t want to eat the skin, you can either do this with skinless thighs, or you can marinate and grill with the skin on, which keeps the meat moist, and then remove the skin before you eat it. 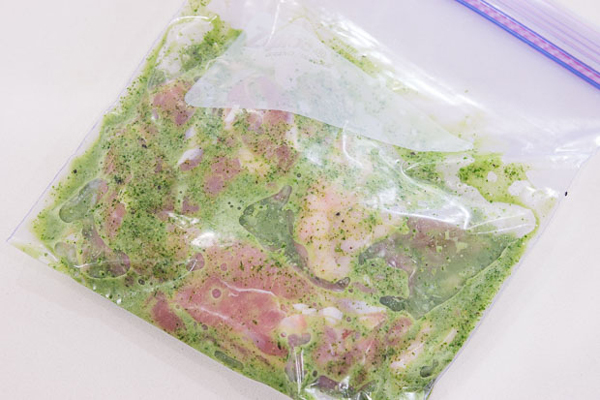 This will make about one cup of mojo verde, which should be enough for about two pounds of meat, and keeps in the fridge for up to a week. 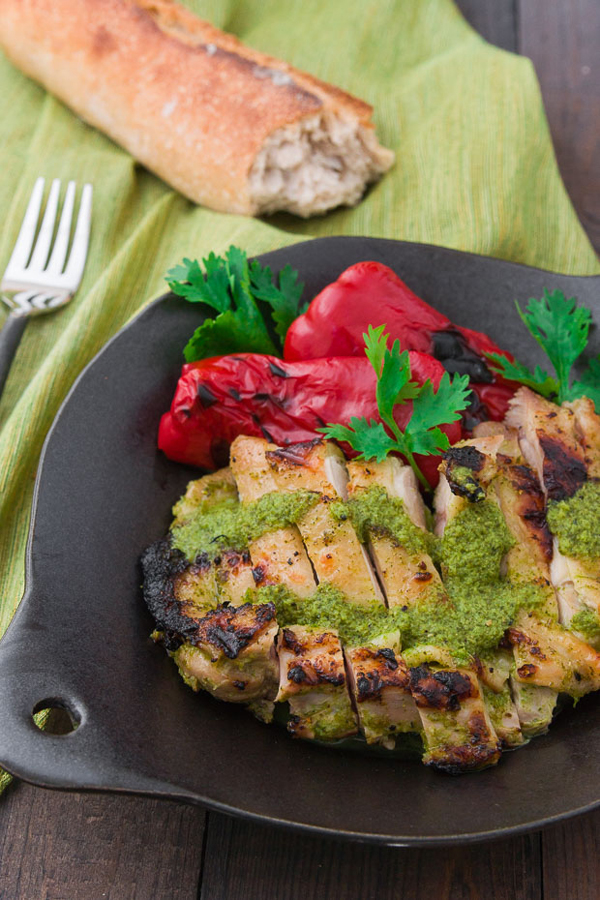