Food Home » Fresh Tastes Blog » A New Way to Pair Fig and Gouda: In a Quesadilla

A New Way to Pair Fig and Gouda: In a Quesadilla 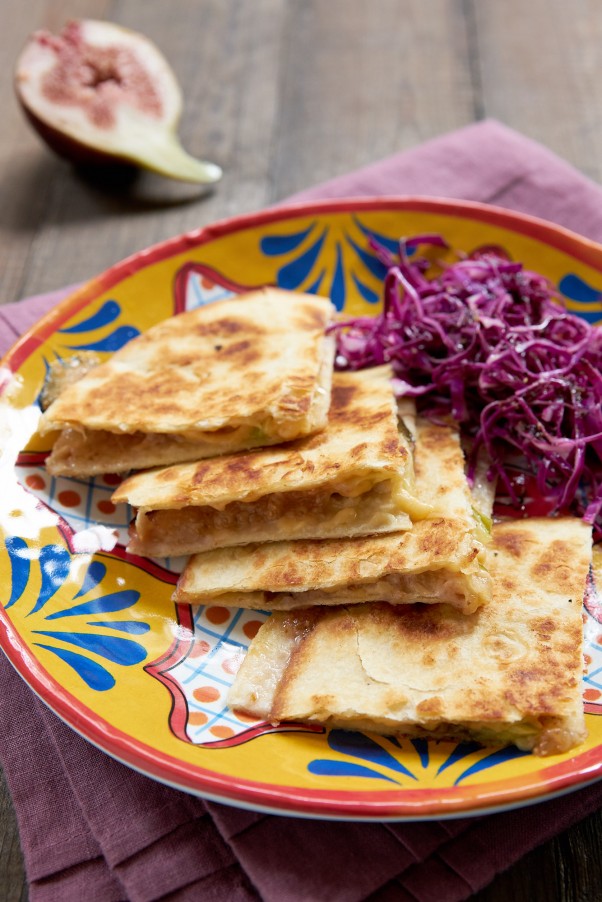 There’s nothing novel about pairing figs and gouda, but stuffing them both between two tortillas that crisp into a flakey buttery crust, takes the classic combo to all new heights. It may sound simple enough to do, but it took a non-standard approach to quesadilla making to get the result I was looking for. 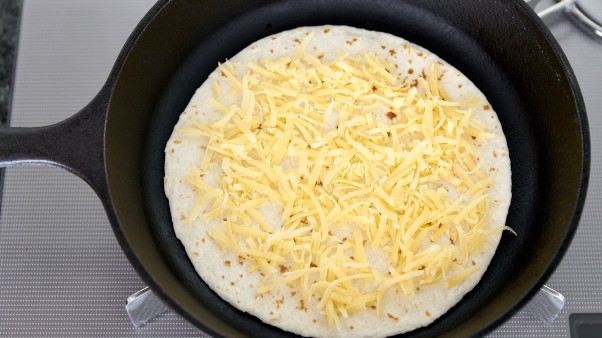 To make a quesadilla, you’d normally assemble it first before throwing it in a pan and browning one side before flipping it and browning the other. Unfortunately, the indirect heat leaves the figs watery and green tasting, and the bulk of the figs keep the cheese from melting evenly. I knew that getting the figs to caramelize would require applying some direct heat to them. 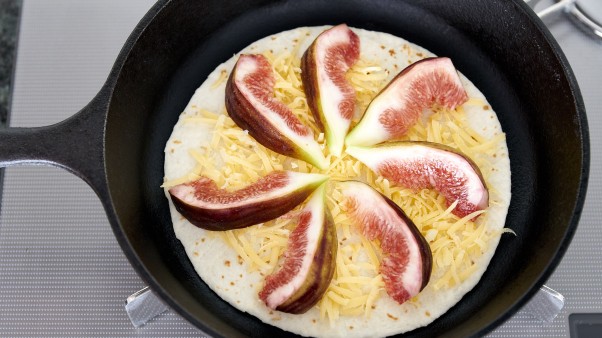 One thought I had was to grill the figs first before adding them to the quesadilla. While this works in the flavor department, grilling sliced figs is a sticky nightmare and you end up with mush, losing about half the fig to the grill. Instead, I borrowed a technique I came up with for making cast-iron pizza on the stove before transferring it to a broiler. This gives the figs a chance to caramelize and the cheese a chance to thoroughly melt before it gets capped off with another tortilla and flipped back onto the stove to crisp the second side. 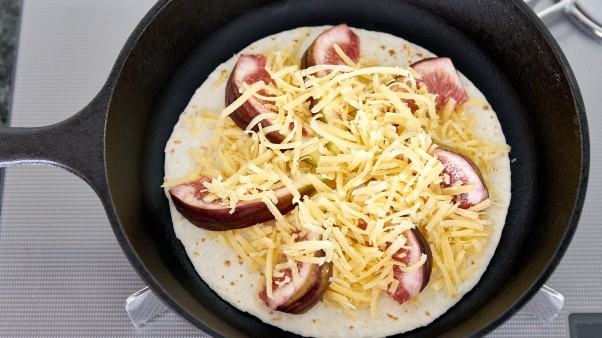 The caramelized figs concentrates their sweetness and imbues a honey-like flavor that provides a stark contrast to the nutty salty aged gouda. As a bonus, the time in the broiler renders one side of the quesadilla cracker-crisp providing a solid foil for the creamy melted cheese and ultra-sweet figs with pleasantly crunchy seeds. 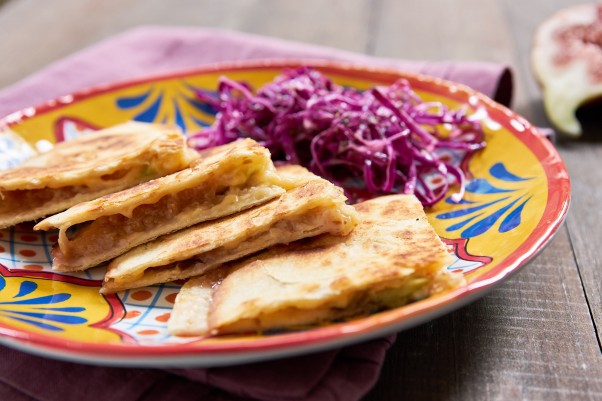 There's nothing novel about pairing figs and gouda, but stuffing them both between two tortillas that crisp into a flakey buttery crust, takes the classic combo to all new heights. (Recipe Credit: Marc Matsumoto of Fresh Tastes.)