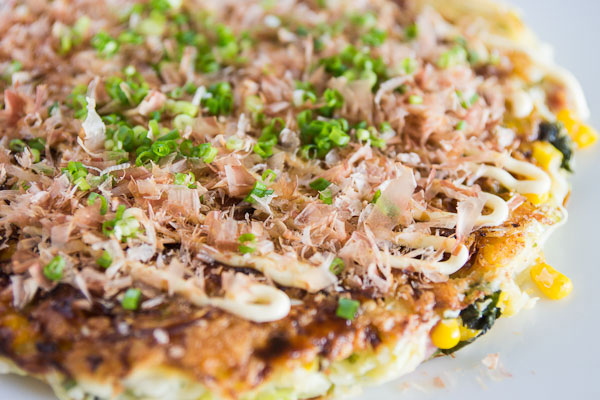 Often described as a Japanese pizza, okonomiyaki is actually more like a pancake. I think the reason people compare it to a pizza is because you can fill it with just about anything that suits your fancy. Fitting, given that its name literally translates to grilled as you like it.

A street food thats often sold at Matsuri in Japan, its a fast food thats been around long before McDonalds opened their first golden arches in the land of sushi and teriyaki. 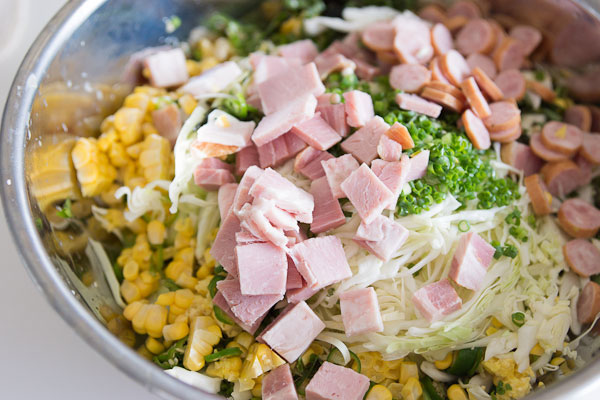 At its core, okonomiyaki is shredded cabbage, held together by a loose batter. But that would be one boring pancake, so when youre making okonomiyaki, the most important thing to remember is to go wild with the fillings and the toppings. Bacon, kimchi, cheese, chicken, and squid are all fair game, as is just about anything your vegetable drawer can cough up. For that matter, I often make okonomiyaki to clean out all those odds and ends that seem to accumulate in the far reaches of my fridge. 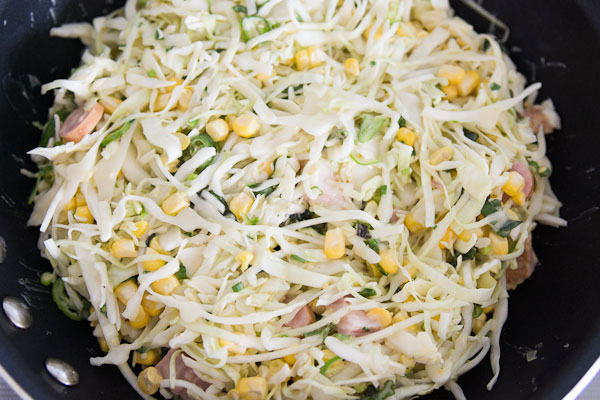 This time, I had a scrap of ham, two small cocktail sausages, an ear of corn that had seen better days, and some frost bitten basil. Its not exactly a traditional mix of Japanese ingredients, but I figured it would be fun to do a western version, and it was delicious! 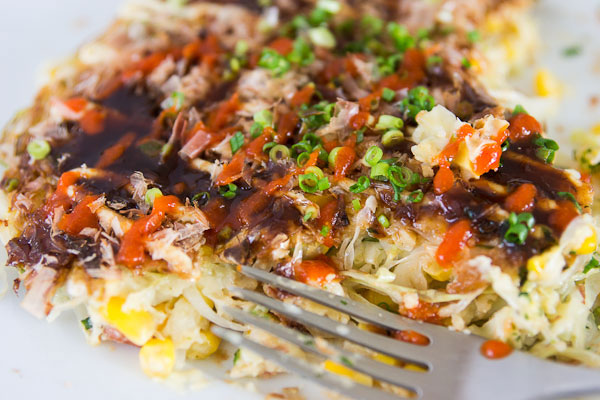 For the first pancake I went with traditional toppings: chuno sauce, which is like a thicker sweeter Worcestershire sauce, kewpie mayonnaise, bonito flakes, and scallions. But the next day I decided to go embrace the western nature of the fillings and topped it with homemade ketchup and alioli. It was awesome! Other regular toppings in my household include fried shallots, pickled ginger, nori, Thai chili sauce, and Sriracha. 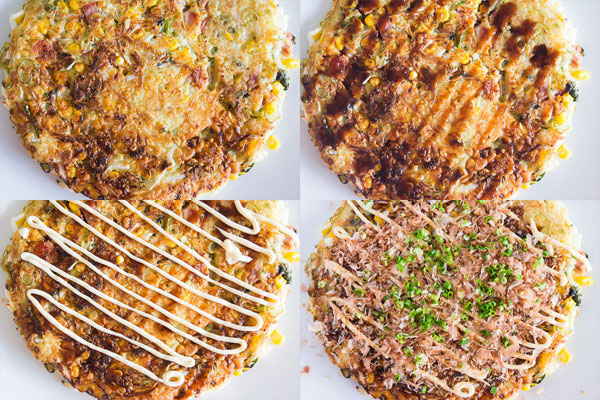 Okonomiyaki is classic Japanese street food that is often compared to Japanese pancakes. Okonomiyaki recipes can vary in ingredients. Food blogger Marc Matusmoto shares his ingredient recommendations in a full post on the Fresh Tastes blog.