Fry Up a Plate of Flavorful Orange Shrimp 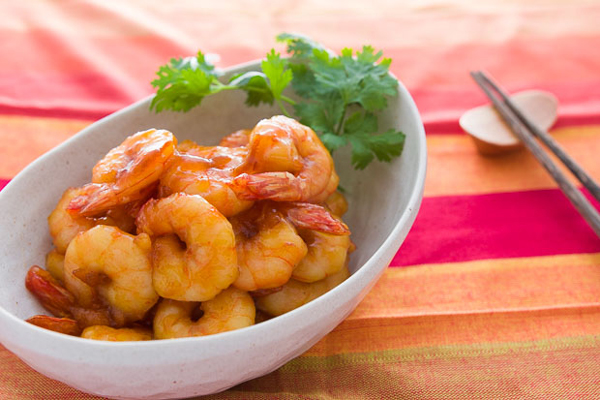 While orange chicken is a perennial favorite in Chinese-American restaurants, the sauce works for other proteins as well. This orange shrimp is made with marinated shrimp that’s flash fried and then glazed in a sweet and sour sauce that’s redolent of fresh oranges. 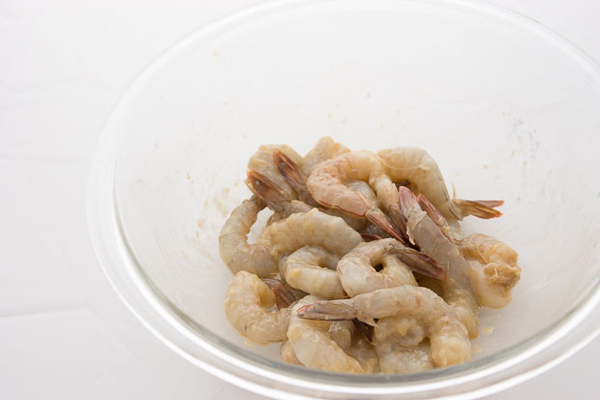 Because shrimp can have a strong flavor, I like to add some ginger, as well as a hint of toasted sesame oil, to the marinade. This tames any unpleasant notes in the shrimp, while enhancing its briny goodness. I also go with a light coating of potato starch on the shrimp before frying, as opposed to a batter. This keeps the shrimp from getting lost in a thick shell of batter. 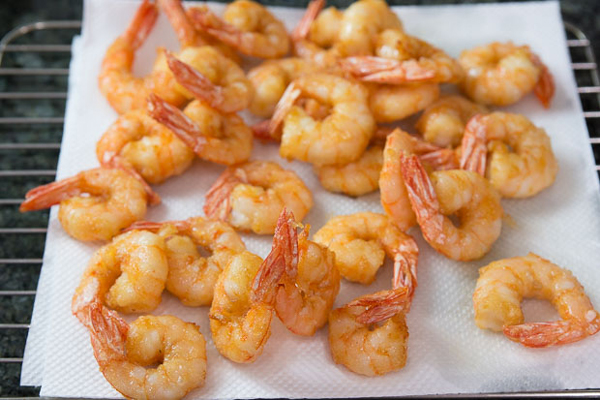 You may be wondering what potato starch is and why I always use it instead of cornstarch. Potato starch is a starch extracted from potatoes (as opposed to corn). While it may be similar in appearance to cornstarch it produces different results. 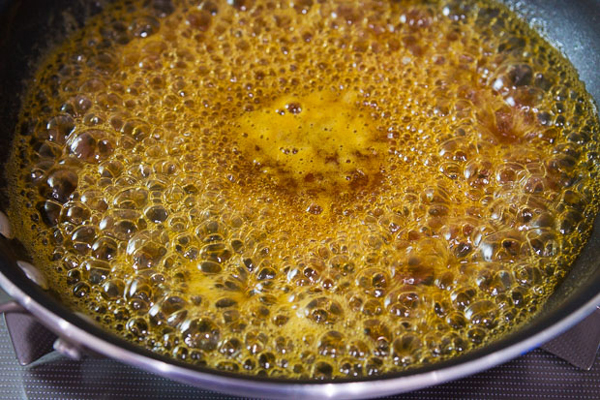 When fried, cornstarch tends to get tough and crunchy, while potato starch results in a lighter crispier texture. As a thickener, cornstarch has a tendency to cloud whatever you’re thickening while giving it a sticky gummy texture. Potato starch on the other hand keeps the liquid being thickened clear, and avoids the cloying gumminess of cornstarch. Although the shrimp are fried in this recipe, they go into a sauce at the end, and the starch thickens the sauce, helping coat each shrimp in an even glaze. 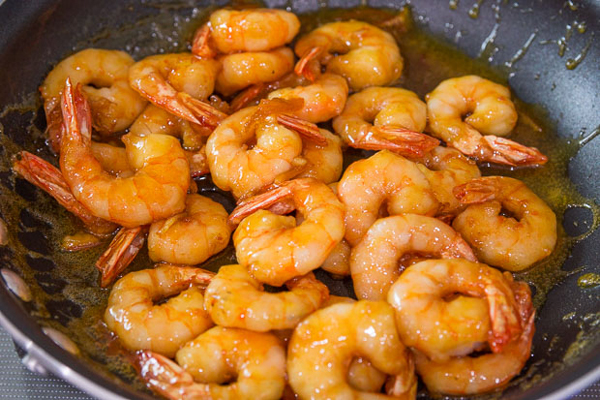 While price is generally a good indicator of the quality of a product, for this dish, you want to use cheap marmalade. Expensive marmalades tend to be made using more orange peel, which tend to make it more bitter and cloudy. Cheap marmalade on the other hand is milder, sweeter and more translucent. Although the orange flavor tends to be weaker, the addition of orange juice adds plenty of flavor and color to the sauce. 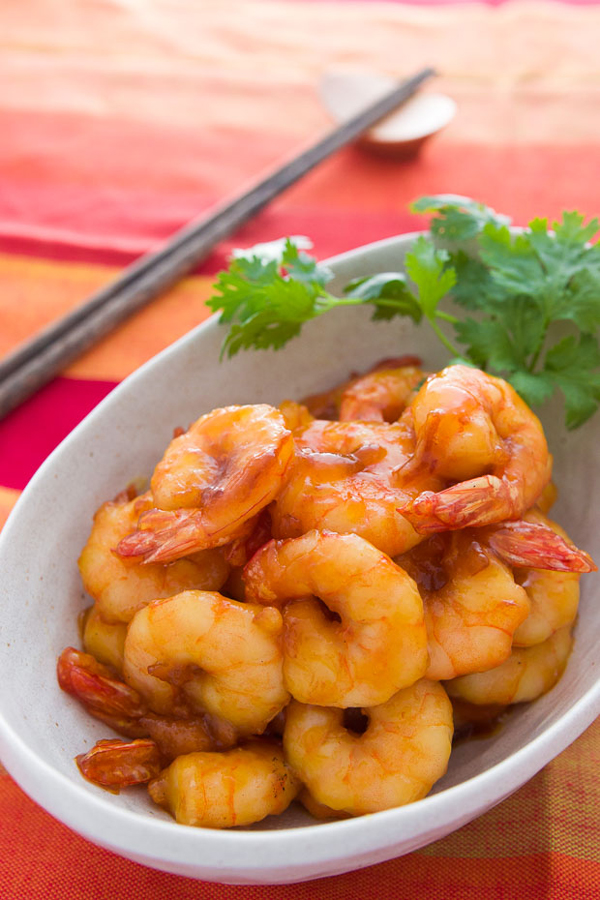 Use orange juice and marmalade to make the citrus sweet and sour glaze for this Chinese-inspired seafood dish.
(Recipe Courtesy: Marc Matsumoto from the Fresh Tastes Blog)