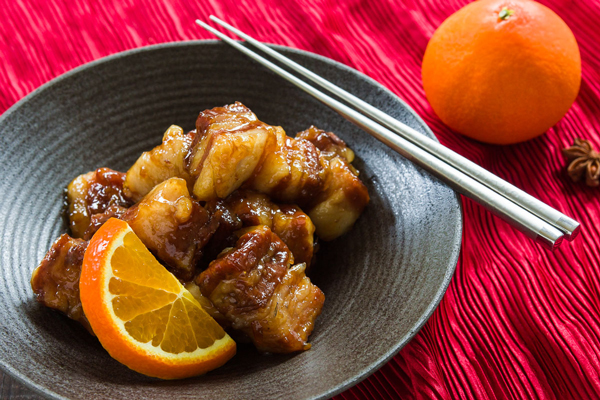 If you like orange chicken, you’re gonna love this orange-spice braised pork belly! Melt-in-your-mouth tender and glazed with a sweet and savory sauce, you’ll be tempted to eat the whole batch straight out of the pot. 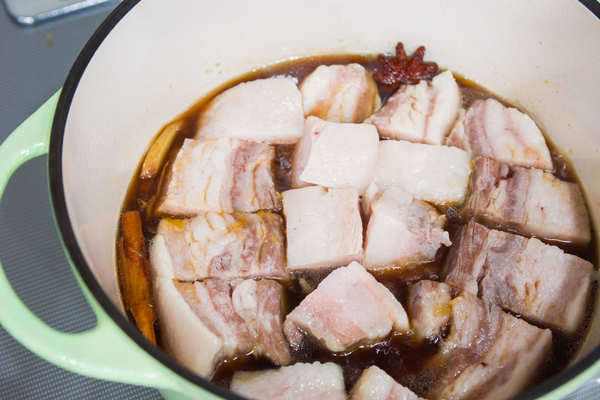 First, the pork belly is boiled in water to cook it through. This not only rids it of excess fat, it also removes any impurities that would otherwise cloud your glaze. Then, the pork is cut into cubes before being simmered with marmalade, shaoxing wine, cinnamon and star anise, until tender. 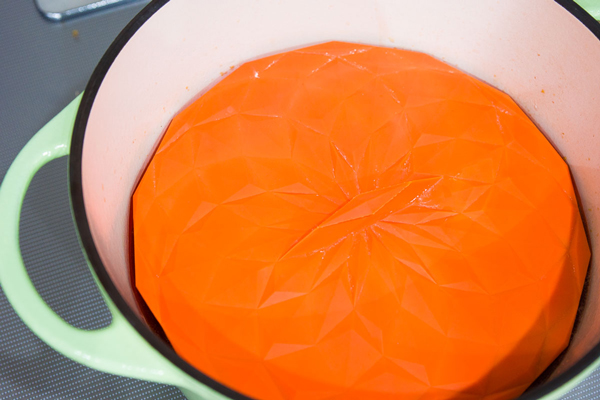 Using a drop lid is important because it helps keep the pork belly submerged, while preventing excess evaporation of the braising liquid (though you do want some evaporation). I like using silicone lids because they’re perfectly flat and have a bit of weight to them, but you can use any flat lid or a piece of folded aluminum foil that’s a bit smaller than the diameter of the bottom of the pot. 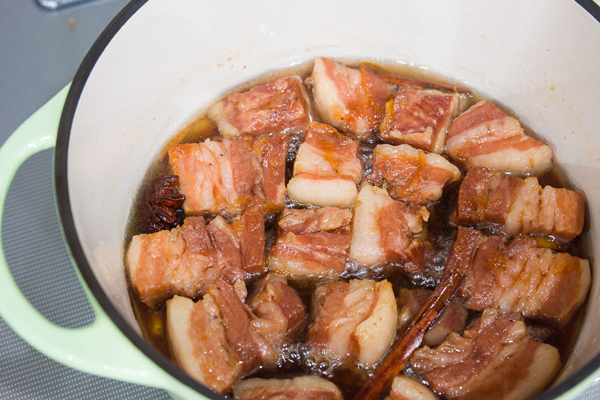 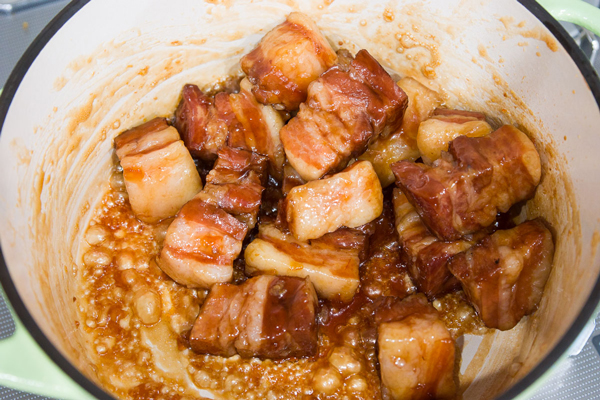 While the pork cooks, your house will be filled with the aromas of the sweet star anise, orange and cinnamon before being overtaken by the savory pork. After the pork is done, the sauce is reduced into a thick shiny glaze that coats each piece of pork in a sweet orange-spiced glaze that no mortal could possibly resist. 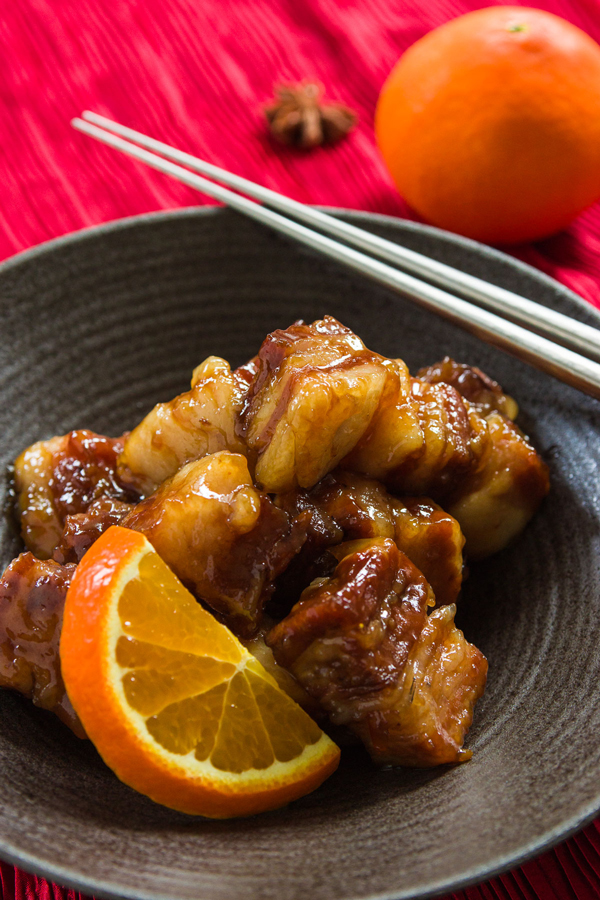