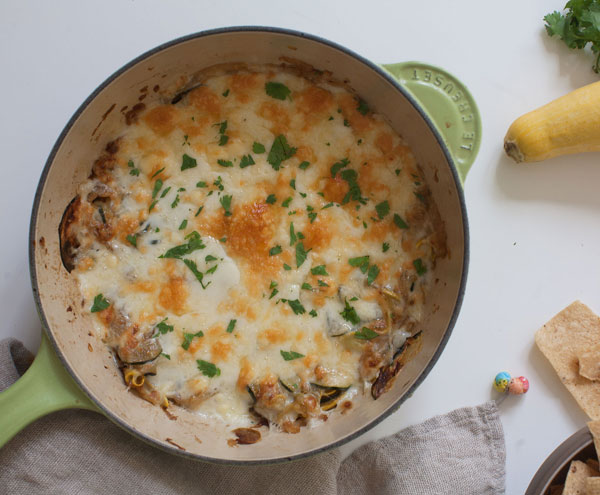 Im not sure if you caught it this week, but A Chefs Life premiered this past weekend. Being the big Vivian Howard fan I am, of course it was DVRd. I was ready! This past weeks episode was all about squash. And while most of us are already planning what we want to cook for fall, its still technically summer. 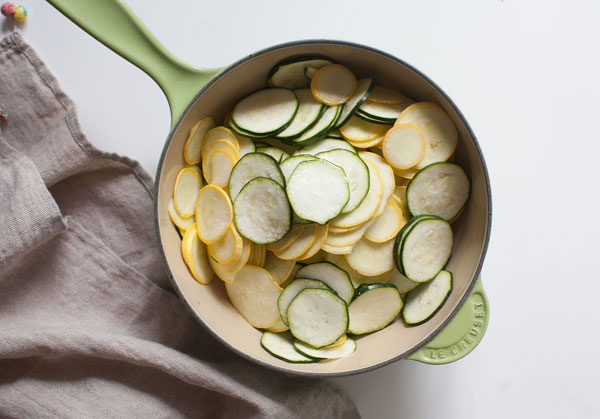 In the episode, Vivian and her mother cooked onions and squash until they were very soft and caramelized. She ended up stuffing a zucchini blossom with it and giving it a deep fry. I was dreaming about this combination, as I have way too much zucchini from a friends garden. 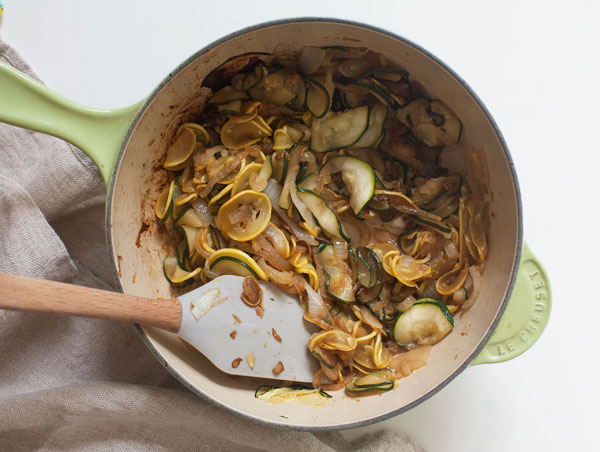 Coincidentally, I ended up going to my favorite Latin restaurant in LA, Corzon y Miel. On the menu they had a queso fundido with squash and chorizo. I thought it was magical. 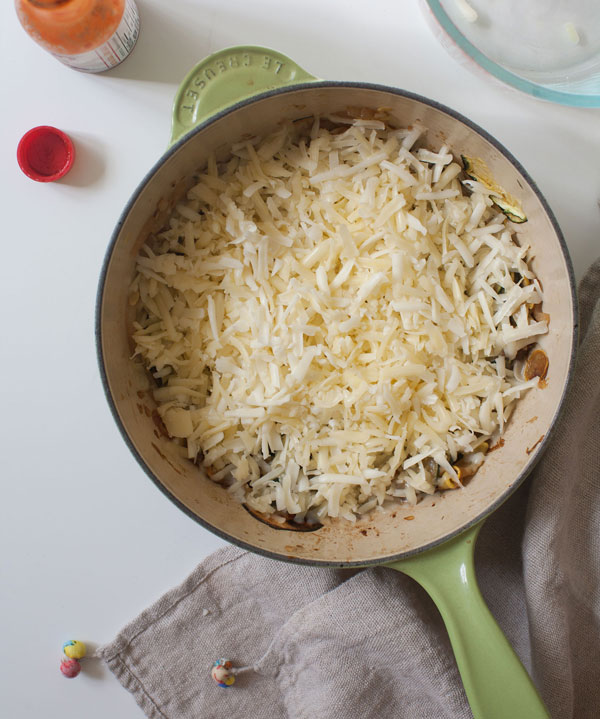 This is sort of a mishmash of both of the ideas I was inspired by this week. The squash is cooked with the onions, in the same way they were cooked in this past episode of A Chefs Life. Its then topped with a liberal amount of Monterey Jack and mozzarella and baked in the oven the way its done when making queso fundido. I like serving it with crispy tortilla chips but the traditional way is to serve it with wedges of soft tortillas. A sprinkling of fresh cilantro and a cold drink to wash it all down are musts! 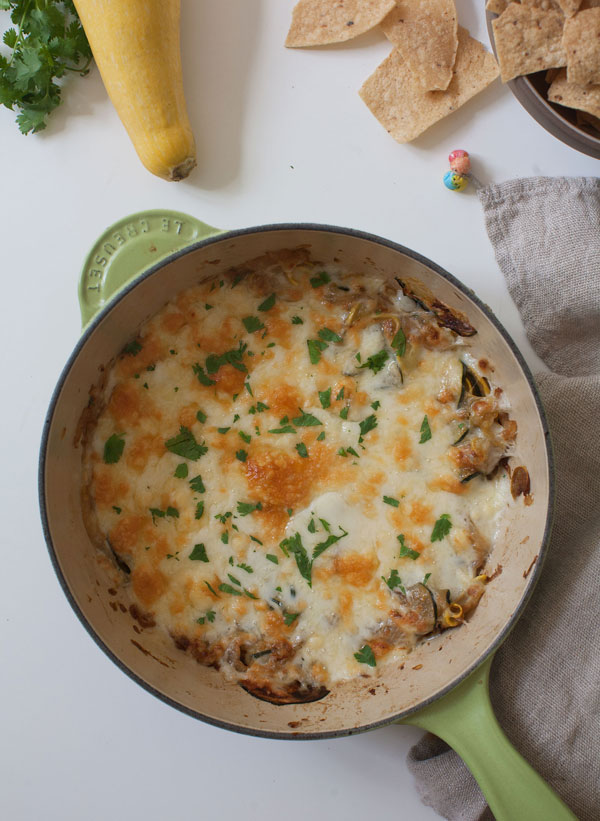 Queso Fundido with Squash and Zucchini

Similar to a cheese fondue, this dip features vegetables for a hearty appetizer. (Recipe Credit: Adrianna Adarme of the Fresh Tastes blog)