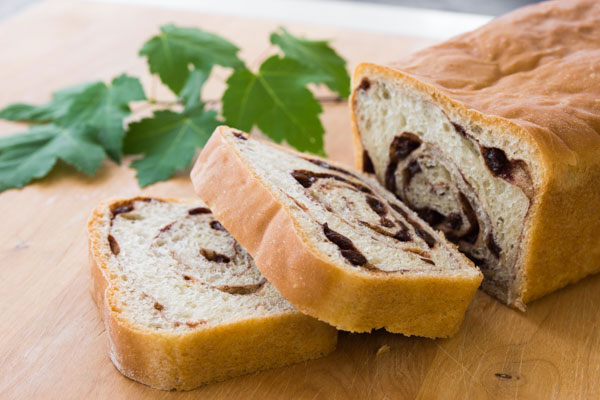 There are few things that annoy me more than slicing into a loaf of raisin bread only to discover that each slice contains a paltry raisin or two embedded in the bread as if they somehow fell into the mixer by accident. Whether its Blueberry Pancakes or Clam Chowder, I find that too many foods these days suffer from a pitiful lack of their namesake ingredients. 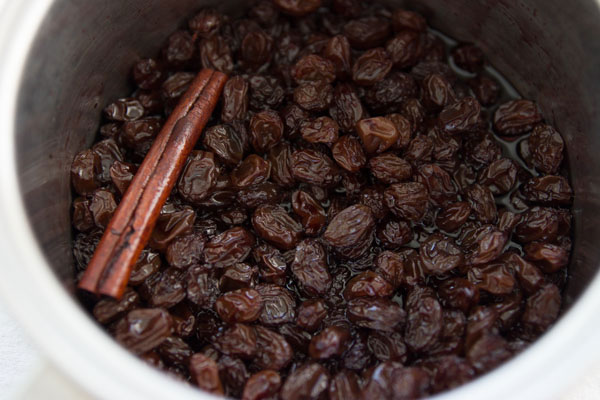 Not so with my RAISIN bread. I add a full cup of raisins per loaf, which are first simmered in red wine and spices to plump them up. Then I roll them into the dough, which avoids the problem of clumping, ensuring you have plenty of raisins in each bite. 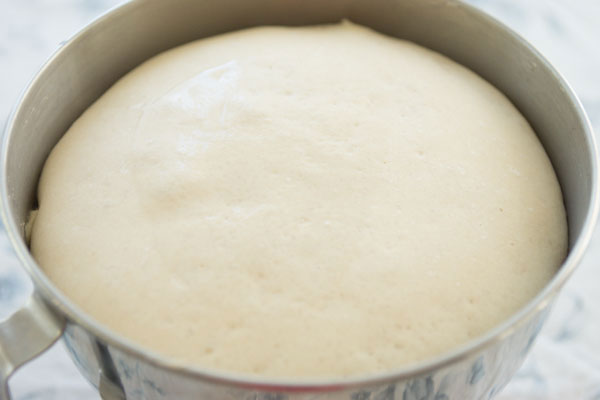 One of the best parts about this bread is that your home will be filled with wonderful aromas. Not just with the smells of the cinnamon and baking bread when its in the oven, but with fragrance of nutty yeast as the bread rises along with the scent of sweet mulled wine as the raisins simmer. 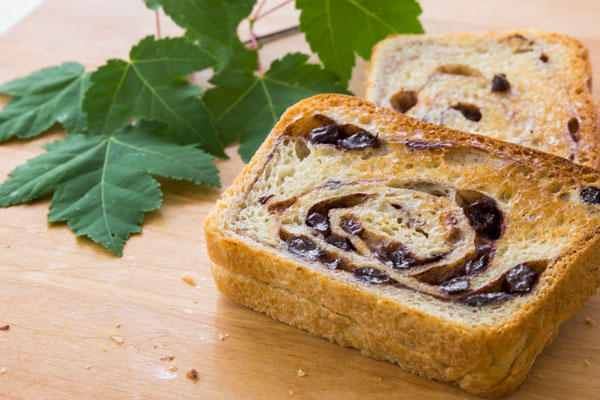 Follow Marc’s visual breakdown for rolling the dough from his recipe below to make your own raisin bread. 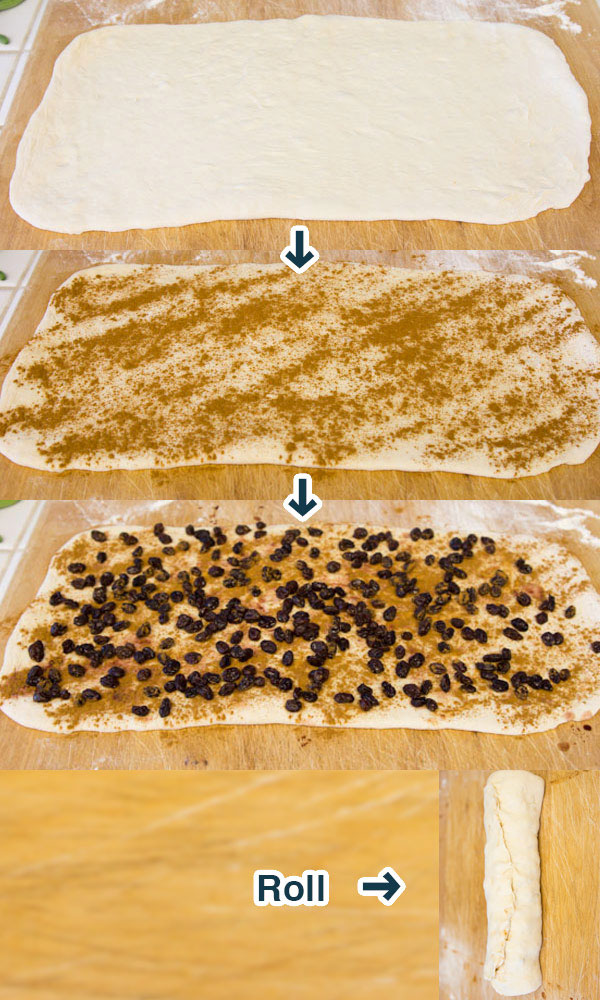 Wake up with this fragrant bread filled with cinnamon and sweet raisins. Plumping up your dried fruit by simmering in red wine and spices will ensure a flavorful result. Food blogger Marc Matsumoto explains the best way to construct raisin bread in a full post on the Fresh Tastes blog.