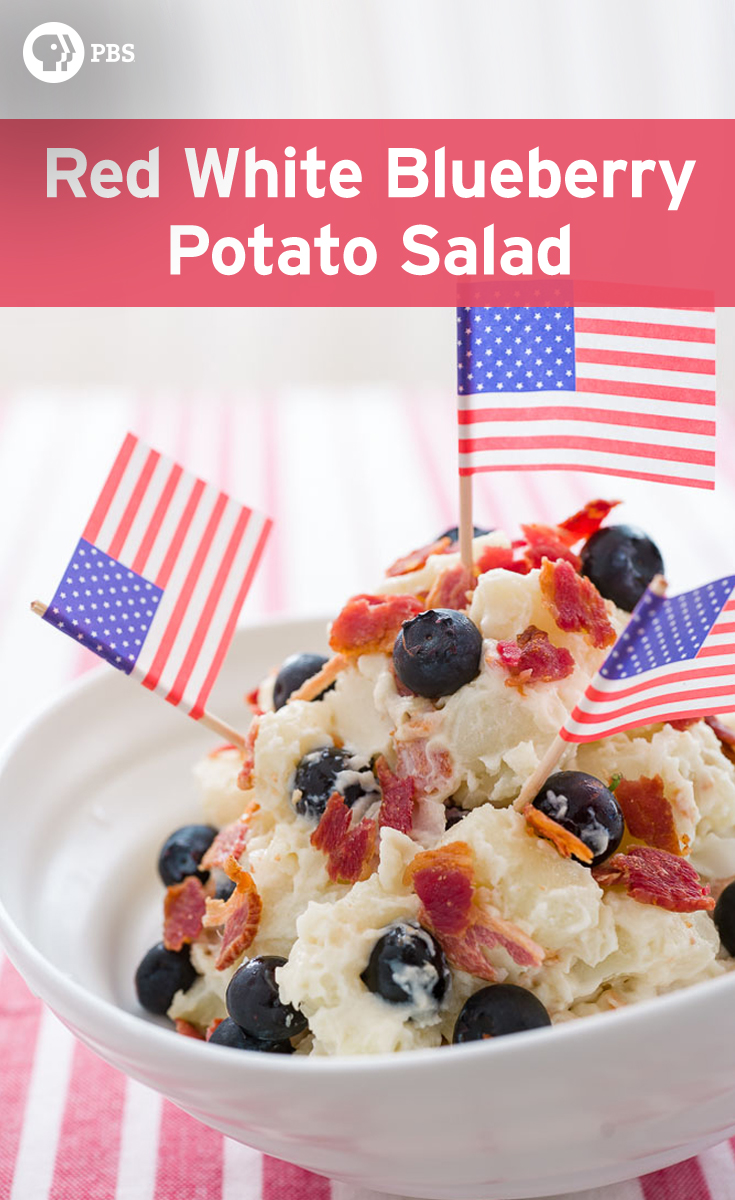 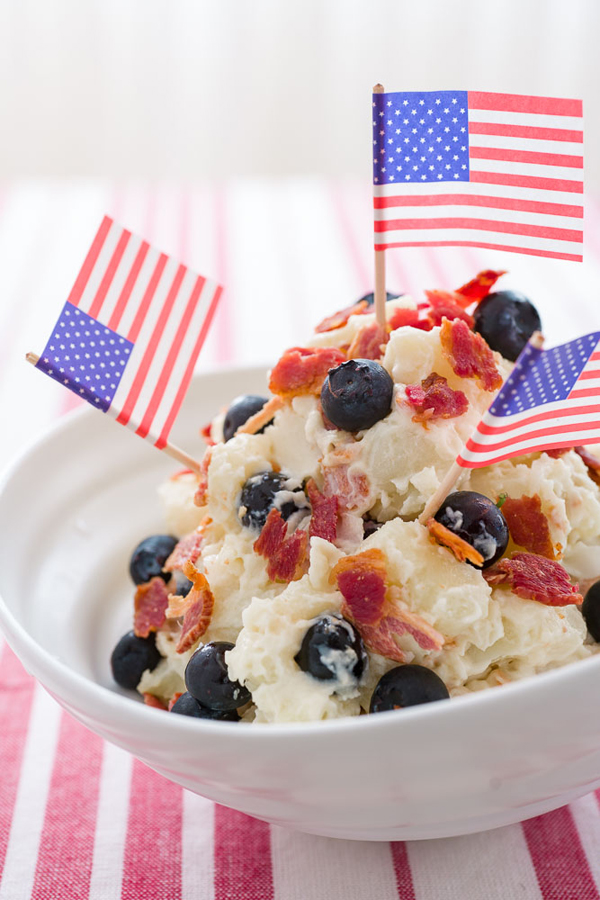 I love the Fourth of July; it marks the date when the greatest nation on Earth was founded; a day that irrevocably changed the course of human history. Besides, who doesn’t love an excuse for fireworks, parades and enough food coloring to turn your poop a star-spangled shade of purple… 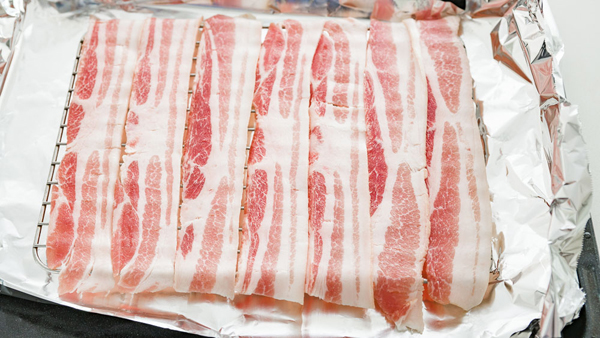 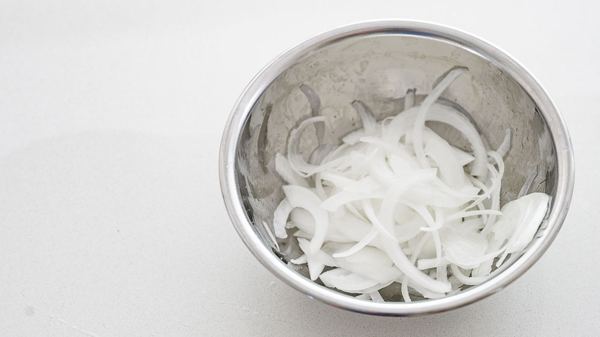 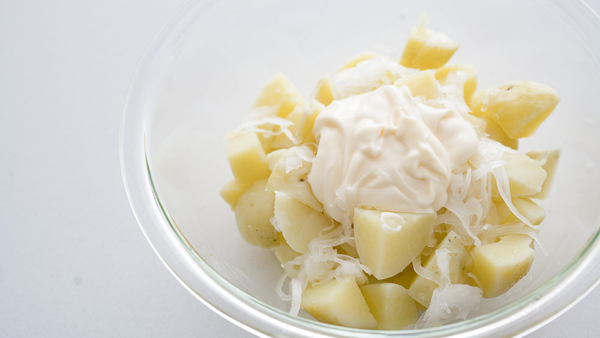 Don’t get me wrong, I’m all for having a cookout to commemorate the signing of the Declaration of Independence, but I just don’t see why people feel the need to turn everything we eat red, white, and blue like a migrant leprechaun run amok. Thankfully nature has left us with plenty of foods with a patriotic hue, like potatoes, blueberries and bacon (well okay, the last one isn’t exactly natural, but I can’t think of many ingredients that are more American). 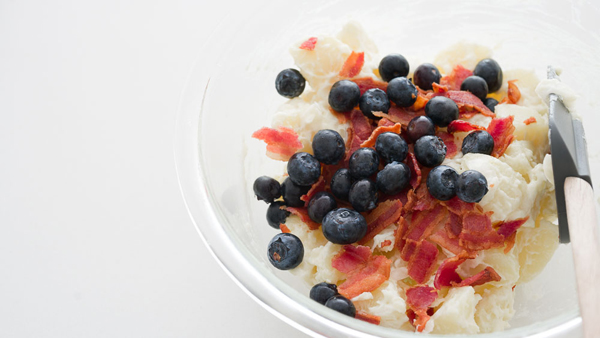 This red, white and blueberry potato salad, doesn’t just look the part, it actually tastes great as well. With creamy white potatoes studded with sweet blueberries and salty bacon, it strikes a pleasant balance between savory and sweet that will keep you going back for more. To make the salad a little more interesting I’ve included some onions that are salted and rinsed to take off the pungent edge, while giving them a crunchy texture that’s the perfect compliment to the crisp bacon, juicy blueberries and tender potatoes. 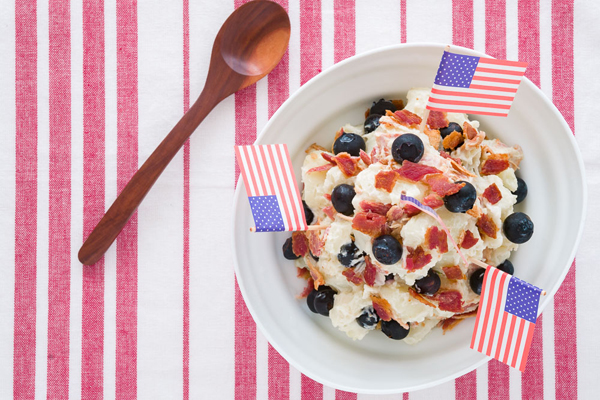 Whether I’m making mashed potatoes or potato salad, I like to boil my potatoes whole, and then peel them after they’re cooked. While it does take a bit longer, this keeps the potatoes from getting waterlogged and soggy, giving your potato salad a nice texture. 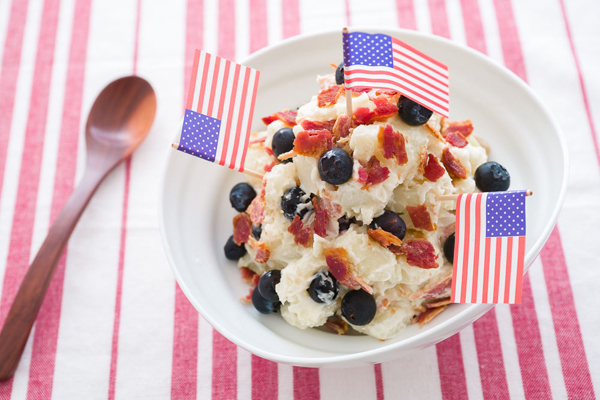 Serve this potato salad on the Fourth of July for a patriotic side dish. (Recipe Credit: Marc Matsumoto of Fresh Tastes)