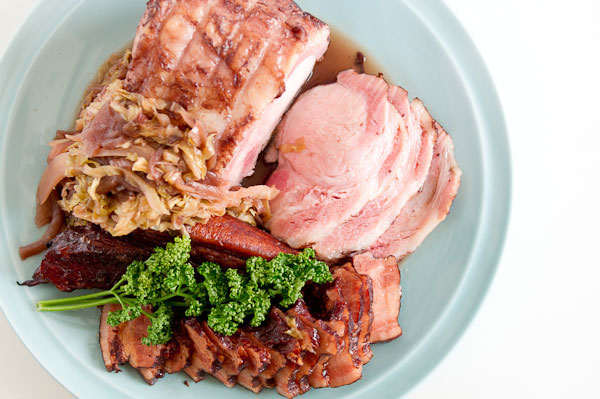 Ive never been a big fan of ham. Its often salty, seldom tender, and quite frankly boring. About the only thing going for it is that its a pre-seasoned hunk of meat that will feed a lot of people, which is probably why its been a popular choice for parties.

If you can get past the salt though, ham does have an incredible amount of flavor locked up in the meat, which is why I like using it in soups and stocks. One way to quell the salt is to braise it in a sweet liquid. 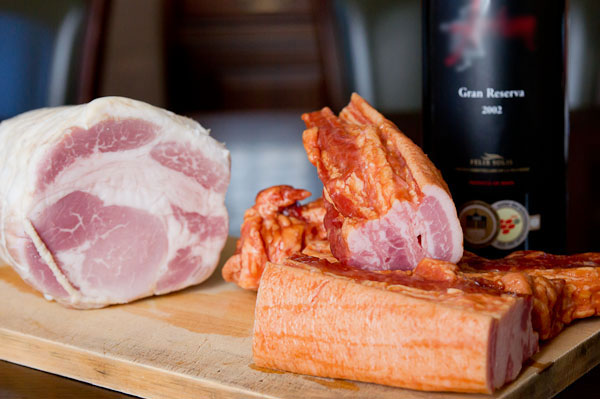 Fruit juice and even cola works, but after preparing this wine braised ham for a holiday party, I cant imagine using any other liquid. This was so good and so simple to make it will be replacing my pot roasted chicken as the go-to meal of choice for company. 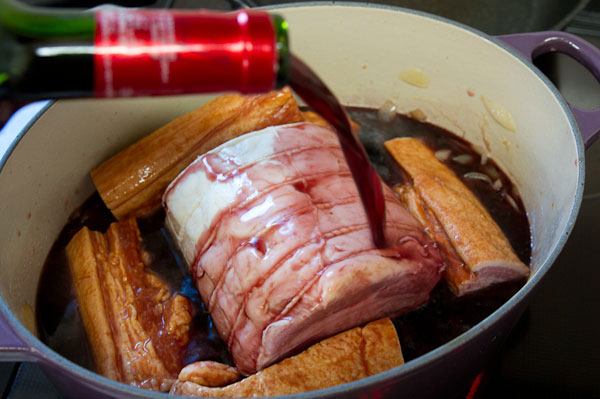 Some of the salt from the ham migrates into the wine, while the long simmer breaks down the fat and connective tissues rendering the meat melt-in-your mouth tender. The ham takes on the color and flavor of the wine and the sweet honey takes the edge off the remaining salt in the pork. 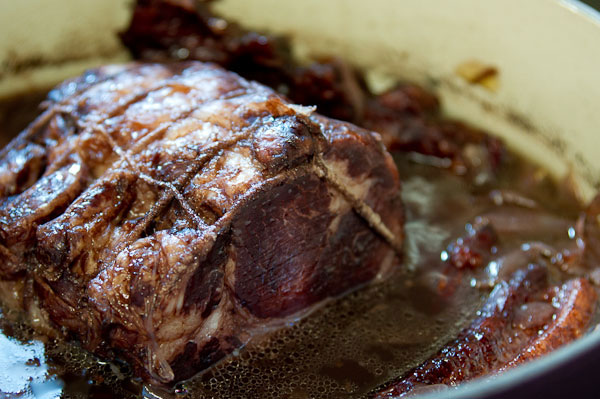 The best part though is that youre left with a ham, caramelized onion and red wine stock that can be reduced and turned into a sauce, or better yet; it can be used to cook veggies making for a one-pot meal. Root vegetables work, but in a nod to classics such as bacon and cabbage, and choucroute garnie, I love to shred a head of cabbage and let it simmer in the braising liquid until its as tender as the meat. 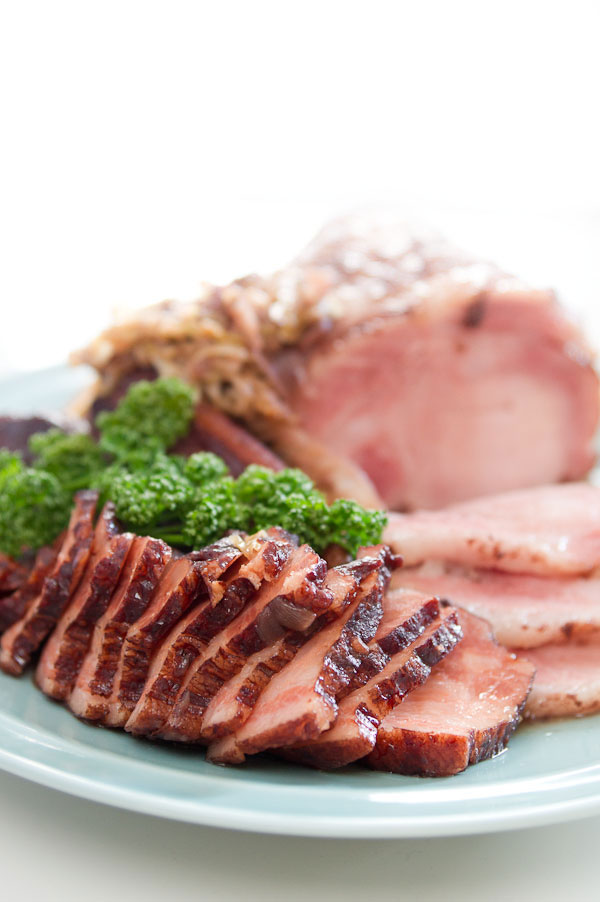 With only five ingredients, its absurdly simple to make and yet the fruit from the wine and the smoke from the meat create a marvelously complex array of flavors that tastes like you really put a lot of effort into it.

Take these five ingredients to create a delicious blend of flavors. Food blogger Marc Matsumoto shares this recipe in a full post on the Fresh Tastes blog.