Can You Make Vegan Unagi? 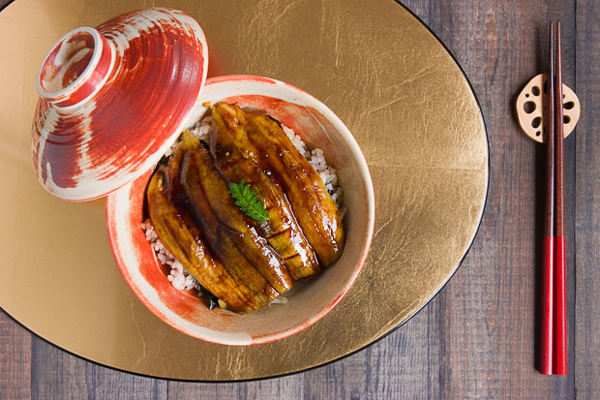 If you’re reading this, I’m guessing you fall into one of two camps: 1) Totally excited for a vegan alternative to this unsustainable eco-trainwreck 2) Totally horrified and asking “why…?”. To be honest, I had some mixed feelings when a client asked me to come up with a vegan alternative for unagi. As far as fish goes, this is kind of like asking for a vegan roast chicken or porterhouse steak. 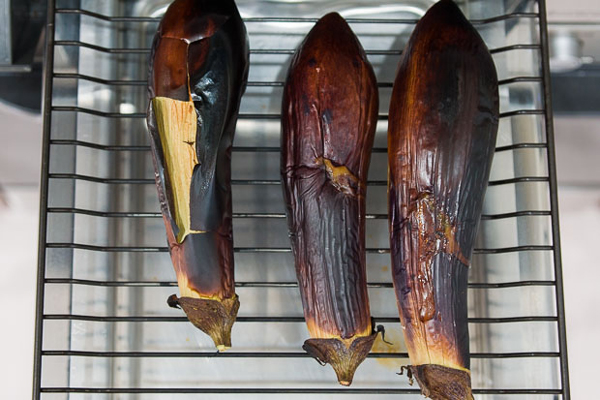 A quick search confirmed my fears with uninspiring alternatives running the gamut from mashed potatoes to seitan. Most bear little resemblance to freshwater eel, and I can only imagine how far off the taste and texture is. 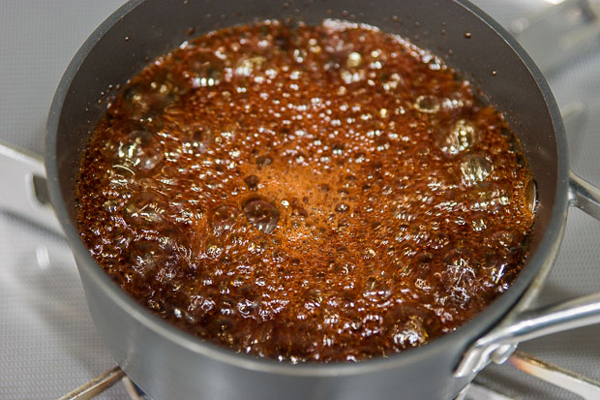 In Japan we often char-grill eggplant, which when peeled and split looks a bit like a fish fillet, a similarity I’ve noticed on more than one occasion. The thing is, eggplant roasted in this way is creamier than anything else, which is not even close to the flaky texture of cooked fish. This does, however, work pretty well when you’re trying to imitate the texture of freshwater eel. There are the edible pin bones in unagi of course, but let’s be honest, those are more of an unavoidable nuisance than a desirable texture. 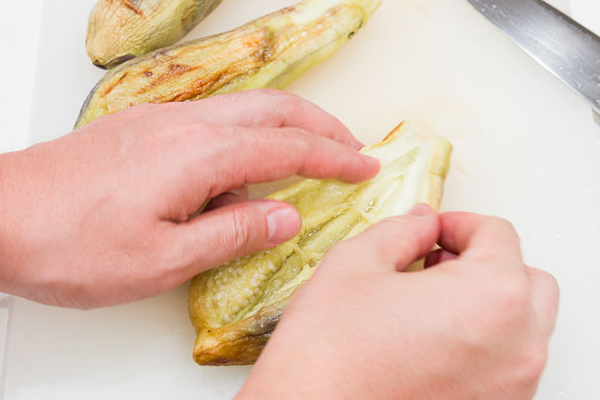 Curiosity piqued, I tried grilling some Japanese eggplant until the skin was thoroughly charred. After peeling and splitting it, each eggplant formed two plump fillets with a creamy texture and smoky flavor: the perfect foil for brushing a thick coat of kabayaki sauce on. By sticking nori on one side of the eggplant, it not only adds an aquatic flavor to the vegetable, but also doubles as the black skin for our unagi. 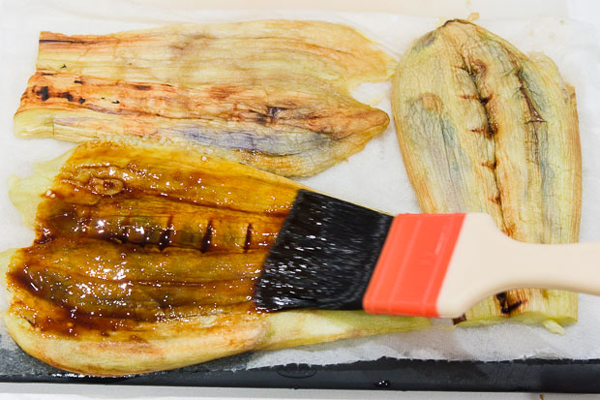 While I’m not going to lie to you and say it tastes exactly like unagi, it’s probably about as close as you’re going to get, short of some factory engineered frankenprotein. The most important thing is that whether you’re vegan or not, this eggplant donburi is pretty darn tasty. So whether you want to call it vegan “unagi” or a roasted eggplant donburi, this is a delicious simple meal that comes together in less time than it takes to cook a bowl of rice. 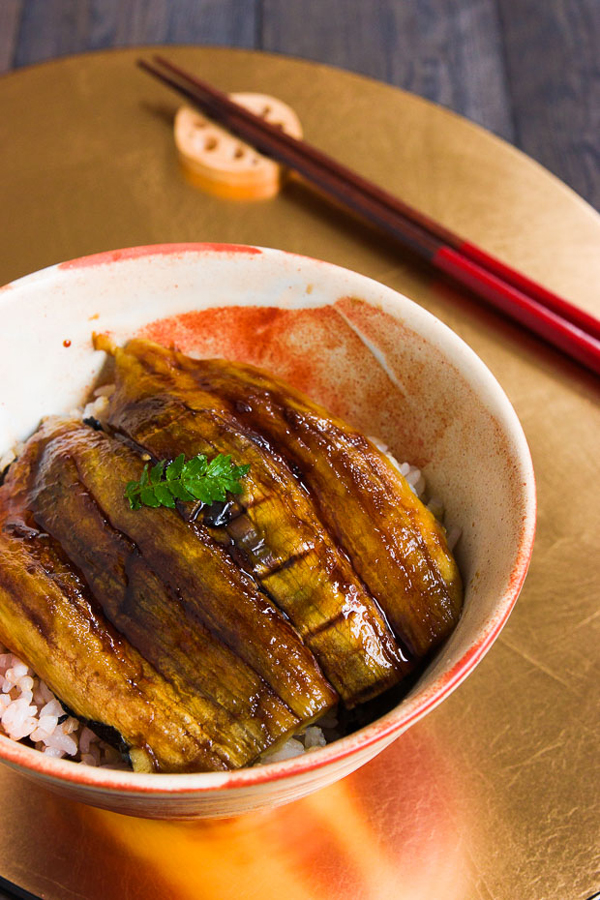 Mimic the textures and flavors of unagi using eggplant, seaweed and kabayaki sauce for a vegan alternative to eel.
(Recipe Courtesy: Marc Matsumoto from the Fresh Tastes blog)