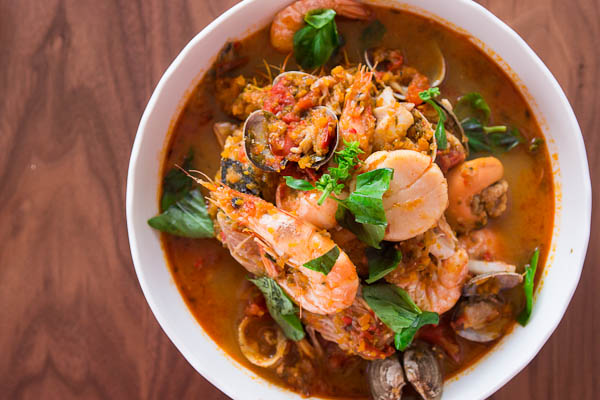 If she were still with us today, next month will mark Julia Childs 100th birthday. She inspired a generation of home cooks and left an indelible mark on Americas culinary heritage. Her tome, Mastering the Art of French Cooking, set out to do what no other American cookbook had done before: to make French cuisine accessible to the masses.

But its been over 50 years since Mastering the Art of French Cooking was first published, and times have changed. Amazons 1-Click has replaced the Sears mailorder catalog, iTunes has replaced the movie theater, and the few people who still cook make semi-homemade-30-minute-meals.

No, Im not some crusty old codger lamenting the decline of society due to the Interwebs, but I am a realist, and to todays serventless American cook, Mastering The Art of French Cooking may as well be an instruction manual for a nuclear reactor.

Rather than send you on a scavenger hunt to find all the ingredients for Julias four page Bouillabaisse recipe, Ive decided to give you a framework by which you can construct a seafood stew using ingredients that you can find locally.

It goes by many names: Bouillabaisse(French), Cioppino (American), Aldeirada(Portuguese), Maeuntang(Korean), Caldo de Mariscos(Mexican), Kakavia(Greek), but anywhere theres an ocean and people who fish it, there’s almost certainly a local seafood stew. In many cases, its a dish that was created by fishermen trying to use up the unsold remnants of the day’s catch.

While the ingredients in each dish may vary based on whats caught locally and to cater to the local palette, the similarities outnumber the differences which just goes to show that humans on opposite sides of the world really arent all that different.

Ive broken down seafood stew into five categories of ingredients that you can use to shop for everything youll need to come up with your own version of this global classic. 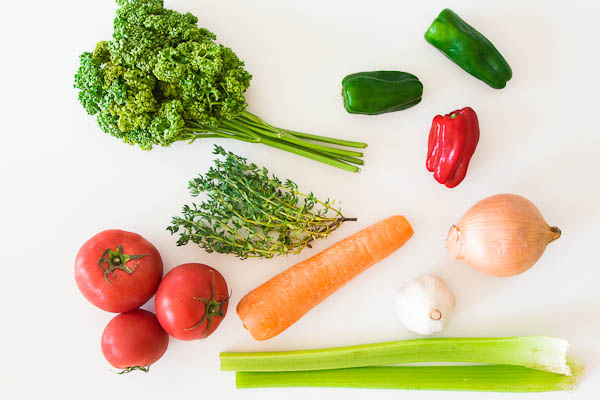 Aromatics – To use a musical example, the aromatics lay the bass line and the beat. They’re often diced very small and cooked long enough where they almost disappear into the soup, but they’re ever present and lay the foundation for your stew. 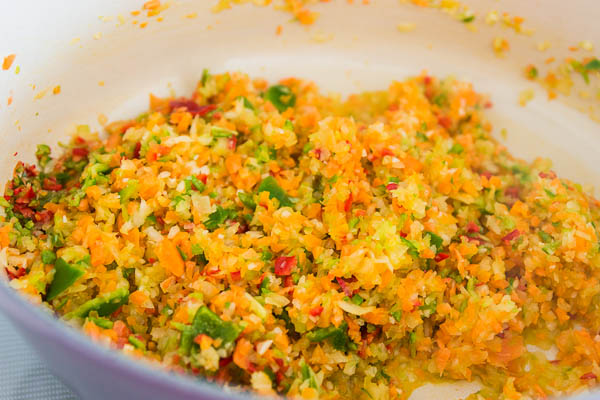 Liquids – Continuing with the musical example, the liquid is the air that sound travels through, without a liquid bringing everything together your stew is just a jumble of ingredients playing in a vacuum. Because the seafood is so flavorful, you could get away with using water, but why pass up an opportunity to add more flavor.

Flavor enhancers – Whether it’s a piano’s sustain pedal, a vocalists vibrato, or post-production “sweetening” , music is full of tricks to make something sound better. In cooking there are ingredients that can be added to increase the level of umami (savoriness) in a dish. One notorious example is MSG. But all MSG is, is a lab-synthesized glutamic acid that makes food taste good. The aromatics and seafood will release a lot of umami compounds into the stew, but there are many foods with high concentrations of flavor enhancing glutamic acids that you can add to make it even better. 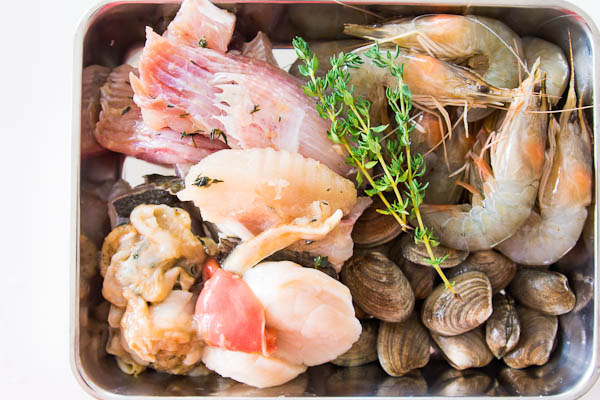 Seafood – Since this is a seafood stew, the seafood is going to carry the melody like the vocals in a song. Just like a great vocalist can carry the tune a cappella, flavorful seafood (such as clams) can carry the stew by itself. But its the backup singers and a band that give the song breadth and depth. Your seafood stew is no different, and a different mix of seafood will give you a different stew every time.

Ideas: shellfish (such as clams, scallops, mussels, etc), crustaceans (such as shrimp crab or lobster), fish (such as cod, skate, snapper, etc) 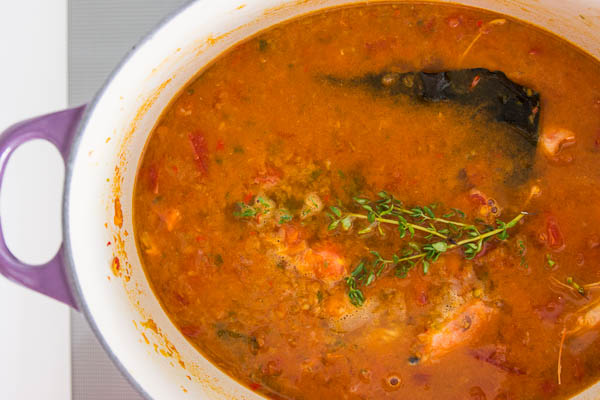 Accents – While some herbs, like saffron, bay leaves, and thyme work better as an aromatic added in at the beginning; most are best thrown in at the end. In musical terms the herbs are the harmonies and added musical flourishes like cymbals and tambourine, they compliment existing melodies, while adding some bright notes of their own. They can also be used as a topping to add a bit of color to the dish as well. 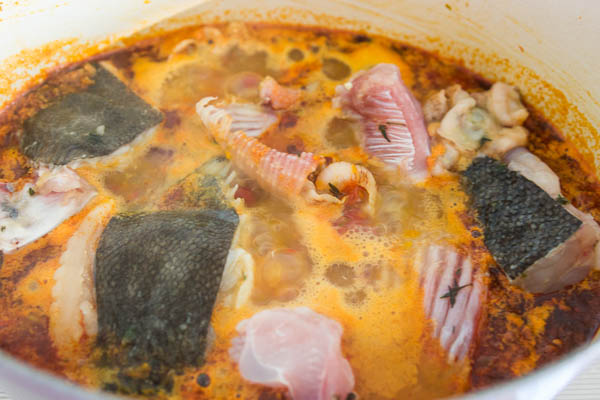 Secret Ingredient – You’re the music producer at the soundboard mixing tracks. Your job is to make sure all the elements come together smoothly and that no one ingredient is too loud or too soft. Like music, food preferences are largely subjective, so hopefully you learned enough to create your own seafood stew. 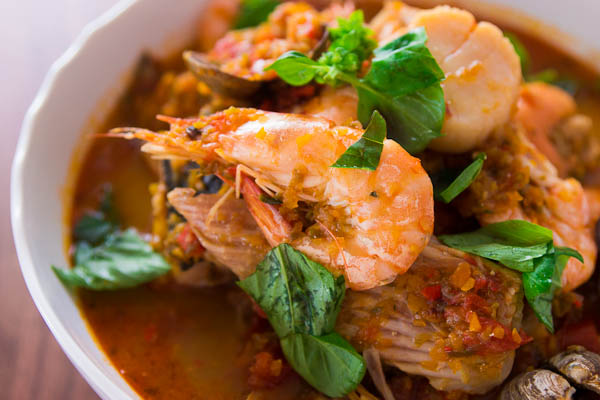 What’s In Season During the Summer?
Serve Grilled Artichokes at Your Next Summer BBQ
Learn More Providing Support for pbs.org