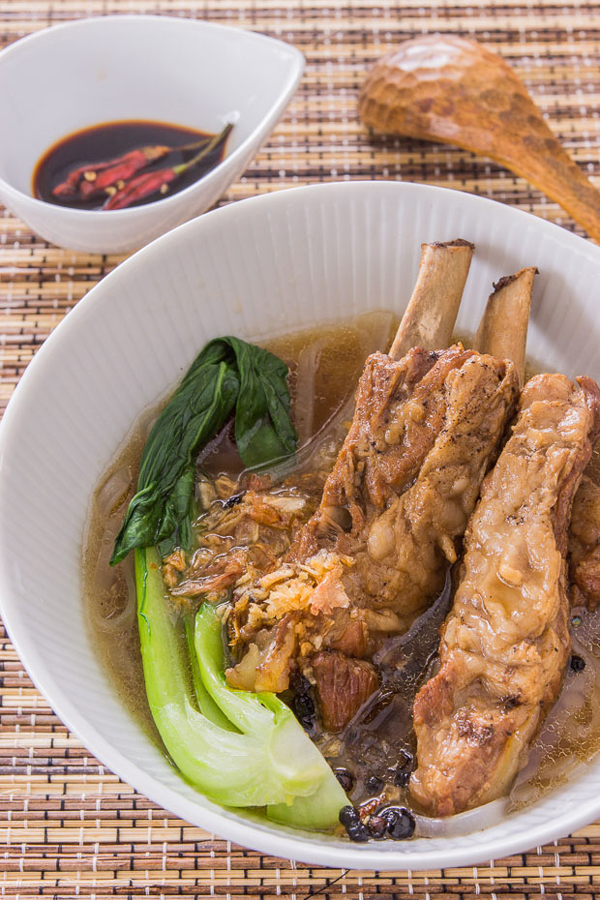 I often joke that if I were stranded on a desert island and could only eat one type of food for the rest of my life, it would be noodle soup. Its the perfect one-bowl meal with protein, vegetables and noodles in a savory broth that soothes the soul. More importantly, with variations that run the gamut from light chicken pho to unctuous tonkotsu ramen, it’s a food with enough diversity that the hypothetical island-dweller version of me in this improbable scenario would never get bored. 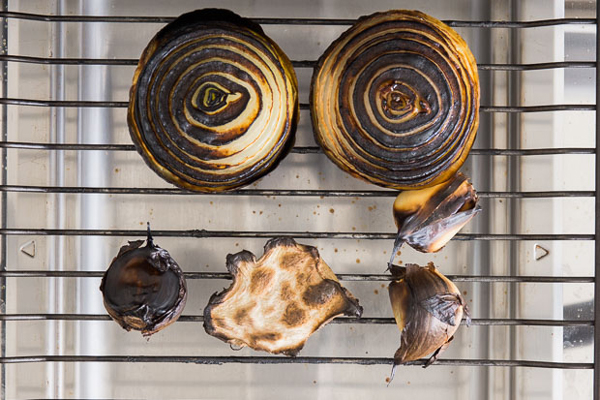 So when a blizzard hit last week and I found myself stranded by a wall of white stuff, my first thought was to get the pressure cooker out and start making some stock for a noodle soup. As luck would have it I had some frozen spare ribs and a half empty pack of dried rice noodles. About an hour later, I was tucking into this steaming bowl of sublimely balanced broth with delightfully chewy rice noodles topped with fall-off-the-bone tender spare ribs, bok choy and fried shallots. 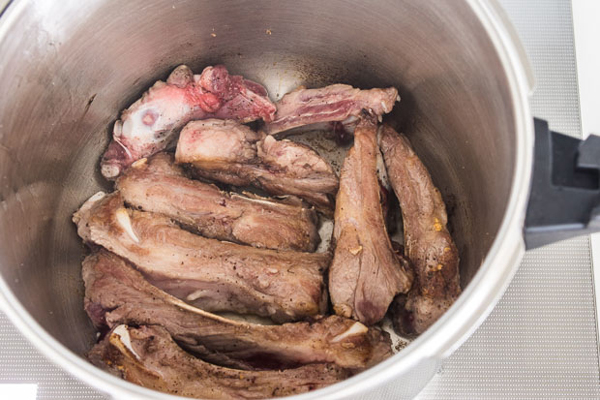 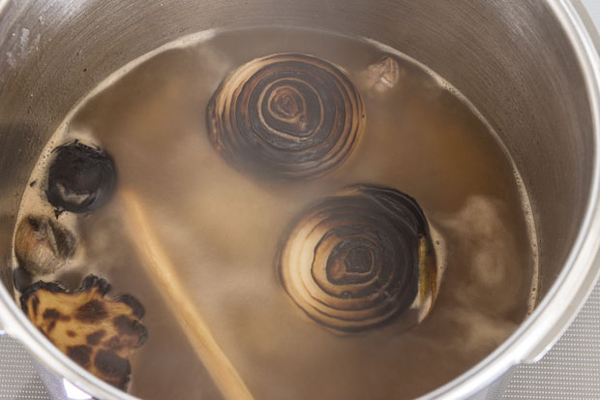 The key to this broth is in burning the aromatics. Yes, that’s right, you want to burn them, as in charred black. Don’t worry, you won’t be eating them and it won’t make your soup bitter or acrid as you might expect. Instead, the blackened garlic, onions and ginger take on a unique savory flavor that adds a depth to the soup that will literally make your mouth water. 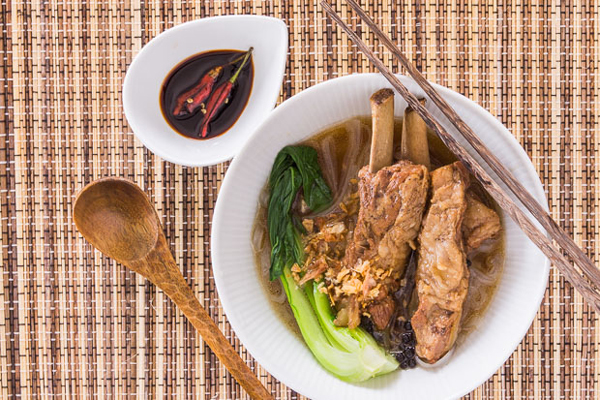