Start the Day with Steel Cut Porridge and Honeyed Pecans 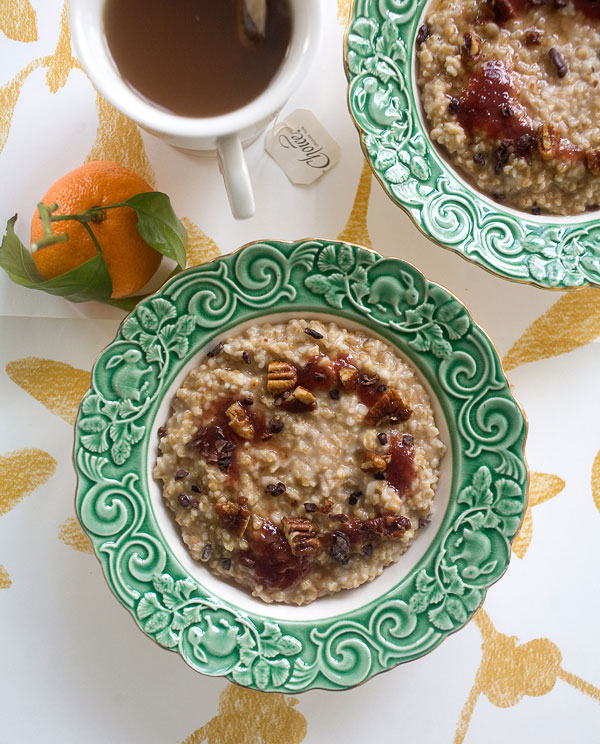 I’m not sure if you caught wind or tuned in this week, but Downton Abbey has made its fourth season premiere in the U.S. and I couldn’t be more excited about its return! I’m a huge fan of writer, Julian Fellows, and have been a longtime fan of dramas that explore the tales of class division, the very intertwined relationships between royalty and their servants, and the gossip is, well, just fun. I guess you could say I’m a lover of all things British. As a kid, I devoured everything Austen-esque, I currently drive a British car and own a British dog (corgi lovers unite!). And tea and scones in the afternoon? I can’t think of a better ritual. 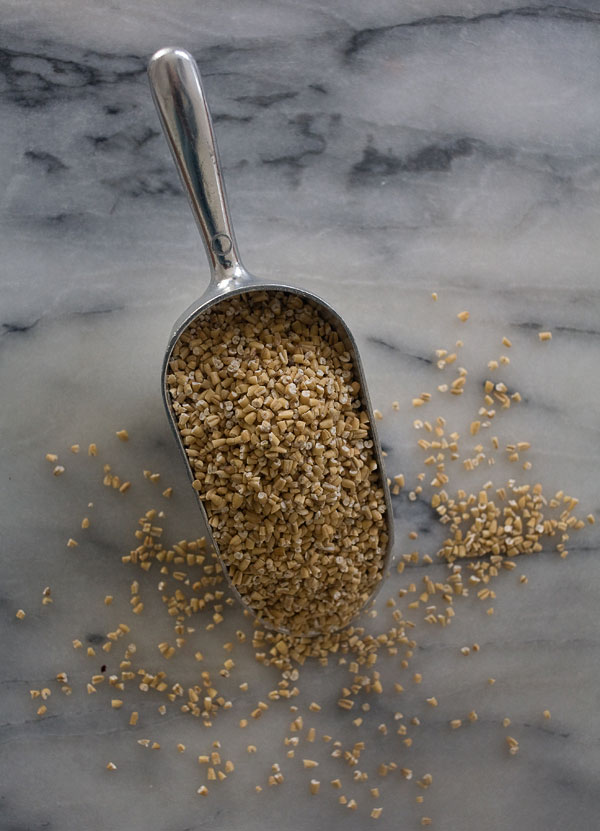 When I was eight years old, the first (and only) play I was a part of was a bit-role in Olivier Twist. I was an orphan with my sole line being, “More porridge, please!” Up until that point, I’d never had porridge, but that minor role made me assume that porridge was absolutely disgusting. It wasn’t until years later that I learned it’s the exact opposite of disgusting—it’s downright heavenly. 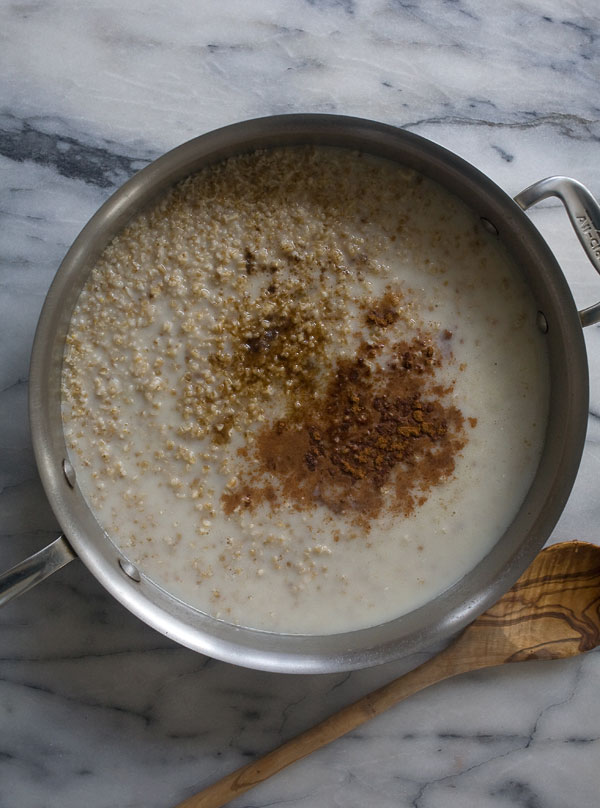 Most people steer clear of steel-cut oats due to their long cook time; that’s why I suggest you make a big batch and then store it in the refrigerator. You can simply add a few scoops from the refrigerator to a bowl, with a splash of milk and then reheat it in the microwave. Add the toppings you love and then, breakfast!

Below, you’ll see I used almond milk as the source of “dairy,” but feel free to swap it out for any type of milk you like: rice milk, cow’s milk, goat’s milk, etc. I love topping my porridge with a bit of jam, some variety of nuts and a drizzle of honey. In this case, I honeyed the pecans and brought in some cocoa nibs for a healthy kick, but feel free to add what you have in your pantry. 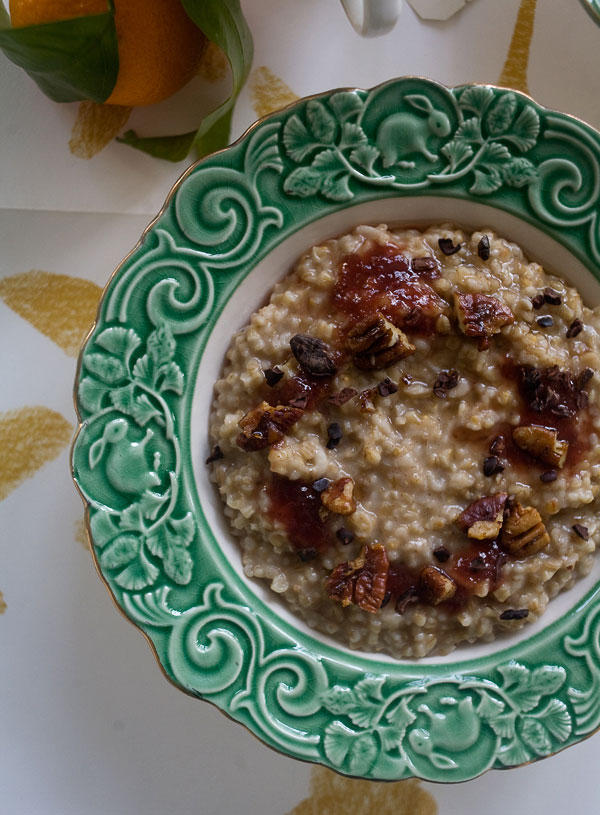 You can make porridge in advance for a quick, yet filling breakfast. Just add your favorite toppings.