Pan-fry a Teriyaki Chicken Bowl for an Easy Lunch 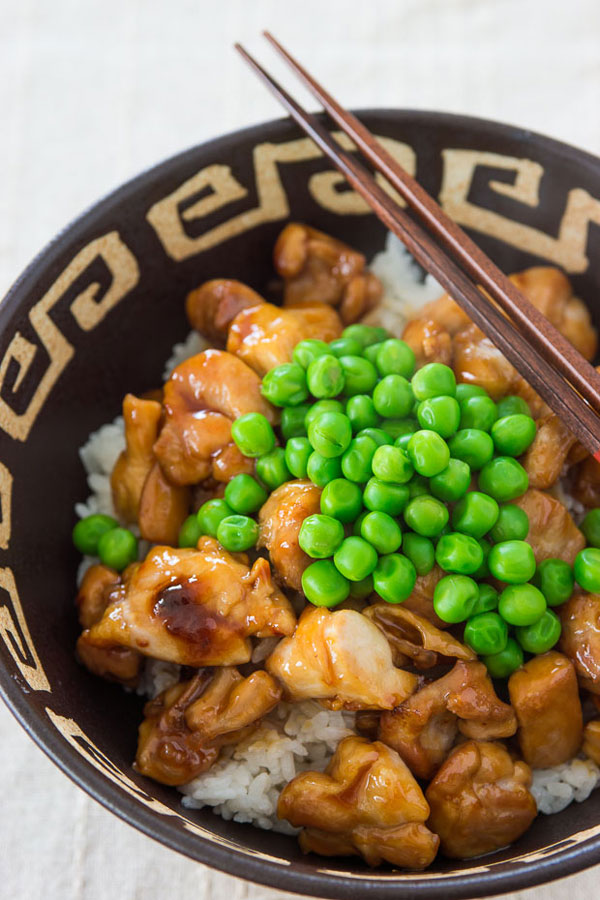 Perhaps it’s my Japanese heritage, but for me, a teriyaki chicken bowl (????????) is one of the easiest, tastiest lunches ever. It only requires a handful of ingredients and comes together in less than 10 minutes. Once you’ve made it a few times, there’s no need to measure out the ingredients, and you can riff off the base recipe, adding things like ginger, garlic, hot sauce and black pepper to mix things up.

This one is based off of my pan-fried Chicken Teriyaki recipe, except by cutting the chicken up before you fry it, it’s easier to eat, while cooking faster. The sauce has equal parts soy sauce, sugar, mirin and sake; it’s that simple! Because there’s often some confusion around what mirin and sake are, let me explain.

Mirin is a brewed rice beverage that has a low alcohol content and high sugar content, making it very sweet. The sugar in mirin is produced by a type of mold called koji, which converts the starches in rice into maltose. The high maltose content of mirin not only makes it sweet, it confers a glossy sheen to whatever it’s added to. That’s why a great teriyaki sauce glistens like lacquer. If you can’t find real mirin where you live (many sold in the US include high fructose corn syrup), you can use a 50/50 mixture of maltose and sake.

Sake is an alcohol that’s also brewed from rice, but unlike mirin, it has a relatively low sugar content and a high alcohol content. While it’s often called “rice wine”, it is very low in acidity and is not produced in the same way as wine, giving it a very different flavor profile from grape-based wines. This makes it a little difficult to substitute if you’re not able to find sake in stores near you. 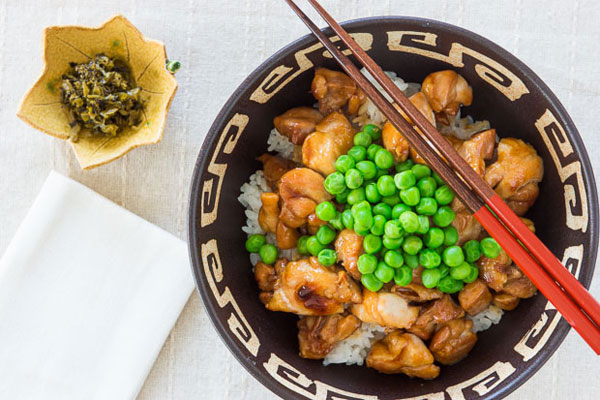 Sometimes I see spirits and fortified wines such as sherry being recommended as a substitute, but these often have a strong flavor that will overwhelm everything else. I’ve also seen rice wine vinegar suggested as a substitute, but this is probably the worst thing you could use. Like red wine vinegar, rice wine vinegar has undergone the last stage of fermentation where the alcohol turns into acetic acid. It is very sour and will make your teriyaki sauce taste wrong.

If for some reason you can’t find sake, the best substitute is to use water. While you’ll lose some of the umami in the sauce, it’s better than using a poor substitute, that will change its flavor. 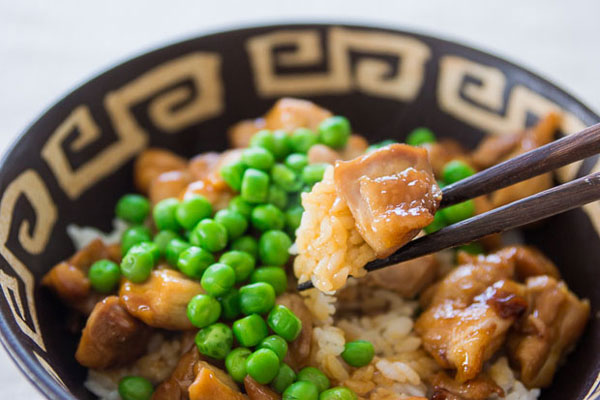 If sake is hard to find, use water as a substitute instead of sherry or rice wine vinegar.
(Recipe Courtesy: Marc Matsumoto from the Fresh Tastes Blog)