Hooked on Julia After One Bite | #CookForJulia | PBS Food

Food Home » #CookForJulia » Hooked on Julia Child After One Bite

Hooked on Julia Child After One Bite

I have always loved food, but my true obsession with food and cooking was born in 2000 while studying in Paris for a semester during undergraduate school. Although I came home with a suitcase filled with cookbooks, it wasnt until 2008 that I ever tried out one of Julia Childs recipes. I had just joined the Daring Bakers, an on-line group that tackles a new baking challenge once a month, and my first challenge was Julia Childs recipe for French Bread. When I looked at the recipe, I felt as though the wind had been knocked out of meit was long (eighteen pages long in the original Mastering the Art of French Cooking, Vol. 2). But I soon discovered that length did not translate into difficulty when it came to Julias recipes. She wrote her recipes in a manner that allows her to walk with you through each and every tiny step of the cooking process.

I made my first boules of crusty bread using Julias recipe in a tiny kitchen, with an oven the size of a microwave, in Tokyo, Japan. I remember cutting off a thick slice and slathering it with butter, and then taking a bite. One bite was all it took for me to become hooked on Julias recipes and kitchen wisdom. Since that first adventure in my Tokyo kitchen, Ive returned to her books many times, finding inspiration within their pages. 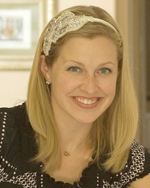 Rachael Hutchings, author of La Fuji Mama, has eaten her way around the world, having lived in a variety of fun food locations, including Paris, Tokyo, Yokohama, Memphis, and Los Angeles. She features recipes that are a fusion of different tastes, influenced by the variety of places she has lived and visited, and the people she has met. You could say that her food has global roots with a local homegrown accent.