How To Be Remembered | #CookForJulia | PBS Food

Food Home » #CookForJulia » How To Be Remembered

How To Be Remembered 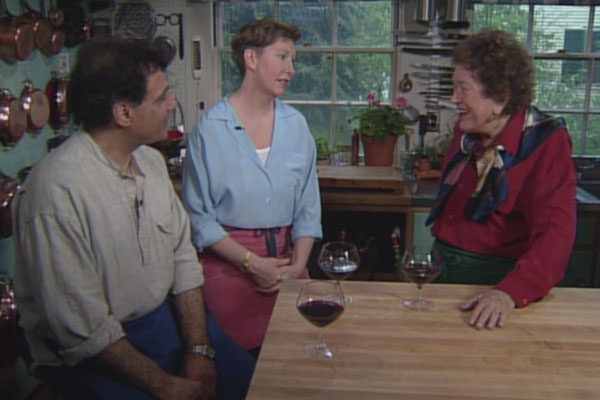 PBS Food asks Chefs Johanne Killeen and George Germon, from Al Forno Restaurant, about their time with Julia Child on the show, “In Julia’s Kitchen with Master Chefs.” In the midst of the Julia Child 100th Birthday Celebration, Killeen and Germon pay tribute to her legacy.

Julia was a warm and generous host. It could have been an intimidating experience. Working with a legend, someone for whom we had so much respect, could have been nerve wracking! Instead, Julia made us very comfortable.

Lasting legacy? That’s a tough concept in this day of instant information and instant forgetfulness. Julia always said one had to keep one’s name on people’s lips or they would be forgotten. This might necessitate a conversation rather than a few words.

Everything we’ve done on television has had a huge impact on our business.

About Johanne Killeen and George Germon

Johanne Killeen and George Germon are chef/owners of Al Forno Restaurant which opened in Providence in January 1980. In October 2008 George and Johanne opened Tini in DownCity Providence with David Reynoso. The two chefs have been honored by their peers with the prestigious Ivy Award, and nominated for Outstanding Restaurant of the Year by the James Beard Foundation. They recently published their second cookbook, On Top of Spaghetti.