One of the most amazing things about Julia Child was her total straightforwardness. Once, years ago, when I was saddened by a mutual friends passing, she responded, matter of factly: But he lead a good, long life. And so did she.

Julia was my mentor, friend, a model for how to conduct ones life. It was totally fitting that my first encounter with this grande dame was a fan letter she wrote in 1984 upon publication of my first book, The Food Lovers Guide to Paris.

We met face to face shortly afterwards, and for a good decade, nearly every time she came to France, we would get together. The quips and stories of her never stopped. Once she and a younger friend flew from California to Paris and immediately boarded the TGV to Provence. As she looked out the window watching the porter-less travelers struggling with their bags she said to my friend I wonder what old people do. She was well past 80 at the time!

She and her aging husband, Paul, came to my 40th birthday party, we celebrated her 80th with a dancing party on the terrace, complete with live music from a Barbary organ. One year we were panelists at a Young Presidents Organization meeting in Cannes. After the first day she called me on the phone and said This is sort of like a Shriners convention. Lets get out of here and go to a good restaurant.

That evening, we had a magical dinner at Restaurant du Bacon in Cap dAntibes, a place I knew well and was well known. Julia loved all the attention that was showered on us, and begged to go the next night to a place where they know you.

That was the time she also instructed me to dye my hair. It had become mousey brown, with streaks of curly grey, but I was too much of a Catholic Girl to consider anointing my hair with scandalous dye. Julia just looked at me and said simply People say you look younger if you dont dye your hair. Well theyre just wrong!. The next week I made an appointment at Carita in Paris and have never looked back.

But the best part of the story is Julias Stove. When Julia lived in Grasse in the 1960s, she outfitted her kitchen with a La Cornue stove, a shiny white Art Deco-style model. In 1991, she stayed with us at Thanksgiving, on her way down to close down the summer house for good. I asked if I could buy her stove. (For me, it was the equivalent of having Freuds couch.). She said no. But the next morning she came down to breakfast and said shed changed her mind. I could have the stove. 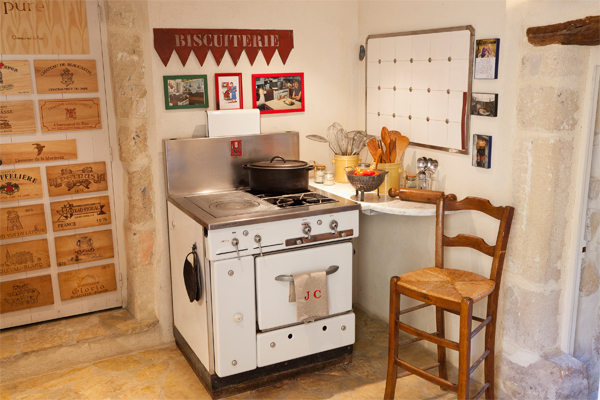 We created a cool, summer kitchen with a stone floor, a marble sink, and Julias Stove, a cantankerous two-burner gas stove with an oven that seems to have only one temperature, 450 degrees F, no matter how you set it. In the summer I have had a quiet ritual: I light the stove each morning, then head for the vegetable garden to gather what has to be picked that day. I make Rustic Tomato Sauce and Eggplant Towers, Stuffed Squash Blossoms and Roasted Pumpkin. By the time I am out of the gym, lunch has been made.

Often, I would email Julia to thank her and deliver news of her trusty La Cornue. As usual, she emailed back within seconds, saying she only wished she could be here and cook on that stove once more.

For years, I saved mementos of her trips. Pictures, menus weve all signed, songs that students have written after cooking in Julias Kitchen. For no reason at all, on the day that she died I decided to frame those pictures and mementos and hang them in Julias Kitchen. I was nostalgic and felt her presence more than ever. Then I got the call of her death. Sweet Julia did indeed live a good long life. 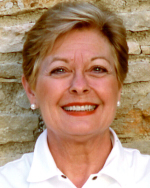 Patricia Wells  journalist, author, and cooking teacher  is an American who has lived in Paris since 1980. She is the author of 13 books, including Vegetable Harvest, We’ve Always Had Paris…and Provence, Bistro Cooking, Simply French, and Trattoria. Her first book, The Food Lovers Guide to Paris, was a landmark work that “cracked the code” to the Paris food world. She is the only woman and only foreigner to serve as restaurant critic of a major French publication, the newsweekly LExpress. From 1980 to 2007 she served as restaurant critic for the International Herald Tribune. Previously, she was a writer and editor for The Washington Post and The New York Times.

Patricia has just released The Food Lover’s Guide to Paris as an application for the iphone. She also teaches cooking classes, At Home with Patricia Wells, in both Paris and Provence. For information see www.patriciawells.com.