The Most Important Thing is Having Fun | #CookForJulia | PBS Food

Food Home » #CookForJulia » The Most Important Thing is Having Fun

The Most Important Thing is Having Fun 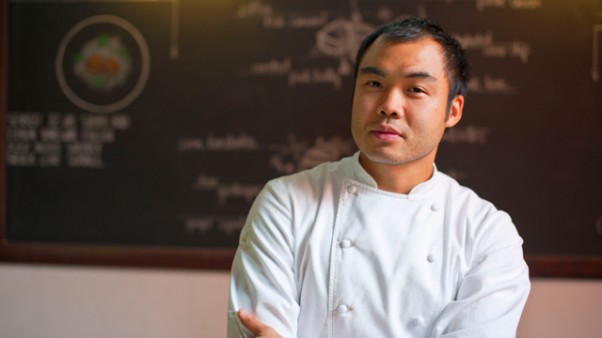 Julia Child pioneered food culture in the United States and opened the door for Chef’s like me. I’ve learned to be fearless and determined in the kitchen and that the biggest hurdle is the fear of failure. But the most important thing is that cooking is about having fun.

Paul Qui has quickly made a name for himself as one of the next best chefs in the country. He began his culinary career in Austin, Texas at Uchi, a Japanese farmhouse dining and sushi restaurant, in 2003. He progressed to become Executive Chef at Uchiko and also founded East Side King, a series award-winning of food trucks. In 2012, Paul won Top Chef Season 9, the James Beard Award for Best Chef Southwest. Chef Paul is currently working on his latest concept, soon to be announced.

Cooking Should be Something Fun and Pleasurable
Her Wit and Passionate Interest
Learn More Providing Support for pbs.org