I don’t believe in twisting yourself into knots of excuses and explanations over the food you make…Usually one’s cooking is better than one thinks it is. And if the food is vile…then the cook must simply grit her teeth and bear it with a smile  and learn from her mistakes.

-Julia Child, from My Life in France

I love Julia Child for showing guts in pursuing a completely new (nay, first!) career at the age of 37, for cooking with abandon (her philosophy in the kitchen boils down to youre all in or youre all out), and for bringing French cooking to the average American cook.

But the extraordinary lesson from Julia that I want my children to internalize is her ownership of her food, mistakes and all. How we act in the kitchen gives insight into who we are in life, and uncompromising accountability is a critical success factor in any major endeavor, whether its making Julias Boeuf Bourgignon (trust me, its major), or interviewing for a dream job.

Julia famously did not believe in excuses, which is most certainly not the same thing as not allowing herself to make mistakes. She simply owned the error. In fact, she even owned mistakes that werent hers, but fell squarely on the lap of physics, such as the potatoes sticking, the mousse not unmolding, or the apple charlotte collapsing. Why? Because she believed that, first, we probably are being too tough on ourselves. Who doesnt fall prey to comparing our blooper reel to the sizzle reel of others? Second, if weve truly done an abysmal job at something, well then there is value in sitting through that, no explanation. Perhaps that abyss is where the learning happens; where the seed for achieving greatness is planted. Losing is a speedbump on the way to winning, in my experience. Success is usually found on the other side of failure, and sometimes the only way out is through. True in the kitchen, and in life.

Just last night, I came this close to apologizing for overcharring the salmon I was serving at a dinner party. Julias words were still ringing in my head, having drafted this tribute to her. Instead, I tossed a few corn tortillas on the grill, put out a bowl of salsa, and called everyone to the table for fish tacos. No apologies; just a smile. 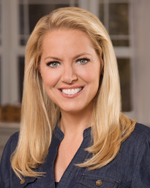