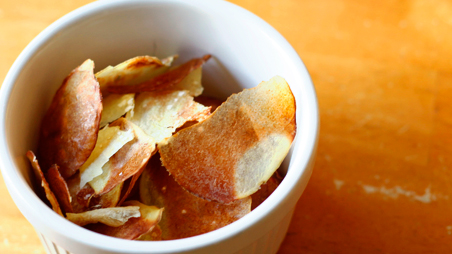 Potato chips are as American as apple pie and hamburgers.  Those thinly sliced crunchy, salty, and oh-so-good but oh-so-bad for you snacks are insanely addicting as coined by Lays Potato Chips marketing slogan, Betcha cant eat just one.  The global popularity of these savory chips are evident by the limitless options for seasonings such as wasabi, steak and onion, prawn cocktail, and my favorite: salt and vinegar.

My favorite American lunch, a turkey sandwich with dill pickle, is never complete without a side of potato chips. Delish! 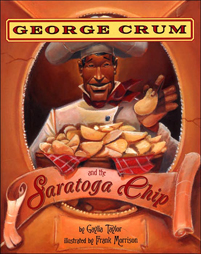 While at the library with my son I found this beautifully illustrated childrens book titled, George Crum and the Saratoga Chip by Gaylia Taylor and illustrated by Frank Morrison.  The book was displayed as part of a collection of childrens books for Black History Month, which is recognized every year throughout the month of February.  I checked the book out and read it to my son at home.  I learned that our beloved potato chips was created by George Crum, an African-American / Native American restaurant chef.

In 1853 in Saratoga Springs, New York at Moons Lake House restaurant, Chef George Crum decided to thinly slice potatoes and fry them as a response to a dissatisfied customer rumored to have been millionaire-entrepreneur Cornelius Vanderbilt.  The disgruntled customer repeatedly returned his dish of fried potatoes back to the kitchen complaining they were too thick and soggy.  The frustrated Chef Crum decided to furiously respond to this customer by cutting the potatoes as thin as possible, frying them longer than usual, and finishing them off with an excessive amount of salt to the point they would be inedible. Expecting the customer to be even more dissatisfied with this new dish, George was surprised with the positive enthusiasm this customer displayed over his new creation.  Originally called Saratoga Chips,  Georges new invention became a popular specialty dish at the restaurant where they were considered a delicacy for the wealthy.  Nearly fifty years later potato chips began to be mass produced by several companies that swept the country by storm, which increased their popularity among the general population.

Chef Georges contribution to one of Americas favorite snack foods make his legacy worth noting as we celebrate Black History Month.

Inspired by George Crum’s Saratoga Chips?  Make your own at home with this baked version.  Enjoy! 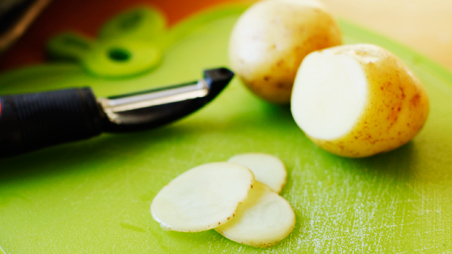 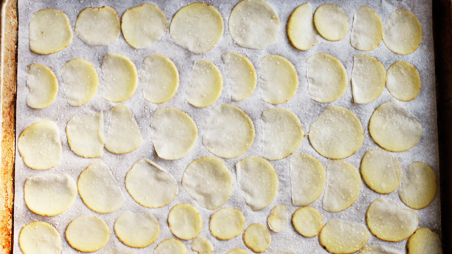 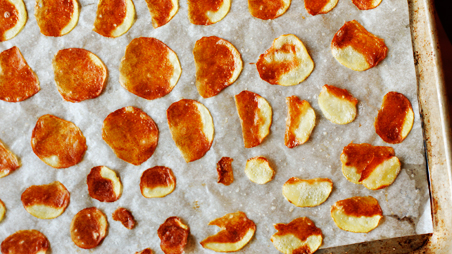 Also, if you’re looking for more great children’s books embracing Black History Month, check out the compilation  of wonderful books by PBS Parents worth sharing with your kids.