In the beginning days of dating my husband, I used to work with a young man with the boyish looks of a slightly older Justin Bieber and the charisma of Macklemore.  We worked as customer service reps at a cellular phone company with our cubicles next to each other.  He often wore baggy jeans, a white t-shirt, and a thick gold chain around his neck with overly gelled blond hair styled like Vanilla Ice.  He looked like the kind of guy who probably went out every night to dance clubs and bars.  But if you knew him like our team did, the only dancing he was doing most evenings was rocking his 1-year-old daughter back and forth in a glider hoping she would fall asleep sooner than later, and maybe catch a couple Zs himself in the process.  When his attention wasnt on his one year old at home, it was usually on his 2 year old son.  Raising two young kids as a single dad was his full-time job outside his full-time job at work.  His name was Jason.  He was 22 years old and widowed.

It was not uncommon for us to have these 2 or 3 minute side bar conversations between service calls as we talked about everything and anything happening in our lives at that given time.  One conversation in particular has always stayed with me.  During one of our mini conversations Jason shared how hard it was to always feed his kids from fast-food restaurants.  Before his wife passed away, she would always prepare family meals, which was great for Jason because he did not know how to cook.  After she died, the drive-thru became a staple for him on his way home from work to feed himself and his kids.  Listening to him I felt so sorry for him and his situation. He was a good-hearted guy doing the best he could, trying to navigate fatherhood alone.

That single conversation with him has never left me.  Right after it happened, I shared Jasons situation with my husband (then boyfriend).  I told Rob, If we ever get married and have kids you have to learn how to cook just a few dishes, for our future kids sake. If I die, promise me you wont not feed our kids fast food every night.

Fast forward many years past our wedding and into our parenting years I have brought up Jasons story to Rob half seriously, reminding him he still needs to learn how to cook  because you never know.  I would love to tell you my husband learned how to cook.  Sadly, this is not the case despite the many lessons Ive given him.  The truth is he hates cooking.

However, I have been successful helping him understand how to cook from a cookbook and how simple cooking can be if he gives it a chance.

One of the easiest fail-proof recipes any person can learn how to cook is chili.  It is one the most filling one-pot meals that can be eaten for breakfast, lunch, or dinner.  Yes, I said breakfast.

Although my husband and I have been married fourteen years, his aversion to cooking remains.  But, even he acknowledges the importance of this valuable life skill.  Teaching Rob to make chili has been a tremendous blessing to me.  This meal can be made on a cold winters night, to enjoy while watching football, or to make while camping with family.  Its a great staple recipe to know how to prepare with nearly zero probability a person can screw it up.

If youve never made chili before, I invite you to make this recipe.  It will give you confidence in the kitchen while feeding your kids a nutritious meal.  Not to mention it makes a great Super Bowl (Go Seahawks!) dish to make for the big game.

Be sure to watch the video above to see Rob learn how to make this dish we affectionately called Dads Chili.  But unlike Rob, make sure you dont cut (with the intent to use) the outer paper layer of an onion.  Yes, Rob went there.

I still bring up Jason time to time to my husband to remind him how important it is for him to know how to cook.  Lucky for us, we now have Dads Chili to enjoy. 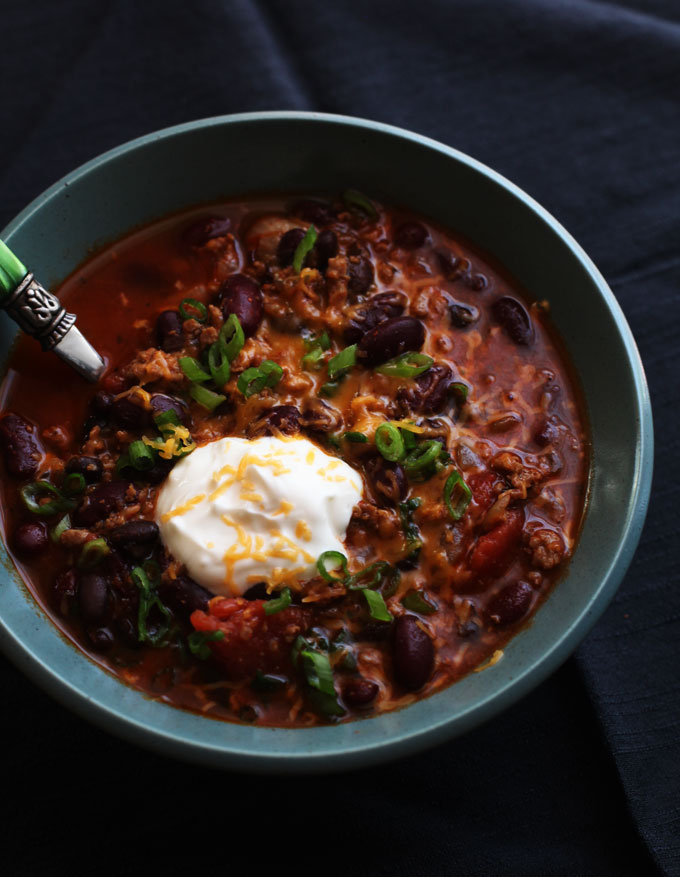