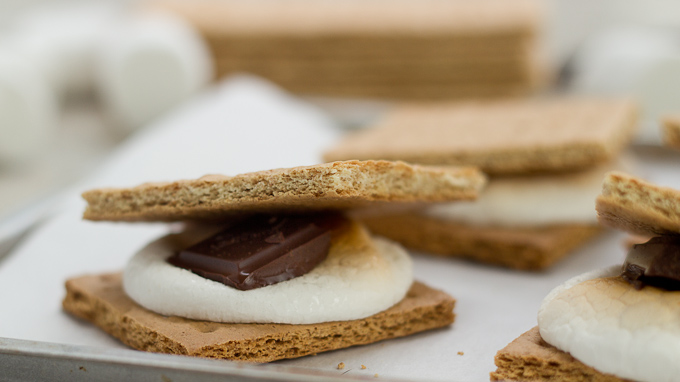 Ask any kid what the best part of a cookout or camping trip is and she or he will probably say smores. But I dont think Ive met too many grown-ups who dont swoon at the thought of smores, too.

Last year I went to a food conference in Carmel, California at a luxurious resort. The evenings in California can be very cool. After dinner dozens of elegantly dressed adults who had just enjoyed gourmet dinners featuring local greens, meats and herbs, now swarmed around the pool-side fire pits and gleefully assembled their own gooey smores.

Now that summer is nearly here I hope well get some opportunities to huddle around a campfire with long twigs or skewers and roast our marshmallows to caramelized perfection before slipping them between graham crackers with a few squares of chocolate and devouring them. But lets face it, in our busy urban lives it just doesnt happen as often as I wish it did.

So for those of us that dont take enough camping trips, my kids and I invented these oven-baked dark chocolate smores that you can make any time, no matter the weather (Bonus: theyre only 200 calories each, not bad for a rich and satisfying dessert).

Smores Surprise Cookies from Tales of an Overtime Cook 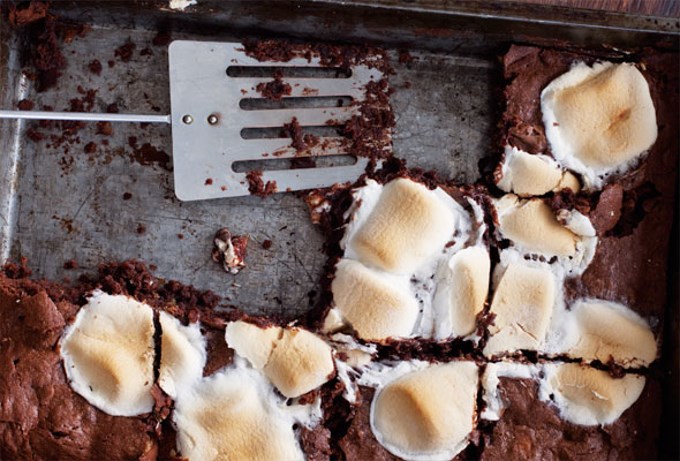 Smores on a Stick from Family Spice 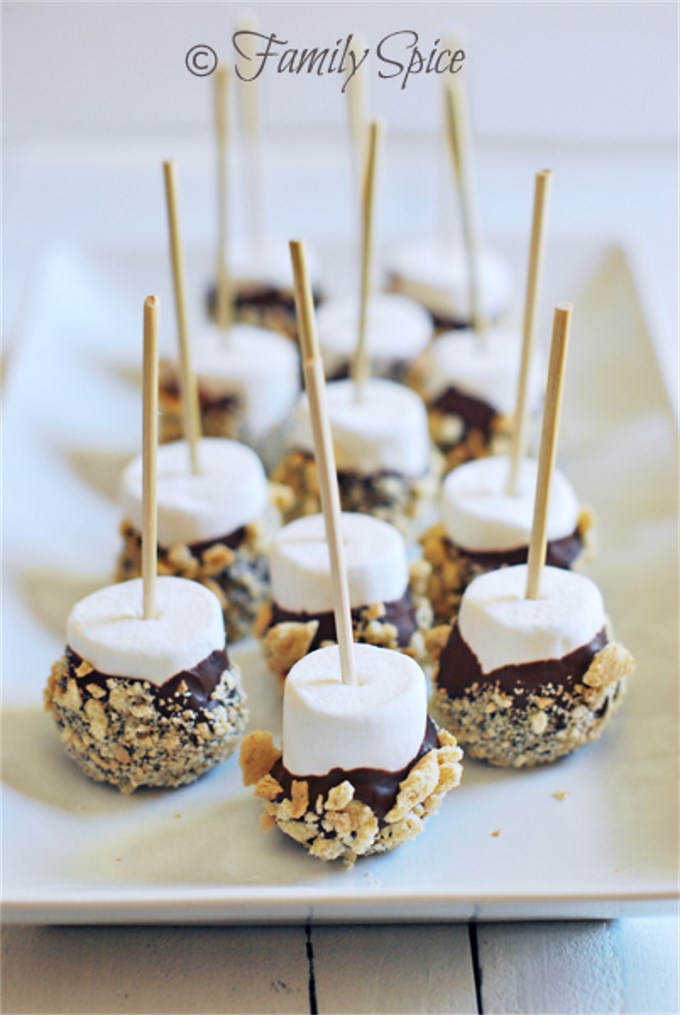