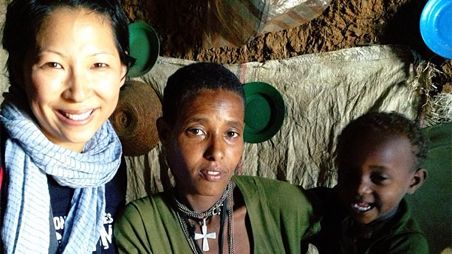 Having just returned from Ethiopia as part of the ONE Moms team, Im still processing all my thoughts and feelings from this life changing trip.  During a rural site visit I spoke with one local single mother through a translator on how often she and her baby eats.  Ideally I would like us to eat twice a day but most days we eat once, she tells me.  When I ask the community worker what people eat in the rural community, Im told it is a porridge made up of ground legumes, seeds, corn, and other vegetables.  Standing in her hut made of mud and straw, it was very clear to me that she desired so much to be able to care for her child but the reality of living hungry daily was challenging and exhausting.

Today is World Food Day.  Organized by the Food and Agriculture Organization of the United Nations (FAO), International leaders around the world are raising awareness and understanding on how to end global hunger in developing countries. 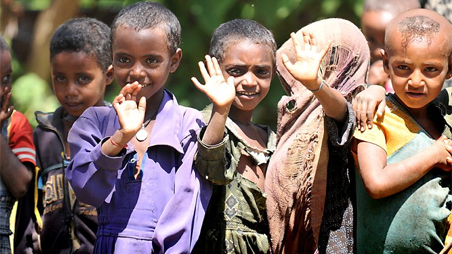 Global hunger in developing countries impacts 25 million children suffering chronic malnutrition and 2.4 million will die this year from it.  Having witnessed what extreme poverty is first hand, I realized how important it is as a parent to educate my own children to grow up as compassionate people who will have a desire to actively participate in the fight against global hunger. 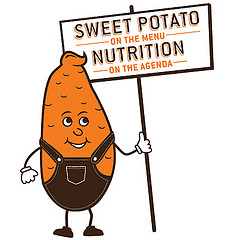 Co-founded by Bono of the music band U2, ONE is a non-partisan, non-profit organization with the goal of fighting extreme global poverty and preventable diseases through advocacy.  This year they launched the THRIVE campaign which focuses on the orange-fleshed sweet potatoes as a means of putting nutrition on the global development agenda.

Packed with vitamin A, 7 million tons of sweet potatoes are produced each year and are widely eaten in Africa.  With more than 600,000 children dying from vitamin A deficiency, the sweet potato is a powerful food in fighting malnutrition.

To read more about my trip, you can read my latest blog post, The Power of One  Why A Single Drop Matters #ONEMoms

Chicken and Sweet Potato Dumplings by Healthy is Delicious

Prosciutto Wrapped Stuffed Sweet Potatoes by What We Are Eating