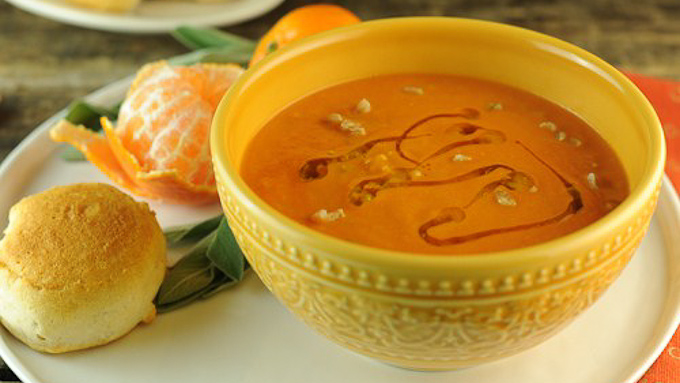 One thing that really drives me crazy is wasted food. Im definitely not one of those clean-your-plate moms, which I know can lead to overeating or eating disorders, but I am one of those dont-order-it-if-you-cant-eat-it parents.

Last month on an extended family vacation, my 8 year old niece was very unhappy that I wouldnt let her order spaghetti and French fries, because experience had shown that she wouldnt be able to eat both and a lot would go to waste. (Or worse, I would eat it!) We struck a deal that if she finished her childs portion of spaghetti and was still hungry, we would order fries. Well guess what?  She did finish it, and decided to split the fries with her brother.

On the airplane back from that trip I heard what to me, was a horrifying story. I sat next to a man whose daughter works at a major international theme park. She was recently married at the park in a large wedding with 300 guests.  Her father told me that the parks policy for weddings is that, when there are several main course meal options, the kitchen actually prepares enough of each dish for every guest, just in case all 300 decide to order the same thing. I imagine that the park is so obsessed with their guests happiness that they dont want even one guest to be disappointed, even if its a real long shot. So for this wedding, where there were 3 meal options, the kitchen actually prepared, and the brides family had to pay for, 900 meals! My chin nearly dropped to the floor and I asked what happened to all that extra food? He said they dump it, of course.

Food waste is a major issue worldwide, but probably no country wastes more than we Americans do because of our relative wealth and culture. A study last year by the Natural Resources Defense Council found that nearly 40% of food that is produced in the U.S. never makes it into our bodies. Thats a shocking amount of waste, and much of it is preventable.

As a family dinner planning expert and founder of the meal planning site, The Six OClock Scramble, Ive found that one of the most effective ways to reduce waste is to plan meals in advance, try to grocery shop only once a week and to finish all the food you buy before buying more. In fact, I usually plan for one less meal than I think well need so that I can make one dinner out of leftovers or odds and ends still in the refrigerator at the end of the week.

Last week I received this note from new Six OClock Scramble member Stephanie V. of Winston Salem, NC who said, I’m only about 3 weeks in, but you have changed my life. I’m no longer a short order cook and my husband, 5 year old daughter and I are once again enjoying dinner together – as a family. And, the best part . . . so much less food waste from poorly planned trips to the store!!!

Making soup or stew is a great way to finish leftover portions of vegetables or grains. For this Tuscan Farro, Vegetable and White Bean Stew, you can add any vegetables you need to finish up at the end of the week. Farro, an ancient whole grain with a distinctly nutty flavor, comes from Italy and is becoming popular in the United States. (My favorite brand, if you can find it, is Tuscan Fields because its organic, non-GMO, in other words they dont use any genetically modified seeds, and comes directly from the hills of Tuscany.) Farro is high in fiber and protein, low on the glycemic index, and is a good source of B vitamins and magnesium.

If you dont plan to eat the stew right away, keep the cooked farro separate from the pureed soup so the farro doesnt soak up all the liquid. For a meatier version, sauté 1/2 cup chopped pancetta or bacon with the vegetables.