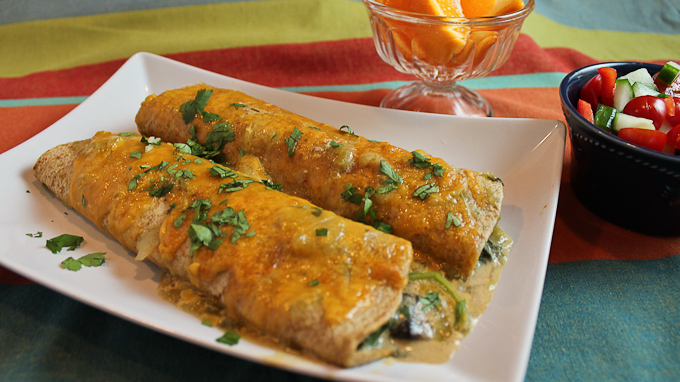 This Sunday the Mexican restaurants in town are likely to have overflowing, boisterous crowds as Americans flock to them to celebrate our countrys version of Cinco de Mayo. Cinco de Mayo celebrates a major Mexican victory against French invaders on May 5, 1862, but here it is mostly a festive excuse for people to drink Coronas, margaritas and enjoy Mexican food. Cinco de Mayo is sometimes confused with Mexican Independence Day, which actually falls on September 16th but isnt celebrated widely in the US or Canada.

I grew up in Santa Barbara, California, which has a large population of immigrants from Mexico, and consequently has some of the best Mexican food in the states. People flock to stand in long lines at a glorified taco stand called La Super Rica, which was known to be among Julia Childs favorite places to eat.  But my family prefers a slightly more civilized and less crowded place just down the road from La Super Rica called Los Agaves, which has the best enchiladas Ive ever tasted and a killer salsa bar to accompany their delicate, freshly fried tortilla chips.

I love enchiladas, but traditional enchiladas, such as those we enjoy at Los Agaves, can take far too long to make for a weeknight family dinner. These vegetable enchiladas inspired by a recipe from Six OClock Scramble subscriber Alison Kavanaugh of Chapel Hill, North Carolina, are light and full of healthy vegetables rather than chicken or cheese, and have only about 250 calories each.

You might also enjoy Molletes with Pico de Gallo from my friend Pati Jinich, whose fabulous new cookbook is called Patis Mexican Table (which is also the name of her show on PBS).